Months after the province's universities and colleges submitted proposals to the Ontario government that would open the door to raising salaries for senior executives, only a few of those plans have been approved and posted online for public feedback.

Of the four frameworks that have been approved so far under legislation that will lift a freeze on management salaries in the public sector, none contain hikes exceeding 5 per cent annually, said a spokesperson for the Ministry of Advanced Education and Skills Development.

Increases, however, could continue for years as universities and colleges try to close the gap between what a position currently pays and what each institution has determined is a competitive salary. At Queen's University and the University of Ottawa, the gap ranges from about $90,000 to $2,000, depending on the position.

Faculty associations at universities and colleges say they will be analyzing the plans closely.

"We are in favour of anything that generates a bit more transparency and openness, especially around senior administrative roles," said Gyllian Phillips, the president of the Ontario Confederation of University Faculty Associations (OCUFA). "It's one thing to say, 'What do you think about this?' … But what we are waiting to see is how that is translated into changes to the initial proposals," she said.

The current roll-out of the executive-compensation programs is the second time the higher education sector is trying to emerge from a government-imposed pay freeze on management salaries that was introduced in 2012. Last winter, colleges released a first round of proposals that could have led to salary jumps of as much as $100,000 for some college presidents. Faced with a public outcry, the government sent colleges back to the drawing board. It also introduced legislation that imposes far greater oversight on pay raises for top managers at all public-sector employers, including hospitals and school boards across the province.

In the legislation that passed last summer, employers must set maximum executive salaries at the median level of a comparable group of employers, and can only increase compensation within a set "pay envelope" that is used to fund the wages of all senior administrators.

To draft the new frameworks, colleges and universities hired external consultants who conducted a survey of senior administrative salaries in the province and across Canada at higher education institutions. Each institution used the information to draft its own proposal.

None of the plans from the province's 24 colleges have yet been approved and only four university frameworks have received the green light to begin public consultations with their campus communities.

"We are working through it and we'll see where it lands," said Don Sinclair, the CEO of the College Employer Council, which retained Mercer Canada to conduct a survey of executive pay across the college sector.

Annual hikes to the pay envelope at most colleges is also likely to be in the 5-per-cent range, he added.

"When you are attracting executives to run these complex organizations, you are not just educating students … Colleges all have residences, food services, state-of-the-art research facilities, international partnerships," Mr. Sinclair said. "You are competing with other public-sector employers to get the talent to run these organizations."

But college faculty, who walked the picket lines this fall in the province's longest-ever college strike, said executive pay should be connected to the compensation of staff such as contract instructors.

"When you are looking at executive compensation in the public sector it should be linked to the lowest-paid workers," said JP Hornick, who chaired the faculty bargaining committee for the Ontario Public Service Employees Union (OPSEU). "So the increases that administrators are getting should not be greater than what is happening at other ranks within the college."

College instructors and librarians received a raise of 7.75 per cent over four years. The faculty union plans to address executive-compensation levels as part of discussions during the provincial task force on the future of the college sector.

"We believe the money should be going into the classrooms," Ms. Hornick said.

Before raising pay levels, universities and colleges must seek approval and feedback from the government, then post the proposals on their websites, and track the feedback they receive from the public, including their faculty associations or campus unions, during a 30-day consultation period. Proposals from Queen's, Waterloo, Laurentian and the University of Ottawa have so far been approved by the government and are in various stages of the public-consultation process and redrafting.

As with the proposals from Queen's and Waterloo, the University of Ottawa plan argues that the wage freeze is threatening to make pay levels uncompetitive for senior staff. "The pool of top university executive talent is not large. … We have had difficulty hiring senior executives and recently lost one to another organization," its plan states.

In addition, wage compression is affecting recruitment, the universities' documents say, pointing to narrowing gaps between executive salaries and senior positions like deans. 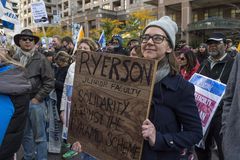 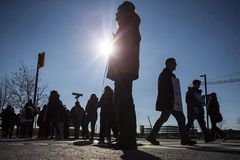