The natural nanotechnology that gives some butterfly wings their vibrant colour could soon make banknotes harder to counterfeit, thanks to research from Simon Fraser University in Vancouver.

NanoTech Security Corp. of Vancouver has licensed technology for creating nanoholes — an extremely fine grating of holes so small they can trap specific wavelengths of light. The technique has been replicated from the wings of a species of butterfly called morpho, whose wings contain no pigment but have miniscule holes that cause them to shimmer in an iridescent blue or green said to be visible to the human eye a kilometre away.

While these structures can be imprinted on paper or other materials, they will require very complex equipment to produce, so the handful of specialized printers that produce the world's currencies could use them to make life more difficult for counterfeiters.

The research originated in the lab of Dr. Bozena Kaminska, Canada research chair in wireless sensor networks at Simon Fraser.

Graduate student Clint Landrock, who was inspired by the morpho's wings while working on his master's degree, says he began thinking about anti-counterfeiting technology when Bank of Canada representatives at a National Research Council presentation expressed interest in using nanotechnology to create more secure banknotes.

He experimented with nanoholes that can reflect light in specialized ways. What he came up with looks somewhat similar to the holograms on vertical strips on Canadian money today, but with critical differences.

First, Dr. Kaminska says, nanoholes can produce full-colour images that seem to shift and change colour as you move the bill. Also, Mr. Landrock explains, today's holograms are printed on separate thin strips of aluminum and stuck to the bills. Nanohole structures can be printed directly on a variety of materials. "You can get the same kind of brightness that you can on a hologram," he says, "but you don't have to put it on a shiny material."

Since holograms are no longer rare, Mr. Landrock says, they don't provide the security they originally did. "You can go to a dollar store and find a hologram that might look similar or create a similar effect to one you'd see on a banknote." Sticking such a hologram on a bogus bill could be enough to fool the untrained eye.

He says nanoholes, on the other hand, will require complex and expensive machinery to produce, yet can be produced fairly cheaply in large volumes. "Because they're on a nanoscale, they're essentially impossible to reverse-engineer," Mr. Landrock says. The images can also be coded so that machines can read them, Dr. Kaminska says, allowing for verification devices to check banknotes at banks and retail outlets.

Doug Blakeway is entrepreneur in residence at Simon Fraser. One of his responsibilities in this volunteer role is using his business experience to help fine-tune presentations by graduate students and faculty. He remembers June 22, 2009, very well — that was the day he was asked to listen to Mr. Landrock and Dr. Kaminska's presentation on nanoholes and security. It was a busy day for Mr. Blakeway, but he slipped away at lunchtime and drove up Burnaby Mountain to hear their pitch. He was glad he did.

"I love nanotechnology," Mr. Blakeway says, "but have never seen an application where you could actually see it become commercialized or make money from it." But as the SFU researchers explained their technology, he began to see "huge applications."

Mr. Blakeway was already chief executive of Wireless 2, a Vancouver company that was in the security business, though its products were more traditional — body mikes and other paraphernalia — than nanotech. He renamed that company NanoTech Security Corp. Dr. Kaminska, Mr. Blakeway and Mr. Landrock have formed I|D|ME Development Corp. to exploit the nanoholes technology.

Besides money, Mr. Landrock says, nanoholes could be printed on documents like drivers' licenses, pharmaceutical labels and passports to deter copying. NanoTech Security wants to start with banknotes, Mr. Blakeway says, because they are considered the highest standard in document security and banknote suppliers would be reluctant to embrace any security technology already used elsewhere, whereas once the technology is used in banknotes, others will be more eager to get it.

Though new technologies usually take five years or more to find their way into currency production, Mr. Blakeway says some banknote suppliers have told him the nanohole technology could get into production in as little as two years. 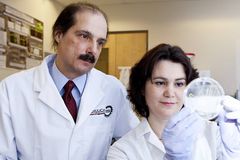 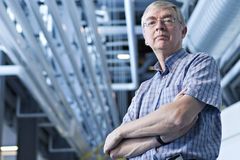 Universities are all fired up to exploit the sun's power
March 9, 2010 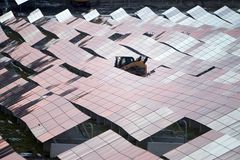