Imagine a school without examinations, age based grades, and a single teacher– that's what I spent doing last week along with a group of education experts from around the world at the Waterloo Global Science Initiative (WGSI) Equinox Summit. The goal of the event was to pioneer a progressive model for future schools and to predict implementations needed by 2030 to increase the relationship between schooling and learning. The uncertainty lies in how the ideas presented at the summit could be implemented in the classroom.

Among the most frequent proposals during the Equinox Summit was that of "stage-based not age-based" learning. This would mean getting rid of grades 9-12 and replacing the with a project-based system. Students would learn as they progressed through the material, not be held back or moved forward because of their age. The amount of time that students spend in school shouldn't depend on their age but instead, on their ability to perform.

This is an underlying reason for student disengagement; high-performing students are forced to learn things that don't challenge them. Those who learn slower grow similarly disengaged – both are led down a path of underachievement.

Along with stage-based learning, comes a different approach to how students should be assessed – a system where examinations would be replaced with qualitative portfolios that record accomplishments on certain tasks without a quantitative value.

This process does for students what we have continually failed to do in education – allows them to be autonomous in pursuing their passions. Replacing examinations removes the pressure from a student to conform to what is being examined. The system has encouraged students to learn to the test. The alternative model, having qualitative portfolios, adds greater breadth and depth to the concept of assessment. Students would be graded by the extent of their progress, contributions to academic forums relevant to their passions and by an overall grasp of the materials being taught – and not by a single test.

One also can't deny the role of third party organizations in school – don't freak out.

In order to create an all-encompassing student experience, we must recognize the diversity in thought and learning that can be gained by including NGOs, private organizations and the public in the schooling process. It often unnerves people when they think of third party influences on schools, but the reality is that students are already exposed to everything from propaganda to partisan politics.

Schools attempt to "protect" them from these influences but students must face the realities of the world through more than just the perspective of a single teacher. There are ever-increasingly abundant and accessible views of academic fields – it would be naive to ignore this in the realm of schooling.

When it comes to the problems in education, students feel a clear divide between schooling and learning, they feel that current assessment models constrain ambition and the pursuit of passion, and that school has limited them in understanding the realities of the world. Of course, it's not fair to generalize what students think as if they are one entity, but these views echo the concerns of many.

In the past few decades, school has succeeded in only one aspect – to decouple itself from the idea of learning. Reform is inevitable for the future of education and there must be a greater sense of urgency because every day, another students grows disengaged with learning.

Next week: A teacher weighs in on the recommendations from Learning 2030.

Kourosh Houshmand was a student trustee for the Toronto District School Board and Vice-President, Ontario Student Trustees' Association Public Board. He is attending Trinity College at the University of Toronto. 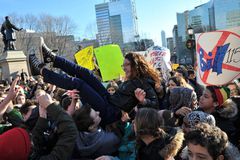 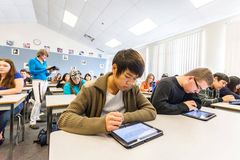 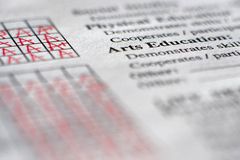