Krista Wolfram credits an innovative new assessment program with helping catch her daughter's difficulties in school early. When Antonio Vendramin, principal of Georges Vanier Elementary school in Surrey, B.C., announced to parents in November that the school would no longer award letter grades, Ms. Wolfram was skeptical. "Some of us were scared of change," Ms. Wolfram, whose daughter is in Grade 2, recalls. "I grew up with As, Bs and Cs."

Instead of reporting to parents only two or three times a year, teachers began regularly communicating using an online student portfolio system called Fresh Grade. Ms. Wolfram quickly discovered that her daughter was having difficulty with her writing. "Every day her teacher would snap a photo of her journal or a video of her writing with her phone or iPad," Ms. Wolfram explains. "I could see exactly where she was struggling, and I could work with my daughter and her teacher to help."

Because Ms. Wolfram was able to intervene early, her daughter was writing at her grade level by the time she received her report card just before spring break. "If we had to wait until her report card to find out, she would have failed writing," she says. "I wouldn't have known she was struggling."

The Surrey Board of Education pioneered a pilot program eliminating letter grades in several elementary schools in September and now more than 40 classes at 13 elementary and six secondary schools have joined the experiment. Nine more schools are set to join soon, and the results will be reviewed this summer.

The Surrey school district is not alone. Schools around the world are experimenting with new ways to assess student achievement that do not rely solely on high-stakes reports that use numerical marks and letter grades. The movement is in part a response to calls from employers for the school system to emphasize skills such as creativity and communication, not just knowledge of traditional subjects. But even as recent research suggests that descriptive feedback better supports students in developing these soft skills than traditional grades, parents, educators, and higher education institutions are struggling to adapt. If there are no grades, how we will know whether students are prepared for jobs or further study?

In response, school boards in Canada are implementing new approaches to assessment. Elementary students in Ontario no longer receive letter grades on their fall report card. Quebec has reduced the number of formal reports to parents, opting for more descriptive feedback.

In June, the Calgary Board of Education announced a plan to eliminate letter grades up to Grade 9, a measure that was hotly debated. The new report cards would have used four phrases − exemplary, evident, emerging or support required − and not included written comments from teachers. Many parents were concerned about the proposal. Cathy Ward, a spokeswoman for the Calgary Board of Education, says that while some schools have begun transitioning to new ways of assessment, the board is reviewing the plan and no firm decisions will be made until they consult further with parents and teachers.

At Fraser Heights Secondary School in Surrey, English teacher Leah Samson no longer uses numerical marks to give students feedback on assignments. She devotes considerable class time to teaching students how to assess their own learning and give effective peer feedback. She also has regular one-on-one meetings with students to discuss their goals and progress. Instead of Ms. Samson telling students how they are doing, they are expected to articulate to her what they learned in class, how it relates to their learning goals and where they're struggling.

Ms. Samson is still required to give students a letter grade at the end of each semester, but the letters have taken on a whole new meaning to her and her students. Struggling students have a much clearer idea of how they can move from a C to a B or an A. "Once grades are removed, students are learning for themselves rather than learning for their teacher."

The move away from grades matches a growing belief among employers that traditional assessment is not the best way to help students develop the skills they need to succeed in today's world. In national and global surveys, employers don't complain about applicants lacking specific knowledge or technical skills, which are easy to test and express in a letter grade; they want employees who can analyze critically, collaborate, communicate, solve problems and think creatively. A 2012 McKinsey & Co. survey of 8,000 students, educators and employers in nine countries found that there was a gap between what educators thought students needed to succeed and what employers really wanted. "Education providers will say that all skills are important, whereas employers will place much clearer prioritization on soft skills – where the likes of team work and work ethic come out quite strongly," Mona Mourshed, director of education at McKinsey, said.

Traditional assessment largely focuses on measuring students' ability to regurgitate information and was designed for certification and accountability purposes rather than to support student learning, argues Maria Langworthy, chief research officer with Ontario education expert Michael Fullan's research group. "Think about working in a knowledge-based economy where the sort of end products we produce are intellectual, things like software, design, social policy," she explains "There's no multiple-choice test that can capture the value and complexity of those sorts of products." 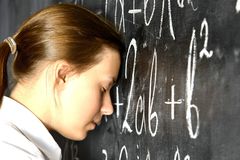 Opinion
Fear math, not numbers – the kids will thank you
April 3, 2014 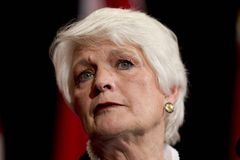 Teachers’ pay should be based on performance, not years worked: report
January 23, 2014 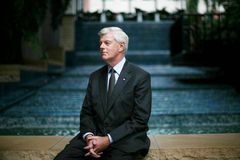 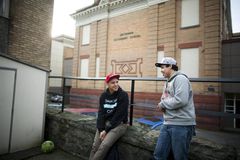 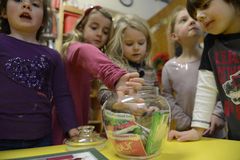