In economist Roland Pongou's native Cameroon, one in 20 people are infected with HIV/AIDS, and women more so than men. When probing the gender disparity, he reached a curious conclusion: Women are less likely to cheat on their partners and, oddly, that makes them more vulnerable.

Dr. Pongou's research into networks of infidelity has won him the prestigious Polanyi Prize, one of five $20,000 awards to be handed out Monday to early-career researchers in Ontario, named in honour of John Polanyi, who won the Nobel Prize for chemistry in 1986.

An assistant professor of economics at the University of Ottawa and a trained mathematician, Dr. Pongou, 37, may seem an unlikely candidate to explain unfaithfulness. He describes the passions and indiscretions of sexual relationships in terms of "rationality" and "maximizing utility." Yet economics can make sense of sex, he insists, and challenge assumptions that shape public-health and social policies.

Dr. Pongou grew up and trained as a mathematician in Cameroon, but wanted to tackle the country's social issues, such as malnutrition and the spread of disease. He won scholarships to study demography in Belgium and public health at Harvard University, where his varied interests found an outlet in economics.

His prize-winning research models the way social norms shape sexual networks, and how the "geometry" of those networks spreads a disease like HIV/AIDS. Those interconnections are shaped by factors such as culture, ethnicity and socioeconomic status. It gets complicated by classical infidelity – people enjoying several partners, but not wanting those partners to do the same – which plays out differently around the world.

Public-health efforts have often focused on the fact that the number of sexual partners a person has is a good indicator of the likelihood the person will contract HIV. So in regions like sub-Saharan Africa, where infidelity and even polygamy are often accepted for men but not tolerated among women, "you would think that men would be infected more than women," Dr. Pongou said. "But it is actually the opposite."

To explain why, Dr. Pongou diagrammed sexual networks. When men in a network often have multiple female partners, that network reaches more women, and an HIV/AIDS infection in any one person will spread throughout.

He is convinced that education on its own – about using condoms, for example – won't right the social imbalance that leaves women more vulnerable to HIV/AIDS. More attention must be paid to the norms and pressures that shape people's sex lives, he says, like social inequality and women's rights, "but those factors are not very easy to change."

He thinks networks take shape because people act rationally. In sub-Saharan Africa, for example, the disease is more prevalent in better educated people, which may seem surprising until one considers a person with higher social status attracts more partners. "It's part of nature. There is a reason we do what we do," he says.

But are sex and love really so utilitarian? Dr. Pongou thinks economics even has an answer for bad bedroom decisions. "In fact, I have developed an expansion of my model where people act rationally, but where they make mistakes," he said.

His fellow prize winners are York University's Jean-Paul Paluzzi for tracking how blood feeders like mosquitoes transmit disease; University of Toronto physicist J. Patrick Clancy for work exploring quantum materials; David Francis Taylor, also of U of T, for showing the impact of political cartoons on 18th-century Britain; and Wilfrid Laurier University's Diane Gregory, for examining the development of back pain to understand and treat spinal injuries.

The sex lives of real people: Why this site shows what really happens in the bedroom
October 31, 2013 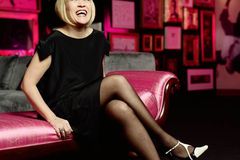 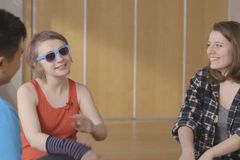