When Ash and Kees Bouman started junior kindergarten in Toronto, they were just three years and eight months old, making them the youngest in their class. Since they were born in December, several weeks ahead of their January due date, their mother, Majero Bouman, initially wanted to not only delay their starting school, but for them to be in a different age group when they did start.

"I didn't want them to be the youngest," says Ms. Bouman. "Because their birth date made them span the year change, I felt that they should be in a different cohort. Then they would have been among the oldest in the class, which studies seem to show is a benefit. For instance, when it comes to sports education, the youngest may be the smallest and their co-ordination behind their classmates, so they'd get passed over on things like sports teams."

Related: Kindergarten can be costly for parents, even without the 'embellishments'

Opinion: Report cards are failing parents and their kids

She decided not to pursue the special dispensation required by the TDSB (Toronto District School Board) to change cohorts, partly because the twins seemed intellectually and socially ready, and in part because the class at their neighbourhood school was small, with "an amazing teacher" who let the twins ease in on a reduced schedule until they were ready to go full-day. Now in Grade 1, the twins are doing well, despite switching schools in senior kindergarten and starting French immersion.

"The boys didn't have a problem with attention span or focus," says Ms. Bouman. "They were capable of handling it, so I think it worked out fine, but had they been in a class of 30 students, it might have been very different."

Keeping children with late birthdays back from entering kindergarten with their age group is known as redshirting, a practice from U.S. college sports that keeps athletes out of competitive games for a year to further develop their skills. Redshirting kindergarten students is becoming an increasingly popular trend in the United States, where research estimates suggest that anywhere from 4 to 20 per cent are redshirted. (There are no national figures for Canada but redshirting appears to be a growing trend in Western Canada.)

Some parents looking to give their children an advantage may have been influenced by the fact that the majority of Canada's elite hockey players were born in the first few months of the year, making them typically the oldest and strongest coming up the junior ranks – as noted by Malcolm Gladwell in his best-selling book, Outliers. As well, academic research in the United States, such as a 2006 study from the University of California at Santa Barbara, has shown that grade-school children who were the oldest outscored their younger classmates on standardized math and science tests by as much as 9 per cent – although that gap fades as students get older – and new studies, including one from North Carolina State University, suggest that younger kindergarteners are more likely to be diagnosed with learning disabilities such as ADHD.

However, other studies counter that there is no advantage in holding children back. A 2007 study from the U.S. National Bureau of Economic Research suggests that exposure to more mature kindergarten classmates raises test scores up to eight years after kindergarten, so being younger may be beneficial.

Charles Pascal, a professor of human development and applied psychology at OISE (the Ontario Institute for Studies in Education), says that one of the benefits of having children in kindergarten earlier is that if there is a developmental issue, it is more likely to be identified early, allowing parents and educators to take action earlier.

"Parents often miss the early markers for all sorts of things," says Dr. Pascal, who advised the Ontario government on implementing full-day learning for four- and-five-year-olds. "Would you rather have a question mark raised and a diagnostic done earlier or later?"

Dr. Pascal says that very few Ontario parents are actually asking for their late-birthday children to be held back, as most understand that the curriculum is a day at water-and-sand stations, playgroups, circles and music – an enriched play-based environment, which is showing through research to incur positive social, emotional and cognitive gains for students.

He questions whether parents can recreate the kind of enriched environment that kindergarten provides if the child is kept at home. "If I had a child whose birthday was Dec. 31, whether they seemed ready to go or a little shy, I'd see it as a huge advantage for them to be in a situation with more opportunities to socialize in a safe and caring environment," says Dr. Pascal. "You may be holding them back by holding them back. What we're holding them back from is really quite valuable in terms of developing more self-confidence and maturity."

But the decision parents make must take into account their family's unique circumstances.

John McNamara, an educational psychologist and professor at Brock University in St. Catharines, Ont., is also a parent who held his own late-birthday son back a year because he decided his child could benefit from another year of development in his social, academic and emotional growth before starting school.

But he advises that parents with late-birthday children look at their individual child's needs. If there are needs that centre on social, academic and emotional growth, and even physical growth, and they feel their child could benefit from another year in those areas, then they should consider holding their child back. But if they think their child is mature and ready for school and they would be bored at home, then it's a great choice to send their child off to school.

In addition, he cautions that parents really need to consider their own situation before making a decision. They should ask themselves: What are they going to do with their child for this year at home? Can they afford to take another year off? Where is their child going to be during that year?

"It's a complicated decision but you need to look at whether your child's needs and your own circumstances as a caregiver come together in a way that says, 'Yes, I'm tipping the scales toward making the decision to hold my child back,' " says Dr. McNamara. "Then, you have to have the conversation with the school and whether the school board will allow this and support your decision to do it." 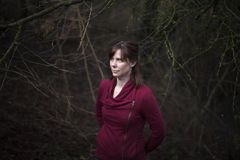 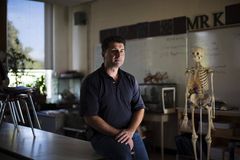 Should schools hold back students?
September 25, 2015 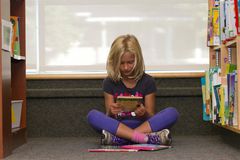