Nicole Wang has known for years that she wants to pursue a career in science or engineering. She has worked to maintain an average in the 90s throughout high school, and despite the stress of university application season, the 17-year-old Edmonton resident is now confident she will have her pick of top postsecondary institutions.

Ms. Wang is among a group of students dubbed the high achievers in a study released earlier this month: A busy, confident cohort, they serve on student councils and participate in athletics and school clubs. Its members – the top five per cent of high schoolers – also share another trait: They are much more likely to register in science and engineering programs than the general student population. The study, from the Higher Education Quality Council of Ontario (HEQCO), focused on that province's students, but the conclusions it drew about the behaviour of ambitious teens have national significance.

These are students who are acting on the message from governments and industry that job growth will be strongest in STEM disciplines (science, technology, engineering and math), precisely where Canada faces a shortage of qualified graduates. In exchange for their accomplishments in high school, however, high achievers demand to be challenged with small classes and access to faculty. Meanwhile, universities are grappling with limits to government funding, making it difficult not only to meet these expectations, but to admit as many students as would like to study STEM fields.

The science faculty at the University of Alberta, for example, has 6,700 undergraduates; government funding covers only 6,100 of those students. In the last couple of years, the university increased class sizes before deciding that it had to once again raise the average needed for admittance next fall to at least 80 per cent, four percentage points higher than last year. Four years ago, it stood at 72. At the University of Waterloo, getting into engineering requires marks in the low 90s, compared with the mid-80s a decade ago.

"Right now, given the current funding levels, we can't handle the [volume of students]," said Jonathan Schaeffer, dean of science at U of A. "When interest in science starts skyrocketing," Dr. Schaeffer added, "you have to be realistic about what you can do, and we just can't open the doors to everybody because we just don't have the capacity."

Some universities have turned to supplementary applications to find students suited to demanding programs. The University of Toronto requires students to complete a profile form that outlines strengths and interests for admittance into engineering and commerce so it can consider factors other than grades, said Richard Levin, the U of T's registrar. And the University of British Columbia became the first mainstream university to require all applicants to submit personal essays and list extracurricular activities, so it can find better-rounded students.

But if Canadian universities cannot deliver the personal, quality programs top students look for, high-achieving students consider setting their sights on universities outside the country, looking to the Ivy Leagues or the U.K., the HEQCO report found.

Along with the University of Alberta, Queen's and McGill, Ms. Wang is applying to the University of California, Berkeley. Losing ambitious teens, like Ms. Wang, to institutions abroad can diminish the country's universities and economy, said Harvey Weingarten, president of the HEQCO.

"The whole world is competing to recruit and retain the best talent. These high achievers are one, not the only, element that supports and fuels an increasingly knowledge-based economy," Dr. Weingarten said.

Winning the competition for university spots comes at a cost. The tension at Ms. Wang's school, Old Scona Academic, is palpable at this time of the year. "I know for me it's getting more stressful by the week," she said. "When there's competition, it's always going to be fierce."

Toronto student Amir Alizadeh-Ebadi, 17, studies till 2 a.m. almost every night so he can maintain his almost 90-per-cent average and compete with others applying to university science programs. Mr. Alizadeh-Ebadi has applied to U of T, McGill University, Queen's University and the University of Western Ontario. He is already thinking ahead to graduate school, and is considering applying to the United States then.

Mr. Alizadeh-Ebadi wants to follow in his father's footsteps. His dad is a doctor, and, with his parents' encouragement, he sees a future for himself there. Still, the pressure to get into a competitive program can be overwhelming for him and other top students.

"I kind of feel nervous, to tell you the truth, because you just never know," he said. "I am under a lot of stress. There's not enough time for things I enjoy. It's always school, school, school."

You said it: What should universities do to address student stress and mental health?
December 3, 2012
Female academics excluded from recognition and equal pay: study
November 21, 2012 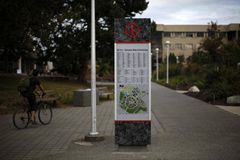 Where have all the public-school system students gone?
November 14, 2012 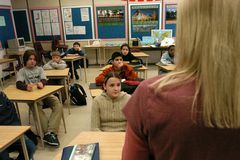