In recent weeks, a police program in London, Ont., has been in the media as a unique response to a very common challenge in Canadian cities with substantial numbers of postsecondary students. Project LEARN (Liquor Enforcement and Reduction of Noise) is a police patrol program run exclusively in student neighbourhoods near Fanshawe College and Western University during the back-to-school and homecoming periods in the fall, as well as on St. Patrick's Day in March. Project LEARN gives police officers the power to ticket students for amounts ranging from just over $100 to over $600 (or the cost of a half-credit course at Western), for liquor, noise, and public nuisance infractions.

The character and practices of this campaign, aimed at addressing student behavior, have led to significant concerns among Western students, whom I represent as a member of the university's student council.

For example, a change in city bylaws allows police to give tickets to students without a complaint from a community member, leading to many students receiving large fines for the 'potential' to create a disturbance, instead of actually committing an offence.

As well, Project LEARN included a campaign to catalogue the IDs, names, and parent addresses of student residents in police records, whether or not a student has committed an offence or been suspected of committing an offence. This has led to many students feeling intimidated and targeted, simply for being students in a student neighbourhood. Both of these practices represent significant concerns to students' privacy and civil liberties.

More broadly, Project LEARN stems from a common challenge experienced by many university/college cities: the difference in the lifestyles of students (late nights, irregular hours due to exams and part-time jobs) and their neighbours (early mornings, early nights, and family obligations), has often led to friction between students and the city. To address this widening gap, a re-imagining of the relationship between students and the city is key.

Students need to accept greater responsibility to their communities. As students, we very often neglect to consider the impact of our actions (such as during Homecoming) on our neighbours in the city, and how the noise and waste we generate can make it difficult for neighbours to enjoy their space.

This year, we initiated the USC's "Good Neighbour Campaign." The GNC is meant to increase student commitment to the city through community service. So far, under this program, we've provided a guide to London to every first-year student at Western to help with the transition to become London residents. We also worked with the city and Western staff to conduct a community clean-up after homecoming, to encourage our fellow students to keep their neighbourhoods clean and safe. These are small steps, however, and much more work is needed to ensure students are upholding their end of the 'bargain,' in London.

At the city, there needs to be a greater emphasis on respectful, engaged policing and community building. While the program is called Project "LEARN," it does not include any behaviour modification or educational programs. The most effective course of action is that which brings students to an increased awareness of the need for respect and engagement with their communities, not which slaps massive, targeted fines for the "potential" to create an offence. We have recommended to city police that students be required to complete community service or write a letter of apology to those affected by their actions, in lieu of paying a massive fine. Education and engagement are the best ways to ensure students play their part as residents.

More broadly, the patrols and targeting of student neighbourhoods has resulted in many students feeling like second-class residents of London, and is contributing to a widening gap between students and the city. Student and young professional retention in London is lower than other comparable cities with a postsecondary institution, with over 86 per cent of Western students leaving after graduation. It will be difficult for London to retain students and their knowledge as London aims to build its number of young professionals.

I believe we need to re-imagine how students and their neighbours interact. This has already begun, as City Council recently passed a very positive motion to include students on city hall advisory committees and the police Chief has initiated an internal review of Project LEARN. We are continuing to research best practices found in other Ontario cities, such as Hamilton's community-based policing programs, which focus on engagement and education.

Overall, there is a clear need for a re-imagining of the relationship between students and non-students in London. If we're to build an economically, socially, and culturally prosperous city, we need to ensure that all residents are given the tools, opportunities, and respect needed to contribute as equal citizens. 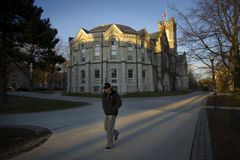 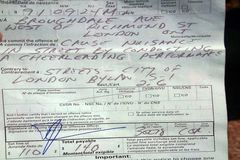