Last November, University of Guelph head football coach Stu Lang grimaced on the sideline of Richardson Stadium in Kingston as Queen's University bounced his Gryphons from the playoffs. On that afternoon, it might have seemed implausible that he would give $10-million to the same rival school four months later.

But on Saturday, Queen's will announce that Mr. Lang is making the lead donation in a $25-million plan to revive its dilapidated 42-year-old stadium, which was all but condemned as unsafe in an engineer's report last year.

Richardson is the field where Mr. Lang played his last game for Queen's as a star wide receiver in the early 1970s. During last year's playoff tilt, he felt deflated seeing yellow tape cordoning off rows of bleachers deemed structurally unsound, and the torn-up grass field beneath his feet.

"There was a real sadness to it, looking around," Mr. Lang said.

Now he hopes a revitalized Richardson Stadium can be a gateway to Queen's and a social space representing the best of a school where he met his wife, Kim, and launched a football professional career during which he won five Grey Cups with the CFL's Edmonton Eskimos. His wealth is derived largely from his family's label business, CCL Industries, of which he was president.

The stadium, which was first built on the main campus in 1920 and moved west in 1971, has hardly helped the reputation of Queen's for strong athletics in recent years. Its tri-colour wooden bleachers have decayed, replaced by temporary metal seats; to some, the field seems cut-off and neglected at the school's west campus, 20 minutes' walk from its main campus, just next to the mothballed Kingston Penitentiary.

Details of a major renovation are still being finalized. By 2016, Richardson will likely be refashioned in a bowl shape with artificial turf, a pavilion, boxes, a concourse and what Mr. Lang calls "an Ivy League old-school feel." The university's soccer and lacrosse teams are to share it with football.

Mr. Lang played at both Richardson sites between 1970 and 1973, and hopes the new site will be "a second home" to Queen's athletes, and a place to introduce the wider community to the university. "The U.S. uses an expression which I think is applicable to Canada: Football can be the front porch to the university," he said. For some, he added, it is the first "connection or knowledge of a university."

He knows the power of a makeover, having helped turn Guelph from a middle-tier program to a contender since he took over in 2010, introducing a new field of its own, flashy uniforms and an edgier brand. The new image has boosted Guelph's recruiting, fuelling back-to-back one-loss seasons."We wanted to stand out," he said, crediting his blueprint to the University of Oregon.

At the same time, he knows, "It's a delicate question: Why is the head coach of Guelph doing something for Queen's? Obviously it's a need," he said, and he hopes his gift will spur others to give to the revamp.

A source says Mr. Lang has donated generously, but anonymously, to Guelph's programs. And last year, he gave $11-million to another school he attended, Toronto's Upper Canada College.

Guelph president Alastair Summerlee said in an e-mail he is "always pleased to learn of alumni who give back to their alma mater."

Neil Lumsden, an assistant football coach at Guelph and one of Mr. Lang's former Eskimos teammates, scoffed at any would-be critics. "When the equipment comes off, they're student athletes. They're working towards a career. They're going to be leaders," he said. "This isn't about competition. This is about building a future."

Ultimately, Mr. Lang is "glad that I can help Queen's," but clear where his first loyalty lies.

"I am totally committed to Guelph and the football program. I'm not going to coach anywhere else," he said. "Hopefully my players and my coaching staff understand and believe that." 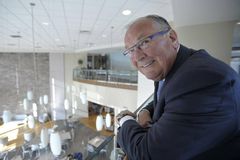 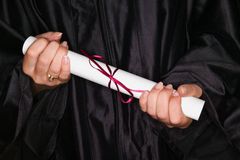 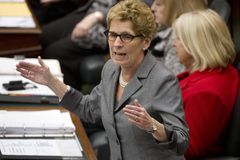