The University of British Columbia will extend consultations on a new campus-wide sexual assault policy after a panel looking into the issue said the university community must have a chance to consider its extensive recommendations.

The panel, made up of five faculty members as well as a graduate student, was appointed by former interim president Martha Piper. It handed in its findings on June 20, but the report has not yet been publicly released.

"I am frustrated because we heard from students who are survivors and some were not sure about talking to us," said Sarah Hunt, a member of the panel and an assistant professor in the First Nations and Indigenous Studies Program. "They did not want this to be another report that sits on a shelf. We assured them that would not be the case," she said.

On Wednesday, the university said it would continue to hold discussions beyond the original deadline of Sept. 30.

"We will be extending the consultation process to allow our community to reflect on the recommendations from the university panel," said Sara-Jane Finlay, associate vice-president of equity and inclusion, in an e-mail.

UBC's new president, Santa Ono, is expected to meet with the panel soon.

The panel was created as a result of an independent investigation into how UBC dealt with multiple complaints about a graduate student in the history department. Universities across Canada have been rocked by accusations from students and their families that the way they address allegations of sexual assault is confusing and inadequate and can leave victims uncertain of where to find help or how to report a perpetrator.

The B.C. and Ontario governments have passed legislation that all universities in their provinces must implement assault and harassment policies for students. Universities in B.C. have until next May to put new codes in place.

UBC released a draft of a new sexual assault policy in June, approximately a week before the panel submitted its report.

"While our report deals with many things beyond what would be in a sexual assault policy, we want to make sure that it's available … to help inform the feedback on that policy," said panel chair Janine Benedet, a law professor and co-director of the Centre for Feminist Legal Studies at the Allard School of Law.

Dr. Benedet said the report looked at prevention and education, response to disclosures and the question of institutional accountability.

"As someone who has worked in the field of sexual assault law for two decades, I can say that the process is really as important as the result. People need to feel that they are being heard and that they are being engaged. These are life-transforming crimes that [some] have experienced, and they need to be part of that conversation," she said.

The beginning of the school year is an ideal time to talk about sexual assault, Dr. Hunt added.

"This is when incidents of assault spike, so we need to be proactive and to be doing as much as we can to prevent harm," she said.

Some on campus say that the university's draft policy needs many changes. For example, if a victim wants to lodge a complaint rather than simply disclose an assault, he or she must talk about what happened to a committee made up of students.

"Getting up in front of your peers can be a barrier," said Ashley Bentley, manager of the students' union Sexual Assault Support Centre.

Dr. Benedet said she is hopeful about the conversation to come.

"I am encouraged that our new president has said that this needs to be a key issue during his term," she said. 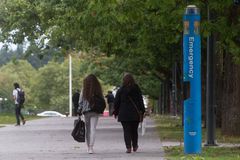 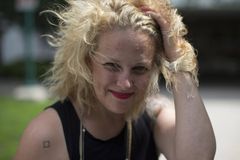 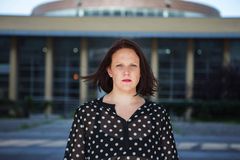