The University of British Columbia is striking a blow at gender inequity in professors' pay, promising all tenure-stream female faculty a 2 per cent pay hike by the end of the month – a rare approach expected to cost the school about $2-million this year.

The total cost of the initiative should prove much higher as the pay increase is retroactive to July 1, 2010. It comes as a result of a series of internal equity studies that found female professors of all ranks were paid $3,000 less on average, a discrepancy that could only be explained by gender after accounting for other factors.

Salary top-ups targeting gender pay gaps aren't uncommon in postsecondary education, and a series of Canadian and U.S. universities including McGill University and the University of Western Ontario have offered them over the last two decades. But many of those efforts have only boosted the salaries of those calculated to be underpaid, while UBC's approach is unusual in giving all 880 women in tenured or tenure-track positions a raise.

"I would say that there's been a huge step forward just in terms of the activity around addressing equity-on-the-job issues. I think it has a ways to go, but certainly it's increased a lot in the last few years," said Rachel Kuske, UBC's senior advisor to the provost on women faculty, and a professor of mathematics. "From what I've heard from other [universities], these [issues] are seen in faculties quite commonly."

The studies by the University's Equity Office pegged the overall difference in average pay between genders at more than $14,000. But half that differential comes from the fact that while women make up 38 per cent of associate and assistant professors at UBC, they account for only 21 per cent of better-paid full professors. The fact there are more men in higher-paying faculties, such as Commerce, also contributes to the discrepancy.

After accounting for these and other factors, UBC decided on the 2 per cent hike to close the remaining $3,000 average gap. In an agreement with the UBC Faculty Association, they chose to compensate every woman professor – even those with salaries at the high end of the scale. As a result, the measure will close the average gap in pay, but may not fix each individual shortfall, Dr. Kuske said.

That approach is rarer – the University of Manitoba is one of the only Canadian schools to try it – but UBC decided it would be better than having faculty argue for increases on a case-by-case basis, or paying "below-the-line compensation" only to those calculated to be underpaid. The case-by-case approach is painstakingly slow, and can be determined by "who's the best negotiator," Dr. Kuske said.

"You could have very high-performing women faculty and male faculty that you could compare, and even though that high-performer would be getting above-the-line, maybe she's even performing better [than her male counterparts]," Dr. Kuske said. "Below-the-line takes care of some things, but it doesn't really address the way discrimination can come in."

UBC also said it wished to settle the matter promptly, partly to avert the risk of a human rights complaint arising from the equity studies' finding, though Dr. Kuske said the main motivation was showing "the university is taking this quite seriously as part of their strategic plan."

As part of its review, UBC looked at 17 universities – 10 in Canada and the rest American – that had either considered or deployed salary top-ups to women, and focused on the fact that several reported the inequities returned years later.

"What we see as the bigger question is, what are the things that are going on going forward?" Dr. Kuske said. "You can do this one-time thing but if you don't have all the processes that affect advancement and future salary increases, then it's not going to really fix the problem in the long term." 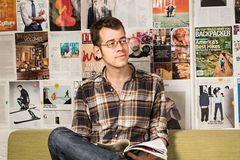 UBC prof changing the wood in Hollywood
May 9, 2018 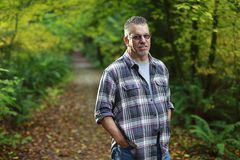 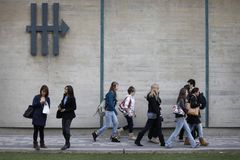