Universities around the country will suffer as a result of the University of Saskatchewan's decision to cancel its budget review process, predicts Indira Samarasekera, the outspoken president of neighbouring University of Alberta.

Every Canadian university is trying to compete internationally for students and faculty just as governments can no longer afford to give them generous, above-inflation increases in funding. Specializing in some programs and cutting others – which the University of Saskatchewan was trying to do when it was derailed by controversy – will be the only way to succeed, Dr. Samarasekera said.

"They've set themselves back and potentially affected the ability of other university presidents and administrations to take risks, because they took some risks and they got slapped down. So, if I'm a new president, what's the likelihood that I am going to start to think about major transformation?" she said in a wide-ranging interview.

Dr. Samarasekera will end her term in June after a decade as the head of a school that has grown by 10,000 students in that time. The university is at a turning point: It must find money to increase enrolment in fields related to Alberta's strengths, such as oil and agriculture, and grow graduate education. Jim Prentice, the new Premier, understands the province cannot continue to rely on well-paid jobs in oil and gas that do not require university degrees, Dr. Samarasekera said. The university has dealt with funding constraints by raising the grades required to get in, which limits the number of students it can accept.

"Our entrance averages into science, into engineering, just keep going up and up. My belief is that any student who has a nice high school average of 75 to 80 per cent should be able to do a postsecondary degree, and yet they can't," she said. "That's a loss of human talent. You can never recover that loss."

Some universities in Alberta want to increase tuition fees above the inflation cap imposed by the province. U of A's law, pharmacy and business faculties are asking the province for "market modifiers" that would bring their fees in line with national averages. If the proposals are approved, law and business degrees could be more than 50 per cent more expensive for next fall's incoming students.

"We have a perverse system where we've kept tuition low for everyone," Dr. Samarasekera said. "As a result, we are restricting our ability to increase the quality of the programs. … Often times, when you keep tuition low, what you can't cover are things like co-op opportunities, like extracurricular activities."

The proposals come after a troubled two years in university-provincial relations. Provincial budget cuts in the spring of 2013 led to the suspension of 20 U of A arts programs with low enrolment and the cutting of hundreds of first-year spots in science. Nevertheless, the government held universities to inflationary increases, preaching the gospel of increasing efficiency.

If she has managed to steer her school through some troubled times, Dr. Samarasekera, who was born in Sri Lanka, has not shied away from courting trouble herself. The scientist with a Ph.D in metallurgical engineering points out that, when it came to gender, she was not a crusader for women. If female students continue to outnumber men in university enrolment, she said several years ago, there will not be enough men to fill leadership posts in the future. She continues to believe that, even as she believes not enough women are in leadership jobs now.

"I would rather at this point do my job extremely well and be the symbol that they can look up to," she said. Her own role models are not feminist activists, but women who acted – a distant but legendary aunt who moved from Canada to Sri Lanka and worked to increase literacy rates in the country, the first female engineer in Sri Lanka – and men too.

The hardest part of her job has been adjusting her ambitions for the university to the speed and tone of academic decision-making. "Often, people mistake consensus building with consent. … You have consulted everybody and everything and you make a decision and they'll accuse you of not consulting," she said. 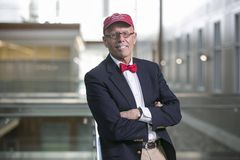 Stock up on ramen noodles: cost of university to rise 13 per cent over four years
September 9, 2014 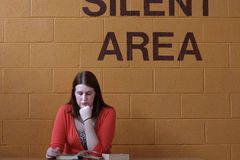 Group worried about cuts at U of Saskatchewan gets response from president
June 6, 2014 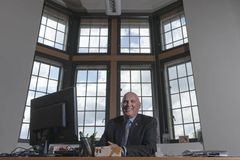