Times Higher Education rankings, released Wednesday, will add fuel to the debate over how Canada can keep up with global competition. Simona Chiose crunches the numbers

A University of British Columbia student waits to receive his diploma at a 2012 graduation ceremony.

Canada's top three universities have slipped in global rankings this year in the face of global competition, each falling two to four places in the world's most closely watched university ratings table.

The University of Toronto landed at No. 22 (from No. 19), the University of British Columbia is at No. 36 (34), and McGill University is No. 42 (38). They are the only three Canadian schools to crack the Top 100 in the Times Higher Education World University Rankings.

Released Wednesday, this year's list also shows schools in China and Hong Kong are on a clear upward trajectory, with two Chinese universities leaping ahead by double digits to overtake UBC and McGill.

"What is threatening Canada is that other nations are investing and improving, which means someone else has to move down," said Phil Baty, editor of the rankings.

The rankings are a crucial tool for recruiting students, faculty and staff. A lofty rank also leads to further investment from industry and international collaborations. And surveys of employers have shown that graduates from the most highly rated universities are more competitive in the labour market.

"The rankings are hugely important for students and their families in helping them make an important decision about who to trust with [their] education, and how to invest a substantial amount of money," Mr. Baty said. 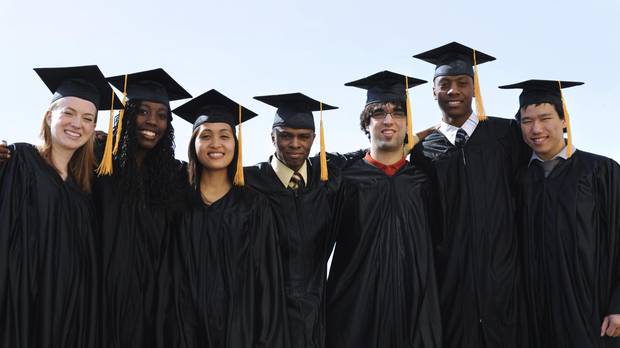 Get three key takeaways below

This year's decline will likely fuel the debate over whether Canada can keep up, or whether it wants to. It is not the first time that all of the top three institutions have declined in ranking at the same time: UBC and McGill experienced steeper drops in 2012. But investments in China raise the urgency of the situation.

Over the last several years, China has poured billions into its elite institutions to increase their research capacity. A year ago, the country announced that it wanted to see six of its universities crack the elite Top 15 universities by 2030. In comparison, the Canada First Research Excellence Fund is investing $1.5-billion over 10 years in university-based research projects in the hope that the money will propel the grant-winners onto the world stage.

For China, the rankings go far beyond the sector and are seen as geopolitical indicators, Mr. Baty said.

"It's about 'are we seeing this huge investment pay off? Are we challenging the traditional elites?'"

Canada's highest-ranked universities have long argued that federal and provincial governments must fund postsecondary education in a way that recognizes the outsized economic and research contribution made by the top schools.

At the same time, four of the eight Canadian universities that made it into the top 200 had a better showing this year than in 2015.

"The big dilemma is should Canada be happy with a strong system," Mr. Baty said. "You don't just have one or two superstars and a weak system. You have two or three in the top, and a few in the 100-range, and some in the 200 area. That's because there has been a tradition of equal funding."

According to a report from the Organization for Economic Co-operation and Development released last week, Canadian public spending per student in postsecondary education falls around the OECD average.

But other countries that spend only slightly more have had phenomenal success placing more of their institutions in the top 100. Last year, for example, Netherlands counted nine universities above that marker.

As in Germany, universities in the Netherlands specialize in research that could lead to further graduate study or offer more professional training that gets students ready for work after they graduate.

"The countries that are really efficient are small countries," said Alex Usher, president of Higher Education Strategy Associates. "Netherlands have really thought about differentiation. In some ways they are much more of an interesting model for a province like Ontario," he said.

Long-term, the trends in Canada are still strong, said Meric Gertler, president of the University of Toronto, which dropped three spots to No. 22 after spending the prior six years in a band between 17 and 21.

Most of the universities in the top 20 are private institutions in the United States and United Kingdom, Dr. Gertler said. They benefit from rich and long-established endowments, high tuition fees and industry income.

Our "return on investment is pretty good if you consider the funding per student that we work with," Dr. Gertler said.

Still, the system's overall showing this year should provoke a conversation, he added.

"To to what extent do we value high performance in education?" he asked, and added: "To me, it speaks volumes about the need for Canada to double down in its investment both in research and teaching."

Even with 980 universities ranked on this year's table – the highest number ever – only a fraction of the world's postsecondary institutions make the grade. Excluded are schools that do not teach undergraduates or schools wat which faculties have averaged fewer than 200 published articles a year.

"My sense is that we will never exceed 1,000 universities," said Phil Baty, editor of the Times Higher Education World University Rankings. "There are probably 20,000 higher-education universities in the world, and a lot are focused on skills and teaching."

In Canada, only 25 out of more than 90 universities were ranked in 2015, with most showing up at spots between 200 and 400. Within those numbers, many well-known higher-ed schools – including Queen's University, the University of Calgary, the University of Waterloo and Simon Fraser University – show remarkable stability, maintaining their places or improving them slightly.

Focusing on whether a university made the table or not, and where it landed, ultimately harms Canada's smaller institutions, said Michelle Stack, an associate professor of educational studies at the University of British Columbia and the author of a book on the rise of global university rankings.

"I talk to high-school students who say, 'I have to get into UBC or U of T or I'm a failure,'" Dr. Stack said. "It is a detriment in the long term, because our system has been one of saying that you can go to different universities that are all equally worthy. It depends on what [the student's] goals are."

An A in every subject?

To receive an outstanding score for the overall ranking, universities must do well in most of the five areas in which schools are assessed. A majority of the mark is based on performance in teaching, research and journal citations. International outlook – measured in domestic-to-international staff and student ratios, and international collaborations – accounts for another 7.5 per cent.

Income from industry is worth 2.5 per cent.

While no school can afford a D in any category, there are differences even among closely ranked institutions, reflecting whether they are stronger in research or teaching.

"There are some institutions that will come up with a strategy," said Santa Ono, current president of UBC and past president of the University of Cincinnati. "They will dissect different components of the equation for a particular ranking scheme and see what they can do to improve," he said.

Many Canadian schools have room to grow their income from industry.

"In a lot of countries, particularly in East Asia, they say universities are the powerhouses of the knowledge economy," Mr. Baty said. "Engineering companies should be funding research and research should be creating innovations for the economy."

On the other hand, some of the high marks for industry income are the result of universities actually being owned by a company, said Alex Usher, president of Higher Education Strategy Associates. South Korea's Pohang University of Science and Technology, for example, was established by a steel company.

Competition among the rankers

The Times Higher Education World University Rankings is such a prominent global university table that it has sometimes been called the Emmys, the Olympics or the Oscars of the university world.

This year, for example, the publication started promoting its ranking weeks before the release, and asked PricewaterhouseCoopers to independently audit its findings.

But the World University Rankings is far from the only game in town. The Academic Ranking of World Universities focuses on research and particularly on whether alumni or faculty have won Nobel Prizes or Fields Medals, and have had their research published in key journals. The QS Rankings place more emphasis on academic reputation.

For Dr. Stack, those metrics do not fully capture the impact that universities can make on their countries or regions. "What's not looked at are things like community engagement," she said. "What about a university that is doing good work in [Vancouver's] Downtown Eastside?"

As an alternative, she points to a system such as the Carnegie Classification that includes a community-engagement measure.

For now, more universities are trying to raise their profile by becoming part of a well-known ranking scheme.

"I understand university leaders not turning their back on rankings," Dr. Stack said. "To be invisible in this market economy of education is seen as really dangerous."

HIGHER EDUCATION: MORE FROM THE GLOBE

How to get the most out of your RESP