From digging up dirt on a cheating partner to exposing the lies of an accident victim, Ali Wirsche and Marnie Milot were at the top of their game when they were wooed by Bow Valley College in Calgary to train budding private investigators.

Ms. Wirsche and Ms. Milot, who authored two books – Gotcha: How to Tell if your Lover is having an Affair and Sex, Lies and P.I.s – received their licences from Alberta Justice and opened their P.I. business in 1995, when they were 40 and 45, respectively. Although they sold their practice three years ago, they're now in their ninth year teaching the Private Investigation Certificate program at Bow Valley, one of several Canadian colleges that prepare students for the criminal justice specialty.

The two friends' road to becoming super-sleuths began in 1988. Ms. Wirsche was an interior decorator and Ms. Milot was an administrative assistant when a mutual friend confided to them that she thought her husband was having an affair.

"We put our heads together and decided if she could babysit all our kids, we would track him for her. That is how it started," Ms. Wirsche says. "We tracked him for months and months and we caught him. And then another friend called [with a need for sleuthing], and it snowballed from there.

"We always wanted to own our own business but didn't know what type until we started thinking about what got me passionate and excited. The most fun we had was when we were on surveillance, and getting paid for it was a bonus," she says.

The P.I. partners specialized in nailing cheating spouses and other domestic cases, and also worked for lawyers and insurance companies – doing surveillance and gathering information on people claiming to have been injured or disabled in car, workplace and other accidents.

Insurance fraud is lucrative work for many private investigators, but nothing gets Ms. Wirsche – and many of her students – more hyped than cases involving crimes of the heart.

"Marnie and I did everything anyone asked, but we really did enjoy the domestics – there's more action," Ms. Wirsche says.

"When your heart is pounding and that adrenaline is going, there's nothing better."

After selling their business, Backtrack Investigations, Ms. Milot moved to Vernon, B.C., where she oversees Bow Valley's online program that got off the ground in August, 2011, and has since attracted more than two dozen students, while Ms. Wirsche still travels to the Calgary campus two nights a week to handle the in-class students.

The 80-hour program includes six courses that cover everything from an introduction to private investigating, to interviewing skills and techniques, special investigations, surveillance techniques, report writing and how to start a P.I. business – with total tuition of about $1,100, plus the cost of textbooks. It attracts a wide range of students. For instance, Ms. Wirsche's students for the school year that started in September include two men in their 20s who are in the program as a stepping stone to becoming police officers, and seven women who are more than 45.

While there's a mix of exams and assignments, the students are particularly eager to get in undercover mode. For one exercise, Ms. Wirsche recruits graduate students who volunteer to act as surveillance targets. Current students are divided into teams, shown pictures of the targets, and then sent into Calgary's streets to locate and follow them.

"It was perhaps the most amazing and valuable experience of the course – it was minus 30 [Celsius], but we were all ready to go," says one of Ms. Wirsche's former students, Miranda, who wanted only her first name used for this interview for safety reasons because she and a classmate now run a P.I. firm together.

"Through that exercise, we learned to work as a team," Miranda says. "We all had walkie-talkies, so we were able to position ourselves so if the target walked two blocks and we followed for one [block], we had the operative follow another block – it became a bit of a cat-and-mouse switcheroo game."

Before taking the Bow Valley P.I. course, Miranda was a hairstylist, casino manager and undercover security worker in grocery and drugstores. Now 33, she and former classmate Adriana, who is in her 50s, opened Pandora Private Investigations Inc. in February after graduating last year. They specialize in domestic cases, such as cheating spouses, child custody matters and even trailing teenagers at the request of parents.

"The way private investigators work is we usually take over civil cases the police won't – they aren't going to spend the time on domestic [cheating] cases, accident claims, a husband owing alimony, and things like that," Miranda says. "But we complement each other and fill each other's voids."

The advent of technology has put a new spin on a P.I.'s arsenal, something that Ms. Wirsche emphasizes in her classes.

"When we sold our company, cellphone cameras weren't big," she says. "Nowadays, I can take my iPhone into a bar and be videotaping someone easily. … I tell the students, the first thing I would do is go on Facebook, MySpace … because people are putting so much out there."

With easier access to information, does she ever see the role of the P.I. going the way of Sherlock Holmes's magnifying glass?

"Affairs are never going to go away, and neither is insurance fraud," says Ms. Wirsche, who was interviewed on a particularly cold day recently in Calgary. "It's snowing here today, and accidents are everywhere. The P.I.s are going to be busy for sure."

Other Canadian colleges offering online and in-class programs that prepare students for a career in private investigation:

Humber College, Toronto: Private Investigation Certificate, offered online, based on the training standards from the Private Security and Investigative Services Act of Ontario. Consists of six courses, each six weeks in length, with courses including forensic investigation, interviewing and deception, an investigator's powers and investigative techniques.

Why this engineering teacher aims to make his students leave
November 9, 2012 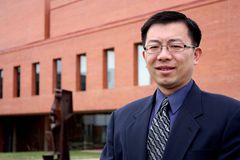 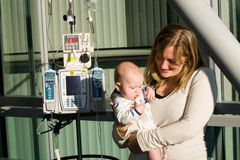 These courses produce women who are cut out for carpentry
November 9, 2012 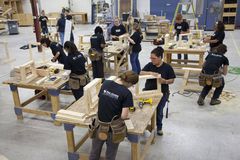 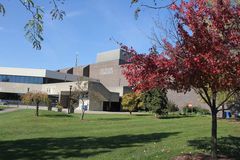 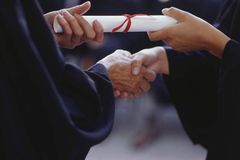 It’s not just doctors and nurses we need
November 9, 2012 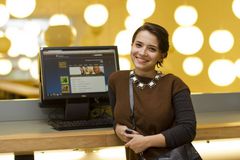