The University of Waterloo has signed on to the United Nations HeForShe campaign, the only Canadian university to do so, with a promise to boost the participation of female students in science, math and engineering fields and to increase the share of female faculty and administrators.

Announced Tuesday morning, the commitment to increasing the representation of women at one of Canada's most innovative universities comes as renewed attention is focusing on gaps in gender and pay equity in Canadian academia. Last week, McMaster University announced that it would raise the salary of all female faculty after it found that female professors earned $3,515 less on average than their male colleagues. To redress such inequities over the long term, universities are now making far-reaching changes to their hiring, promotion and family-support policies.

"We were committed to doing things without the HeForShe initiative, but this accelerates our progress," said Feridun Hamdullahpur, the university's president and vice-chancellor. "Our broader objective is to create an environment where equity is absolutely important, not just for universities. As a university we cannot sit back and say this is how it is; we have a critical role to play."

As part of its UN commitment, Waterloo aims to raise female enrolment in science, technology, engineering and math programs to 33 per cent by 2020 – its first-year engineering class was 27-per-female last year – and increase the proportion of female faculty by a half percentage point in each of the next five years, to 30 per cent.

"It's about sustainable equity and building the pipeline of talent," said Diana Parry, the special adviser on women's and gender issues to Waterloo's president.

The university is also conducting an inquiry into gender pay gaps at the school, the second such probe in several years, after an earlier pay adjustment.

McMaster's decision to award an across-the-board raise to female professors is accompanied by measures to ensure a gap does not develop in the future, including merit pay for professors who are on parental leave.

David Wilkinson, McMaster provost and vice-president, said that contrary to the belief that new parents turn off for the year, many professors stay in touch with graduate students and continue their research while home with a child.

"If a woman who is off that year gets her across-the-board increase but no merit pay, several years from now she is just as fruitful as her male counterpart, but she is being paid less because she took that one year off," Dr. Wilkinson said.

"It's the way society is moving, to recognize these things."

The HeForShe campaign was launched last year by actor Emma Watson, the UN women goodwill ambassador, and is targeted at engaging men and boys in addressing gender inequities. Waterloo is one of the first five universities in the world, including the United Kingdom's University of Leicester and Hong Kong University, to join the campaign.

Meeting targets is harder in some fields than others. A report from the Council of Canadian Academies last week stressed the importance of better recruitment and retention of female students and faculty in computer science and engineering.

Even as the number of female undergraduate students in universities has surpassed the number of men, the percentage of PhD graduates in some fields, particularly engineering and computer science, is much less. Nationally, only 15 per cent of engineering faculty are female (17 per cent at Waterloo).

At McMaster, a recognition that only one woman had received the title of distinguished university professor, the highest honour given professors, prompted an evaluation of how the selection committee was making its picks.

"We changed the kinds of accomplishments we would value, so it became less about citations and publications and looking at scholarship more holistically," Dr. Wilkinson said. Two out of the five individuals who received the title this year were women, astrophysicist Christine Wilson and epidemiology expert Deborah Cook. 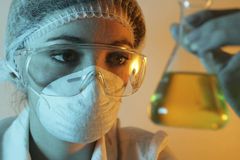 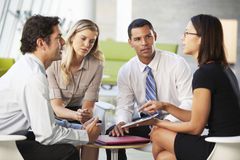 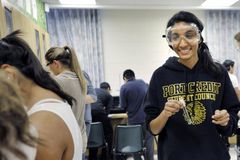