Ontario educators remain confused about extracurriculars. There are deals to be negotiated and votes to be taken, but those won't resolve any of this. The role of extracurriculars in Ontario schools has been permanently altered. The toothpaste is out of the tube, and no matter how much we try, it will not be going back in again.

In protest over Bill 115, Ontario educators withdrew from voluntary activities including extracurriculars. Shortly after, changes started happening. The old system for delivering extracurriculars began breaking up and all kinds of innovation began.

In some schools, students took ownership over extracurriculars, organizing their own clubs and activities. What they discovered is that the activities were much more meaningful when they made all the decisions.

My son's improv comedy club was one such group. Even now that extracurriculars have been reinstated, the club is choosing to remain independent. Last Friday, they held an independent, off-school show that they planned, organized and presented without any direct educator support. What an amazing learning experience! In other schools, community groups and private enterprise have stepped in to fill the void.

Here are some of the questions I'm pondering about extracurriculars:

Why do extracurriculars matter so much? When premier Kathleen Wynne became Premier she said it was "absolutely imperative that students have extracurriculars." Really? More important than the economy, poverty or restoring basic rights? Why are extracurriculars so essential? Common responses are that they develop critical skills students need for future success and allow educators to form important connections with students.

Why aren't these skills & connections part of the curriculum? If the developed skills and connections are so important, why do they benefit only the minority of students that participate in extracurriculars? Essential skills and connections between educators and students shouldn't be left to voluntary after-school activities. They should be an integral part of the curriculum so that all students can benefit. Teachers reported that during the withdrawal of voluntary activities they invested more time and effort into classroom activities, time and effort they'd previously used on extracurriculars. That's an equitable system that benefits more students.

Are extracurriculars really voluntary? The Ontario Labour Relations Board says extracurriculars are voluntary activities but are they really? Can teachers really make a free choice when there's so much pressure from the public and within the school to provide a service without compensation? Agreeing to actively participate in extracurriculars is a common part of getting a teaching job. If committing to do extracurriculars is necessary to get hired, how is that voluntary? What about skilled classroom educators who don't have extracurriculars skills and so get passed over for someone who can coach a team or put on a show? Isn't that unfair and an incredible waste of valuable educators?

Where do we go from here? In spite of statements from various teachers' federations to return to extracurriculars, many Ontario teachers are refusing to return to the status quo. Some will eventually go back and others won't, but the issues raised by the pause will be ongoing irritations in schools for many years. We need to address these issues and decide where we stand. If we value the skills and connections developed in extracurriculars, we should integrate them into our curriculum. They should not be voluntary afterthoughts. We need to support extracurriculars with the required resources to ensure they are available to as many students as possible.

If we simply return to making them optional extras we have a more difficult question to answer: What was all the noise about extracurriculars really about? 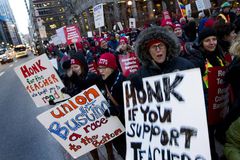 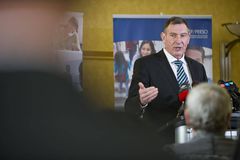