Education today provides excellent preparation for a job – in the 19th-century. This is not terribly surprising, as both our curriculum and our modes of delivery were developed in the 19th-century. There's only one problem: We live in the 21st-century. It takes 5 milliseconds to communicate with someone in Europe, not 5 weeks. It takes half a dozen robots to assemble an automobile, not 100 factory workers. Everything has changed – except education.

Our current model is based on the premise that there exists a big beaker full of knowledge – the professor – as well as a bunch of small, nearly empty beakers – the students. Our process involves the full vessel pouring bits of information into the empty vessels and then asking them to regurgitate it on demand as proof the little beakers have "learned" it. This model is terrible both in theory and in practice.

Let's start with the theory. For the first 150,000 years that homo sapiens have been on Earth, information has been limited, difficult to access, and expensive. Picture the decades-long apprenticeship to become a shaman, or a Medieval scribe laboriously copying Aristotle by hand in his monastic cell. In the last decade, however, this situation has been radically reversed: Information is now virtually unlimited, ubiquitous, and free.

Thus, transferring information from one head to another is largely irrelevant. More information than one could possibly require is two clicks away. What is needed instead is a system that teaches students how first to find and then to evaluate data in order to separate the nuggets of valid and valuable information from the tsunami of misinformation that would otherwise overwhelm us. Then, we must equip these young minds with a broad set of intellectual tools in order that each may use his or her unique brains to integrate the valid information into new and creative products of benefit to themselves and to society.

The practical problem with education today is the principal delivery system: the lecture. This demonstrably ineffective method of communication is at war with a million years of brain evolution.

First, we have speech production and speech recognition centers located close to each other on the left side of the brain and densely linked together; we are wired for two-way communication – listen and respond. So what do we do? Talk at students for 75 minutes while they sit passively listening.

Second, large parts of the brain are devoted to picking up and assessing subtle social cues from our fellow humans to help read their reactions and intentions so we can react in complementary ways.

So what do we do? Keep the faculty member behind a lectern where he or she cannot discern any of the cues the brain is designed to detect, while the students are told to sit quietly – no talking, leave one empty seat between each of you for the exam – a completely de-socialized environment Third, we are wired for collaboration. E. O. Wilson in his latest book, The Social Conquest of Earth, seeks to explain how it is that for the first time in the 4.56-billion-year history of Earth, one species has multiplied to more than 7 billion members and has occupied virtually every ecological niche on the planet. He outlines in some detail the evolutionary processes that have led to our social domination. He even posits some theorems along the way:

It is this simple and self-evident fact that has led to a brain that, through natural selection pressures, has produced the social conquest of Earth.

So what do we do in our educational system? Foster endless competition for largely meaningless tokens we call grades. Sir Ken Robinson puts it best: When a small group of individuals gets together and pools their talents to work on a difficult problem and comes up with a innovative solution, in university, it's called cheating. In life, it is called collaboration and is highly valued, but in class, it's forbidden.

These ideas are not new. Indeed, the Confucian philosopher Xun Zi understood them 2300 years ago. He said: "Tell me, and I'll forget; show me, and I may remember; involve me, and I will understand." If we are to address the daunting problems that face our planet today, we need a radical transformation of our educational system. We need to go from a 19th-century model to the model of 300 B.C. Not one-way communication in a de-socialized environment in which collaboration is punished – "tell me and I will forget." Not glitzy Powerpoint animations or the mass-produced version of these called MOOCs – "show me, and I may remember." But a student-centered, hands-on, inquiry-based, collaborative model in which all the capacities of the marvelous machines we have in our heads are fully harnessed in an engaging enterprise of discovery: "involve me, and I will understand."

David Helfand is president and vice-chancellor of Quest University in Squamish, British Columbia. This article is part of a series produced by Ashoka Canada's Learning Networks initiative to showcase innovative solutions in education. 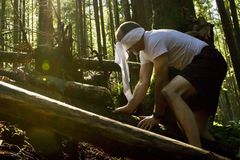 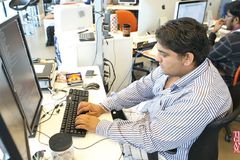