A day in school for six-year-old Myles Berman could mean counting ducks – real live ones – in a pond, building a campfire, or playing in the mud.

In most schools, such activities might take place during field trips or retreats. But Myles, a Grade 2 student in Toronto, goes to Gradale Academy, a private school with a nature-based approach to learning.

"We spend about 30 to 40 per cent of our day outdoors," explains Michelle Gradish, director and founder of Gradale Academy, which runs programs for students in kindergarten to Grade 6 from its site in the Evergreen Brick Works, a community green space that includes more than 16 hectares of forest, nature trails, gardens and ponds. "We start our day outside and we end it outdoors, as well."

Gradale is among the small but growing group of schools in Canada that have embraced the idea that children thrive when they are allowed to explore and learn in a natural environment. Also referred to as forest schools, outbound schools or bush schools, these nature-based schools are part of a movement that dates back to the 1950s in Scandinavia, and which has since spread in Britain and Canada.

The Child and Nature Alliance of Canada, an Ottawa-based not-for-profit that promotes forest education in Canada, lists close to 50 full- and part-time forest and nature schools across the country, with Ontario and British Columbia boasting the highest concentration.

Some of these schools are publicly funded and charge parents only a few hundred dollars a year. Many are private or independent schools with tuition fees ranging from a few thousand to more than $20,000 for the school year.

Adrian O'Driscoll, head of the Nature School in Vaughan, Ont., just north of Toronto, says nature-based education is not just about spending time outdoors. What sets this approach apart from other educational philosophies is that the lessons are shaped largely by students.

"It's inquiry-based – where the children's interests lie is where the lesson goes, as opposed to the lessons being teacher-prescribed," says Mr. O'Driscoll, whose school opened this year at the Kortright Centre for Conservation, set amid about 225 hectares of forest, fields and wetlands. Tuition for 2017-18 is $12,000.

"So if the kids are curious about frogs, then the teachers could just go with it and talk about frogs that day and figure out how to integrate frogs into subjects like math or science."

Jasmine Green, a teacher at the Nature School, which launched with a preschool program and is expanding to junior kindergarten to Grade 3 for the 2017-18 academic year, says this inquiry-based approach has led to many interesting discussions among her young students.

On a recent hike through the woods, her group came upon animal droppings, which she identified as coyote skat.

"We then talked about what time the coyote might have been there and what it might eat," says Ms. Green. "That led to many questions, like where coyotes live, so all of a sudden you have these preschoolers talking about habitat, which is actually part of Grade 4 curriculum."

The benefits of bringing nature into the classroom are well documented in research studies. The Natural Learning Initiative, a group at the North Carolina State University College of Design in Raleigh, N.C., lists some of these benefits in an online information sheet: enhanced cognitive abilities and better academic performance, discipline, social skills and creativity.

For Ms. Gradish, the proof is in the children.

"I see the increase in their self-esteem and confidence," she says. "One student who came last year was in Peggy's Cove in Nova Scotia this summer, and his parents were saying that two years ago – before he was in our school – they couldn't have gotten him to climb rocks and explore."

So how do the benefits of nature-based learning translate into academic performance?

Sue Holloway, director and teacher at the Forest School in South Gillies, near Thunder Bay, says the greater self-confidence and curiosity children develop through regular interaction with nature help them become better learners.

"They have this great excitement for learning," she says. "They are passionate, they can speak their minds and, because they're always noticing changes in the environment, they have that keen awareness of the world around them."

In most children, that awareness leads to a feeling of responsibility for the environment, adds Ms. Holloway, whose school is modelled as an alternative learning centre where students – many of whom are home-schooled – come once or twice a week. Yearly tuition is more than $1,000 for one-day-a-week attendance, to more than $2,500 for twice-a-week attendance. Parents are also asked to volunteer, and to help with fundraising.

"That observant eye and sense of wonder that kids develop early on when they're exposed regularly to nature grows into stewardship for the environment," she says.

Another benefit from learning in the outdoors? Myles' mother, Kimberly Berman, says children just have more fun, and that is great for parents, too.

"I go to work thinking how amazing it is that my child is having a great day in this beautiful place and learning something unique," she says. "Myles has a younger sister – she'll be going there, too." 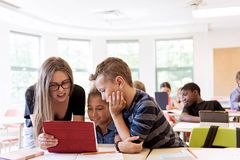 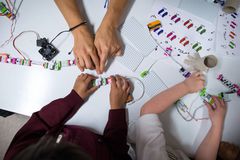 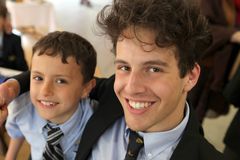 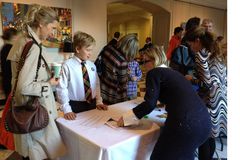 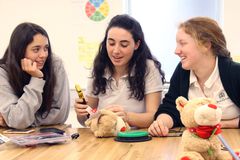 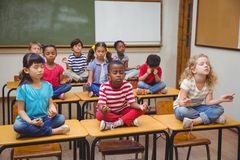 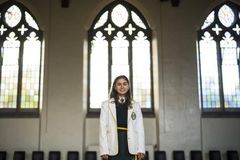 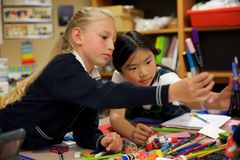 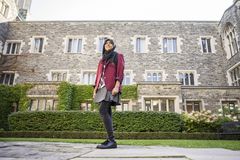 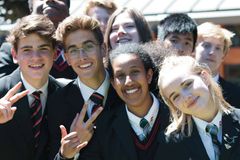