There doesn't seem to be a week that doesn't feature new data indicating the growing presence and ubiquity of tablets and smartphones. Many voices are turning their attention to these transformative events.

Commenting on the need for innovation in Ontario, Premier Kathleen Wynne recently said that reform of the province's school system is a key priority to ensure good job prospects for future generations. "Helping kids to develop their innovation and entrepreneurial skills – that's going to make a difference 10 years from now."

To swiftly advance this agenda in our elementary schools, we need look no further than the tablet.

The first tablets appeared just over three years ago. Since then, they have taken the world by storm, raising questions about how all this is impacting our children – and preschoolers in particular. Indeed, TFO, Ontario's publicly-owned french television broadcaster, has dubbed these early adopters Les Tablettistes.

Tablets have altered fundamentally the way the youngest learn. Parents note with amazement that kids as young as eighteen months adapt to the technology intuitively. Some worry about the intensity of the connection, the way their children become utterly absorbed in the tablet and lock out the rest of the world. Tablets have become toy, teacher, friend and nanny to many preschoolers.

Is this something to welcome or to fear?

Let's start with the numbers. It is estimated that mobile users worldwide will download 70 billion apps in 2013. Over 10 per cent of all tablet apps are dedicated toward education and learning, with many aimed at preschoolers. The best of these foster concept formulation, pattern and idea organization and encourage responsive problem-solving. What parents should be wary of are games and applications that involve little or no interactivity.

Second, we need to recognize the enormous and democratizing power this transformation brings. There are approximately 1.5-billion small screens – smartphones, tablets and mini-tablets – in existence today. By 2018, that will explode to 7.5-billion screens, or more than one for every person on the planet. Never before have so many children, independent of income and geography, had such educational capacity and control through their fingertips. The potential to affect and improve lives is remarkable.

Nevertheless, there are some challenges that arise from this 'tablet revolution.' The children moving into senior kindergarten and first grade over the next few years will have developed their learning skills in an entirely new and unique fashion. For the past three years, they have been designing, developing and dictating the content they consume. Unlike any previous generation, they have been able to significantly manage and manipulate their own learning environment. These children have been hardwired with the power of their own choice.

That sounds very positive. Yet think for a moment about what might happen when these children suddenly encounter the structured learning environment of the classroom. For many, the transition could be jarring. Without care and sensitivity, we run the risk of turning Les Tablettistes into a young generation of elementary school dropouts – physically present, but intellectually and emotionally tuned out from a learning experience that feels foreign and restrictive to them.

This challenge is already upon us. The good news is that a great deal can be done as long as parents, caregivers, teachers and administrators work together.

Parents and caregivers must take an early and active role by exposing their youngsters to the right kinds of tablet learning and by ensuring the transition to formal education is met with creativity by the schools their children will attend.

Teachers and administrators will face the greatest burden. They will need to adjust on the fly, adapting teaching methods and the classroom environment to be ready for these young Tablettistes. Critical to success will be a shift in attitudes, a willingness to move away from a traditional control model toward something far more collaborative and shared with students.

Tablet technology is giving our children a marvellous opportunity. Now is the time for the rest of us to recognize and seize it. 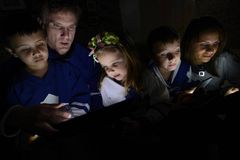 I regret taking away my kids' electronic gizmos until Christmas
December 22, 2010 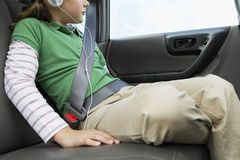 Are gadgets ruining our kids' brains?
December 10, 2010
Follow us on Twitter @globe_education Opens in a new window
Report an error
Due to technical reasons, we have temporarily removed commenting from our articles. We hope to have this fixed soon. Thank you for your patience. If you are looking to give feedback on our new site, please send it along to feedback@globeandmail.com. If you want to write a letter to the editor, please forward to letters@globeandmail.com.
Comments