Officials in Canada and the U.S. are concerned that the next wave of asylum seekers at the border could be a population far bigger than the Haitians crossing now.

More than 260,000 Salvadorans are facing deportation from the United States if their temporary protected status there is lifted in March — four times the number of Haitians covered by the program.

A belief among Haitians that their status will end in January has sent thousands fleeing to Canada; they make up the majority of the nearly 7,000 people apprehended crossing at an unofficial border point in Quebec this summer.

Government officials on both sides of the border told The Canadian Press this week that whether Salvadorans will follow in their footsteps is, for now, a scary unknown, given how much the current influx is already straining resources.

The officials were not authorized to speak publicly, but said they've seen no evidence so far of the same social media campaigns, for example, that have been pushing Haitians north with false promises of preferential treatment.

Liberal MP Emmanuel Dubourg was sent to Miami this week to try and clarify some of those false impressions among Haitians. He said he hoped other groups were listening too.

"We are trying to stop all irregular entries in Canada," he said. "Canadian consulates in the U.S. are well involved."

The most current data from the Immigration and Refugee Board shows in the first three months of 2017, 158 Salvadorans filed claims for asylum here, compared with 244 in all of 2016. The acceptance rate last year was about 70 per cent.

The U.S. has not ended temporary protected status for either Haitians or Salvadorans, but has signalled it may not be renewed when it expires. There are other nationalities whose protected status also expiring, among them Hondurans. About 86,000 would be affected.

Why officials are looking at Salvadorans, though, is a partly a numbers game, given the sheer volume of people.

Just as Haitians are familiar with the Haitian community that exists in Quebec, so, too, some Salvadorans are aware of the underground and above ground railroads that were set up in the 1980s when the U.S. wasn't taking in Salvadoran refugees but Canada was.

Angela Ventura, who runs an Salvadoran community association in Windsor, Ont., said she has been fielding a steady stream of inquires from people in the U.S. exploring a move to Canada.

Ventura is from El Salvador herself and said she's torn when people fearing for their futures in the U.S. ask her what to do.

"My Canadian training, I'm a paralegal, means I have to tell them that because of our immigration laws, they can't just show up at the border."

Ventura was part of a wave of Salvadorans who came to Canada in the 1980s fleeing civil war. She was sponsored by her sister, but over 10,000 came as refugees over a three-year period.

In 1985, the U.S. was granting asylum to only about three per cent of claims from El Salvador, while Canada's acceptance rate was 60 per cent, according to research compiled by Julie Young, a postdoctoral fellow at the Institute on Globalization and the Human Condition at McMaster University.

She said when the U.S. administration began rolling out immigration policy changes back in February and at the same time dozens of people a day started showing up at the Canadian border, she began to notice the parallels to the situation 30 years ago.

"There are similarities in the policy context — people who were not being recognized as refugees in the U.S. but felt that they would be in Canada were coming over the border," she said.

"But the main difference is the Safe Third Country agreement because it changes the way the border works."

In the 1980s, people were just showing up at official entry points and filing claims. But since the agreement came into force in 2004, they were no longer allowed to do so and that's what is prompting so many to enter through the illegal border points.

Ventura said that the people are considering coming illegally is a reflection of how much they fear deportation back to El Salvador.

But, unprompted, she pointed to something else — Prime Minister Justin Trudeau's tweet in January where he responded to the Trump administration's immigration ban and said Canada would continue to welcome people fleeing persecution.

"When Mr. Trudeau said we welcome refugees and stuff like that, he didn't say you have to visit or embassies or consulates, you have to get a visa," she said.

"He missed that part." 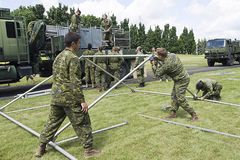 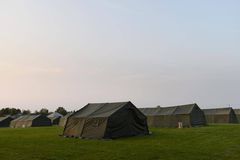