When Dawn Sinclair's workweek ends, her other work begins.

Every second Friday, she battles traffic to make the 40-minute trip to her parents' home east of Toronto where she'll spend the weekend caring for her mom, 85, left partially paralyzed by a stroke, and giving her 83-year-old dad a much-needed break.

"I'm it," says Ms. Sinclair, her parents' only child and herself the single mother of a now-grown daughter. "Sometimes it almost feels like I am in survival mode. I just keep going. There is a lot of guilt because no matter how much you do, it is never enough."

For decades, parents have been struggling to juggle work and family, making tradeoffs and seeking special arrangements with employers to attend a school event or pick up a sick child. But as Canada's population ages and policies encourage the elderly to remain at home, researchers say there is a different kind of work-life balance Canadians need to think about – one that involves a new set of variables.

"I would say very clearly elder care is the new child care," said Linda Duxbury, a Carleton University business professor who has spent her career researching work-life balance and is studying how workers like Ms. Sinclair manage demands.

Her findings to date are sobering. In a sample of 25,000 mostly professional workers, 70 per cent said they are responsible in some way for the care of an elderly relative or friend and about half said they are caring for two or more seniors. On average, those responsibilities last for more than six years – far longer than the weeks or months of leave provided by employer and government programs.

Beyond the numbers, Prof. Duxbury's research shows looking after an aging or ill family member or friend is much different than raising a child. The milestones are unpredictable, and unlike child rearing, they are seldom cause for celebration. Parents lose their independence, their mental capacity or suffer some catastrophic health event. "The emotional component of elder care is absolutely staggering." Prof. Duxbury said.

Researchers point to a convergence of factors that are making matters worse. The much-discussed greying of Canada's population means there are an increasing number of elderly who require care, but the issue doesn't stop there. People are having fewer children later in life, meaning there are fewer siblings to share the duties of helping elderly parents and increasingly they are being asked to do it when they have young children – the so-called sandwich generation – and while they are in the middle of their careers.

The fact that Canada is a country of immigrants also complicates the issue, points out University of Toronto Professor Paul Williams of the Institute of Health Policy, Management and Evaluation, since that usually means leaving behind a network of family and community supports. Even rising real estate prices will create trouble down the road, he predicts, as more people live in condos that can't accommodate extended families.

Against this backdrop, the country's health-care system is in the midst of major changes, moving more care into the home and community, in part because of scare resources, but also in response to an aging population that increasingly needs care for chronic, complex conditions rather than the acute care in which hospitals specialize.

Cindy Forbes, the head of the Canadian Medical Association who has practised family medicine in Nova Scotia for close to three decades, said the most appropriate care often is not in the hospital, and patients prefer to be at home where they can eat their own food and get rest. But she adds, the home-care system has not kept up with the need, and the result is even more demands on an already stretched resource – the family caregiver.

"I certainly see both sides in my office," Dr. Forbes said. "The difficulty of elderly patients trying to access care and how it stresses younger patients, many of them who are working and trying to look after their parents."

Prof. Williams is more blunt. "We are really leaving people in very difficult situations and we are expecting them to take it on the chin," he said.

For Sara Shearkhani, the demands of being a caregiver came suddenly in 2013 when her husband experienced his first seizure and was diagnosed with brain cancer. A graduate student in economics, she left her studies to look after him, get him to appointments and manage his care.

While she played an important role in his treatment, as organizer, researcher and interpreter when his English failed him, she was alarmed that there was no acknowledgment of her value. It was just assumed, she said, that as a wife she would be there. "We are beneficial to the health-care system. We can add value, but we are not recognized," said Ms. Shearkhani, who co-founded a caregiver-led advocacy and research group.

Prof. Williams said the shift of care to the home depends on the goodwill of family and friends to be successful – figures that are "bit players" in a hospital are becoming the ones holding the system together.

That's a huge ask, he said, one that requires the support of a community and more than money alone. "People are so fried, so overburdened," he said. "Caregivers need support, not simply a cheque in the mail and see you later." Karyn Davies sees this first hand as the co-ordinator of a caregiver support program in North Vancouver. "Caregivers are being asked to stretch to the maximum," Ms. Davies said by a system that is short on resources.

Increasingly, Ms. Davies also juggling care and careers. " I see there are a lot of sacrifices that people are making – careers and jobs that they love that they are having to put on hold or they can't progress further because so much energy is going to caregiving, " Ms. Davies said.

A report from the B.C. Seniors Advocate found that close to one in three unpaid caregivers are in distress and only about half of those had some form of public community or home support in the past week.

Ms. Sinclair said she wishes she could do more, but does not want to give up her job as a medical aesthetician and her own circle of friends. Her mom gets 14 hours of publicly funded home care each week, but she worries about how much longer her dad can continue to drive her to appointments and day programs and to care for her.

"Family can't be expected to do it all," she said. "It just isn't possible." 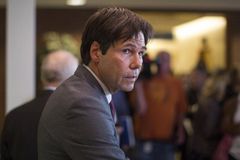 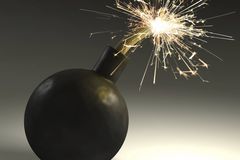