The physician who helped a Calgary woman with ALS to hasten her death following a court's approval says more needs to be done to remove roadblocks and prevent unnecessary suffering for those who meet the legal requirements to end their life.

Ellen Wiebe, the Vancouver doctor who was with the woman when she died Monday night, said last-minute difficulties obtaining the necessary drugs and finding a second doctor as required by the court underscore the need for clear professional guidelines and a national directory of those willing to provide a medically assisted death.

The case, heard by a Calgary judge in a hearing last week that was closed to the media and members of the public, is the first judicial authorization for assisted death in Canada.

Those who support physician-assisted death say it serves as an example of the difficulties others will encounter – both during this unusual four-month period, when individuals can apply to the courts, and after a new law is in place.

Some doctors who oppose medically assisted death believe they should not be compelled to offer patients referrals, and Catholic-run health organizations in British Columbia and Ontario have said doctor-assisted death will not be permitted in their facilities, leaving many questions about how patients will navigate the new law.

"It was hard on my patient," Dr. Wiebe said of the uncertainty the Calgary woman – known as Ms. S. in a court ruling released this week – faced in her final days.

Ms. S. suffered from amyotrophic lateral sclerosis, also known as Lou Gehrig's disease, which was in its final stages and left her unable to speak or move any part of her body except her left hand. She travelled to Vancouver because she could not find two willing doctors in Calgary.

Arrangements for her death were further complicated, Dr. Wiebe said, when the two pharmacists who had agreed months ago to dispense the necessary drugs reconsidered after the College of Pharmacists of B.C. advised them to get independent legal counsel.

Ms. S. "suffered unnecessary distress due to some outrageous negligence by the College of Pharmacists of B.C.," Dr. Wiebe said in an e-mail to The Globe and Mail.

After some scrambling, Dr. Wiebe said in an interview that she was able to legally obtain alternative drugs, but she criticized the B.C. body for not publishing guidelines for its members. The doctor would not discuss what steps she took to obtain the medication that was used by Ms. S. or the drugs involved.

In her ruling, Justice Sheilah Martin of the Alberta Court of Queen's Bench specifically addressed the role of pharmacists in assisted death, giving protection from Criminal Code charges to the "licensed pharmacist who prepares and provides the medication prescribed by the physician."

Bob Nakagawa, registrar for the College of Pharmacists of B.C., said Wednesday the organization would update the guidance on its website in light of the Alberta ruling. A notice posted Feb. 18 states in bold letters: "Unless a pharmacist or pharmacy technician is expressly authorized by the B.C. Supreme Court to dispense drugs as part of the physician-assisted dying process, it is still a crime to assist another person to commit suicide."

Mr. Nakagawa said the college felt it was prudent to issue the notice based on legal advice.

The Supreme Court of Canada struck down the country's ban on doctor-assisted dying last February and suspended the effect of its ruling for a year. In January, the federal government asked for a six-month extension to draft a new law. The court granted four months, and said that people who are suffering intolerably and irremediably are entitled to a "constitutional exemption" from the Criminal Code ban on an assisted death, and could ask a superior court judge for authorization.

Last week, a parliamentary committee drafted a set of proposed rules for assisted death that are now being considered by the federal government.

Dying with Dignity Canada CEO Shanaaz Gokool expects the difficulty with access experienced by Ms. S. will continue after the new federal law is in place.

"It really comes down to the logistics and the details," she said. "It is only a right if you can access it." 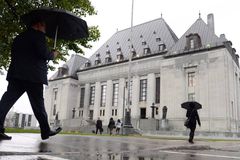 Opinion
In assisted dying, remember this: We all are fragile
March 1, 2016 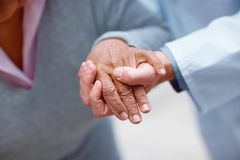