English words tend to be viewed as an invasive species by language purists in Quebec – a danger to keep at bay from French lest they spread. But now a top linguist says fears of so-called anglicisms are exaggerated and the words pose no threat to French at all.

Shana Poplack, holder of the Canada Research Chair in Linguistics, has studied hundreds of hours of conversations by bilingual French speakers and concludes that the practice of dropping English words into French remains marginal.

"Everybody talks about it, everyone has an opinion about it, and [the phenomenon] is extremely rare," said the University of Ottawa professor, who has studied the practice for years and published her findings in a new book.

Anglicisms are frowned upon in Quebec, where the Office québécois de la langue française (OQLF) constantly churns out French alternatives to English terms. The agency charged with promoting French recently relaxed rules for some words in English, giving the go-ahead to cocktail instead of coquetel and grilled-cheese instead of sandwich au fromage fondant, for example. But the agency otherwise deploys linguists to find French replacements for new words that enter the language, cooking up words such as cuisinomane as the replacement for foodie.

For all the agency's efforts, however, the hard science suggests English words are uncommon in the conversations of French speakers in Canada, according to Prof. Poplack. She recorded, computerized and analyzed hundreds of ordinary conversations by bilingual French speakers in the National Capital Region and found that less than 1 per cent of their 3.5 million words were English.

"I was shocked how few borrowings [of English words] there were," she said, noting that the finding runs counter to the popular discourse. "This discourse has gained so much traction, and so much of it is based on misperceptions."

Even when an English word makes its way into the French language, she said, users keep the sentence's correct grammar and structure, and even conjugate the English verbs as though they were French (someone might say, "Je ne peux pas dealer avec ça" to mean "I can't deal with that," for example.)

Further, most English words dropped into French don't survive, Prof. Poplack added. She studied recorded conversations of francophones going back to the 19th century and found that a majority of English words they used have fallen out of use.

"The overwhelming majority of English words brought in [to French] just disappear right away," she said. "How are they supposed to screw up the language if they just disappear right away? This is what people are claiming – that English words are brought into the language and somehow, it weakens, diminishes, deteriorates the state of the [French] language. It's astonishing to me how many people share this stereotype."

In fact, using borrowed words should be seen as a sign of linguistic prowess, not weakness, she argues.

Jean-Pierre Le Blanc, spokesman for the OQLF, says the language agency's goal isn't to condemn anglicisms but to offer a French-language alternative. Quebec has to be vigilant, considering its French-speaking population remains a tiny minority in English-speaking North America and the language remains under constant pressure, he said.

"For a language to survive, it has to create new words that stay in step with changes. A language has to show that it's modern and can adapt," he said.

That's why it came up with égoportrait for selfie, mot-clic for hashtag, and gazouillis for tweet.

Globally, while English has always absorbed new words into its vocabulary and become the world's dominant language, the French speaking world has tended to guard itself from linguistic incursions. In this regard, Quebec is regarded as a leader.

Yet Ms. Poplack says languages are constantly borrowing from one another, and French speakers will always borrow some English words no matter what purists want. 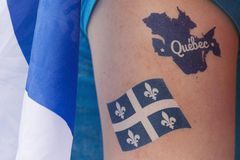 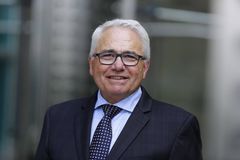