He felt the love in Israel, but when Prime Minister Stephen Harper arrives in Mexico later this month, he'll be met by an undercurrent of resentment from a continental neighbour that feels spurned by Canada.

That simmering Mexican resentment towards Canada runs deeper than their high-profile disagreement over a burdensome travel visa that the Harper government imposed on travellers from Mexico in 2009.

It extends to lingering dissatisfaction over the lack of progress to move the economic relationship beyond the North American Free Trade Agreement, the 20th anniversary of which Canada and Mexico happily celebrated last week, along with 70 years of bilateral relations.

Canada and Mexico feted the milestones with simultaneous gala dinners in Ottawa and Mexico City that were video linked.

A few hours earlier, however, Suarez offered a much more negative assessment of the state of Canada-Mexico relations to an audience of students and academics at Carleton University.

"The relationship has lost dynamism," he said. "It has become stagnant."

He added that Canadian-Mexican relations have moved to "mature, dignified old age a with flaws, limitations and increasing wrinkles on their face."

Suarez told to his audience that he usually tries to speak as diplomatically as possible in public.

But in fact, Suarez is not your typical diplomat. In an interview with The Canadian Press last fall, he said Mexico was "angry" at Canada for not being able to resolve the visa issue.

Suarez added that Harper would get an earful when he arrived in Mexico this year for his visit, and suggested Mexican President Enrique Pena Nieto might postpone a scheduled trip to Ottawa this summer if Canada hasn't lifted the visa on Mexican travellers.

Though both countries are working towards a solution, no announcement of a breakthrough appears imminent.

"Canada continues to work with the Mexicans on this issue and is monitoring the situation," Alexis Pavlich, spokeswoman for Immigration Minister Chris Alexander, said in an email.

"We want to reassure genuine visitors that they continue to be welcomed and are encouraged to visit and experience Canada .... Mexico is an important strategic partner and ally."

During his appearance at Carleton University last week, Suarez went into detail about what he thinks is wrong with Mexican-Canadian relations, giving voice to some of the more critical views of academics and analysts.

In the wake of NAFTA, he said, Canada, Mexico and the United States have "an unfinished agenda" because "it did not generate growth."

He said that NAFTA did indeed spark 20 years of export-led growth but "it did not correct the inequality between regions, the north, the south, skilled versus unskilled, large firms versus small and medium-sized firms."

That growth, he said, has been concentrated in a few sectors: mining, energy, autos and aeronautics.

When Harper and Pena Nieto sit down together for the bilateral portion of the prime minister's visit, Suarez said the great challenge facing them will be "to achieve and refine a long-term strategic vision that is both deeper and broader."

Working towards that longer-term vision should underline the upcoming visit by Harper and Pena's return visit to Canada, likely this summer, he said.

Suarez touted the great potential for a three-country North American energy bloc, as Canada, the United States and Mexico exploit the spoils of their growing natural resources.

But beyond business, Suarez aired another Mexican grievance about Canada, one that periodically rears its head over the years: Canada takes Mexico for granted.

Canada still has "a nostalgic view that still looks in Anglo terms, either to the British Empire, Britain, or to the special relationship with the U.S.," he said.

"In this nostalgic view, Mexico is non-existent."

That's resulted in Canada ignoring Mexico's transformation over the past 20 years, Suarez said, including the creation of a middle class of 50 million people — more than the entire population of Canada.

He warned Canada not to rely too heavily on the U.S. for its energy exports.

"The U.S. will no longer be dependent on Canadian energy so that part of the special relationship will be gone in a few years," he said.

Law that strips certain Canadian expats of voting rights to be debated in court
February 2, 2014 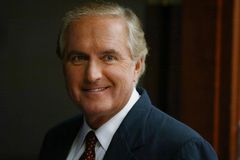