A widely used epilepsy drug is in critically short supply across Canada, leaving patients and their family members scrambling for alternatives.

The shortage of valproic acid, also known by the brand name Epival, began in December but has escalated recently to the point that patients are having trouble finding any. People with epilepsy and their family members say they can't get answers about the cause of the shortage or when it might be resolved from any of the nearly dozen generic drug companies licensed to sell valproic acid. More broadly, the situation highlights serious problems with drug shortages across Canada – often involving older, inexpensive generic drugs.

"It's a situation that has become quite serious and the shortage is very severe," said Suzanne Nurse, director of information and client services at Epilepsy Ontario. "The whole stability of the drug supply is our concern."

Valproic acid is used to control seizures and is on the World Health Organization's essential medicines list, which includes drugs that are "intended to be available within the context of functioning health systems at all times in adequate amounts, in the appropriate dosage forms," according to the WHO's website.

Carlo Berardi, chair of the Canadian Pharmacists Association and a community pharmacist in Sudbury, said valproic acid is extremely difficult to come by, presenting a major challenge to patients.

While there are other anti-convulsants on the market, switching medications can be difficult, leading to unwanted side effects and other health problems.

Lorrena Clee, who lives in Lower Sackville, N.S., is dealing with this reality. Her 32-year-old son, Presley Clee-Ferguson, needs the medication to control the symptoms of epilepsy. He also suffers from mastocytosis, a rare condition that leaves him extremely vulnerable to severe allergic reactions. Switching to another version of valproic acid produced by a different generic company could cause him to go into anaphylactic shock, as could switching him to an alternative medication.

"It's causing a huge amount of stress," Ms. Clee said. "The drug company has forced me into a corner."

Her son used to take seven tablets of valproic acid produced by Apotex every day, but has already had to switch to a different version, despite the anaphylaxis risk. He has about a month's supply left and after that, Ms. Clee said she doesn't know what she'll do.

"In 2016, this is not acceptable," she said. "[The drug companies] must have known they were running short."

Shortages have become increasingly common in Canada due to a range of factors, including unavailability of raw ingredients, regulatory issues and safety problems with manufacturing plants. Some experts also speculate that money is a factor. Most of the drugs in short supply are decades-old generic drugs that don't generate much revenue, meaning there is little incentive for companies to make them.

Ms. Clee, Ms. Nurse and others want the federal government to bring in rules that would require drug companies to disclose when drugs are in short supply. The previous Conservative government proposed regulations for mandatory reporting last June, but they weren't brought into force. Instead, drug companies can voluntarily post information about shortages online at drugshortages.ca.

In an e-mail, Health Canada spokesman Eric Morrissette said the department is gathering information about the valproic acid shortage and working with manufacturers to distribute the remaining supply.

He added that the government is committed to resolving the problem of drug shortages, but did not elaborate on whether that will include mandatory reporting.

The Canadian Generic Pharmaceutical Association said in an e-mail that the reasons for drug shortages are complex and that the association is committed to finding solutions to lessen the impact.

Tammy Smitham, spokeswoman for Loblaw and Shoppers Drug Mart, which sells Sanis Health private-label generic drugs, said in an e-mail that its version of valproic acid has been out of stock since October because of manufacturing issues, and that its alternative supplier has also run out of stock. New shipments are expected by mid-March, she wrote.

None of the other companies that sell valproic acid in Canada responded.

Editor's note: An earlier digital version of this story misstated the name of the private-label generic drugs sold at Loblaw and Shoppers Drug Mart. It is Sanis Health, not Silas Health. This version has been corrected. 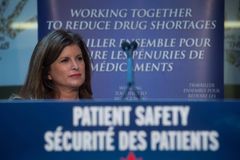 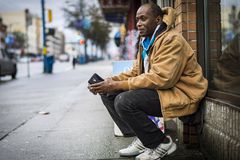 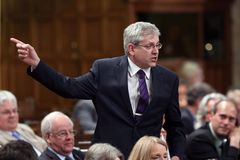