WHAT YOU NEED TO KNOW

The United Nations General Assembly voted in favour of a resolution that declares the U.S. decision to recognize Jerusalem as Israel's capital null and void; 128 countries voted in favour, nine against and 35 abstained, including Canada. The resolution delivered a condemnation of the Trump administration's unilateral decision but Canada's leading Jewish affairs organization criticized the abstention. Canadian Ambassador to the UN Marc-Andre Blanchard explained the decision to the assembly: "We are disappointed that this resolution is one-sided and does not advance prospects for peace to which we aspire, which is why we have abstained on today's vote."

Thousands attend the funeral for billionaire Apotex founder Barry Sherman and his wife Honey, a prominent philanthropist. The mourners included Prime Minister Justin Trudeau, Ontario Premier Kathleen Wynne and Toronto Mayor John Tory, in addition to family and friends, and Apotex employees. The couple was found dead last week in their North York mansion. Police say that the two died from "ligature neck compression," and are treating the deaths as suspicious. The funeral included readings, prayers and songs as well as eulogies.

Last weekend the Sherman family urged police investigators to conduct a thorough and intensive investigation. Sources told The Globe yesterday that relatives of Barry and Honey Sherman are seeking an independent investigation into the deaths.

Questions continue to swirl around the future of Apotex Inc, the company that Mr. Sherman built from the ground up. The corporation, a generic pharmaceutical company, has around $2-billion in annual global revenues and employs 6,000 people in Canada.

Trudeau should reimburse cost of his Bahamas trip to taxpayers, opposition says

A day after Ethics Commissioner Mary Dawson ruled that Mr. Trudeau violated the Conflict of Interest Act, opposition parties are calling on the Prime Minister to reimburse taxpayers for his trip to the Aga Khan's private island. The total reported public price tag for his holiday in December of last year is $215,000. Members of Mr. Trudeau's family also went to the private island, located in the Bahamas, in March of last year. The violations by Ms. Dawson do not come with any sanctions but Conservative MP Peter Kent says repaying the cost would show that Mr. Trudeau takes the judgment seriously. NDP MP Nathan Cullen echoed those comments and also added that Canada's ethics rules need to come with concrete sanctions.

Penny Collenette writes in a column that governing is not a game of friends: "The report is not politically fatal, but it dramatically highlights a self-inflicted integrity wound that must personally sting the Prime Minister. It is also a lesson for any future prime minister. Like it or not, governing is often a lonely occupation. It's definitely not a game of friends."

Andrew Cohen writes that the ruling fails in the court of common sense: "Fundamentally, the commissioner has misread human nature. There was a serious ethical lapse here only if you believe that all politicians are crooks and spiritual leaders are frauds. And that our political climate is so toxic and devoid of substance that we can spend a year discussing official behaviour more cavalier than sinister."

Between 2010 and 2014 several hundred cases of sexual assault in New Brunswick were misclassified as "unfounded," according to a review by municipal and regional forces as well as the RCMP. New Brunswick had the highest unfounded rate of any Canadian province, with 32 per cent of sexual-assault allegations deemed unfounded. The Canadian average was one in five, a Globe and Mail investigation found.

We've built several interactives that allow you to compare unfounded sexual assault rates across Canada and see what your police service is doing about sexual assault.

The Russian-backed news channel RT has been paying some of Canada's largest television providers to ensure that the channel is available on TV screens across the country. The deal is unusual because, in most cases, the television providers pay channels for the right to carry them. But sources familiar with the deal say that Moscow is so intent on promoting its point of view around the world that it is willing to pay cable and satellite operators to carry the Kremlin-controlled news channel. Some Canadian providers offer RT in packages that include little else in international news, guaranteeing wide exposure for the Russian news channel.

Catalan pro-independence parties on track to regain control of parliament

Separatist parties in the Spanish region of Catalonia are leading as ballots continue to be counted. Preliminary data show that pro-independence parties would gain around 70 seats in the 135-seat legislature and keep their majority in the assembly. It's unclear what will happen moving forward with Catalonia's place in Spain. Prime Minister Mariano Rajoy fired the regional government after a referendum vote on secession was declared illegal. This is a developing story and we'll continue to update our live file.

This is the daily Evening Update newsletter, a roundup of the important stories of the day and what everyone is talking about that will be delivered to your inbox every weekday around 5 p.m. ET. If you're reading this online, or if someone forwarded this e-mail to you, you can sign up for Evening Update and all Globe newsletters here. Have feedback? Let us know what you think.

Canada's main stock index moved higher on Thursday as banking and energy stocks gained and countered falling BlackBerry shares a day after they surged on a strong earnings report. The Toronto Stock Exchange's S&P/TSX composite index unofficially closed up 0.14 per cent to 16,182.63. On Wall Street, all three major U.S. stock indexes rose as investors bet on the energy and banking sectors. The Dow Jones Industrial Average rose 0.23 per cent to 24,782.29, the S&P 500 gained 0.20 per cent to 2,684.57 and the Nasdaq Composite added 0.06 per cent to 6,965.36.

Note: Evening Update will be taking a break for the holidays next week. We'll be back in your inbox in the new year.

Britain's Prince Harry and American Actress Meghan Markle have released a series of photos to mark their engagement. The couple is slated to get married at Windsor Castle on May 19, 2018.

"Loblaw has done the right thing by coming forward, but several questions have cropped up as details emerged. First, the length of time: For 14 long years, two of the largest players in the business altered market conditions, just because they could. Many wonder why it took so long for the company to realize it had a problem. In the grocery industry, a week is already an eternity, let alone 14 years. Most food businesses are literally just one recall away from closing. Quality assurance and ethics are central to most businesses, including Loblaw. Knowing this, it is challenging for Canadians to believe the company had only just become aware of the issue. The case for plausible denial at Loblaw is weak, at best." — Sylvain Charlebois

How #metoo shaped 2017 from start to finish

"The cultural takeaway from this year is not the most Oscar-buzzy film or the most binge-worthy TV series, but the courage of Rose McGowan, Asia Argento, Ashley Judd, Lupita Nyong'o – and so many others; the controlled anger of Uma Thurman; the hashtags of Tarana Burke and Alyssa Milano; the A-list disclosure powers of Gwyneth Paltrow and Angelina Jolie. They did it not with their art but with their own voices and stories. The power of artists to effect change has never been so evident. It started with show business, took on steam and blew up into a revolution." — Marsha Lederman

The rule of law still matters

"If we wonder why we need to pay attention to how well our criminal justice system is working, take a look at Turkey; what is happening to the Pakistani bar; the disappearances in China; the President of the United States undermining its justice system by attacking an American judge of Latin American origin by referring to him as a "so-called" judge. All this undermines the rule of law. In a political world where facts seem to matter less, a world of fake news and demonstrably outrageous lies, Canadians must become more alert to the foundations and importance of their criminal justice system." — William A. Macdonald

What health issues should be on your radar with 2018 just around the corner? Dietician Leslie Beck identifies the five most important stories to keep an eye out for: banned trans fats, saturated fat, skyrocketing childhood obesity, gluten-free diets and plant proteins.

LONG READS FOR A LONG COMMUTE

A look at the dangers journalists faced this year

With fewer military conflicts breaking out around the world, not as many journalists died doing their jobs this year as the year before – but so far, at least 42 have been killed, according to the latest statistics from the Committee to Protect Journalists. Here's an overview of the deadly toll so far.

What is forgiveness? Discuss

Discuss is a Globe Opinion feature in which two people – from politicians to journalists, academics to authors – engage in a conversation that flows out of a single question. Today's topic: Reconciling with those who wrong us. Carys Cragg and Ramin Jahanbegloo discuss.

Evening Update is written by Mayaz Alam and Omair Quadri. If you'd like to receive this newsletter by e-mail every weekday evening, go here to sign up. If you have any feedback, send us a note. 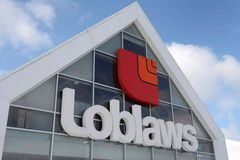 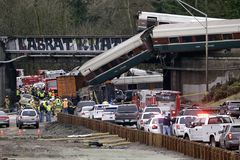