The former girlfriend of a man facing a murder charge in the death of Tim Bosma says she helped her boyfriend move a key piece of evidence days after the Hamilton man disappeared.

Christina Noudga told a Hamilton court she helped Dellen Millard move his animal incinerator, dubbed "The Eliminator," from the barn on his property near Waterloo, Ont., to the middle of the bush on the sprawling property.

She said she put on gloves, as did Millard, to help him move the huge piece of machinery.

Millard, 30, of Toronto, and Mark Smich, 28, of Oakville, Ont., have pleaded not guilty to first-degree murder in Bosma's death.

The Crown alleges Bosma was shot at point-blank range in his truck and his body later burned in that incinerator. Investigators later found two human bones and numerous bone fragments in the incinerator and blood, likely Bosma's according to a DNA analysis, was found on the outside of the machine.

Bosma vanished on May 6, 2013 after taking two strangers for a test drive in the truck he was trying to sell.

Noudga, expected to be one of the prosecution's star witnesses, often had trouble recalling details under questioning by Crown attorney Tony Leitch.

Court heard that Noudga has been charged as an accessory after the fact to the murder of Bosma and will have her own trial in November.

When asked by Leitch why they moved the incinerator, she said Millard "said he wanted to move it because the floor boards (in the barn) were getting creaky, so we should move it."

She testified earlier Wednesday about wanting to see Millard that week, but he was tied up on a lengthy "mission" that began the night of May 6, 2013.

On May 9, court heard, Millard picked her up at her home in Toronto and gave her a digital video recorder. She said she hid it in her closet, where it remained for nearly a year until she was arrested in connection with the murder.

She said she thought nothing of it even after her boyfriend was charged with the murder of Bosma in 2013.

"Ever consider taking it to police?" Leitch asked.

"Honestly, I didn't think it was related," Noudga said, adding she thought it was a stereo.

Court has already seen video extracted from the device that showed a truck hauling what appears to be "The Eliminator" outside Millard's hangar in Waterloo, Ont.

The video also shows two men walking through the hangar early on May 7, hours after Bosma disappeared. Flares are seen coming from the incinerator.

After she put the device in her closet, Noudga said she drove with Millard in his truck – hauling a large trailer – to his mother's house in Kleinburg, Ont.

She said she helped him park the trailer against the garage, so close the back doors couldn't be opened.

She said Millard's mother came out and asked why he was leaving the trailer there, which he didn't answer.

"At this point, we are both extremely stoned," Noudga said, laughing.

Then the pair drove to Millard's hangar – he inherited his father's aviation business – and she said she never discussed the "mission" Millard said he had been conducting the previous days. Those were the days after Bosma disappeared.

Court saw numerous text messages between Noudga and Millard, many of them discussing the "mission" Millard was conducting. She said she didn't have much time to discuss why he had been so aloof the previous days because of a "sexual act" on that ride to the hangar.

She said she never asked him details about the mission and was not aware of Millard's plans to steal a truck, which others have testified about.

Earlier, a Hamilton police officer testified about seizing letters in Noudga's bedroom that appeared to come from Millard while he was in jail. 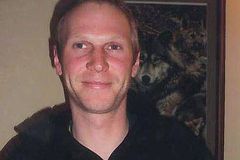 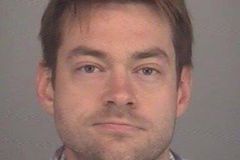