U.S. prosecutors say they can tie an alleged al-Qaeda extremist who became radicalized in Winnipeg – and who the CIA had once considered killing overseas with a drone strike – to a deadly car-bomb attack against a military base in Afghanistan.

Muhanad Al-Farekh, an American born in Texas, allegedly joined al-Qaeda eight years ago with two students he met during his university studies in Canada. He was captured in Pakistan and recently brought back to the United States to face a charge of supporting terrorism. He will also likely be charged with murder or murder-conspiracy by the end of this year.

Authorities suggest they can produce fingerprint evidence that links Mr. Farekh to a January, 2009, car bombing in Afghanistan. Officials will not confirm which attack it is, but the most prominent such bombing that month killed four Afghans and two U.S. soldiers in Kabul.

New charges against Mr. Farekh would raise the profile of a once-obscure case that started as a missing-persons investigation in Canada and evolved into a U.S.-led international manhunt in which authorities accused the three men of joining al-Qaeda.

The probe started in 2007, when three University of Manitoba students disappeared from Winnipeg. Friends of the men said that they grew more outwardly religious and, at times, intolerant. A criminal complaint filed in New York says they listened online to lectures by the firebrand preacher Anwar al-Awlaki, a U.S. citizen suspected of terrorism.

Over the years, as evidence mounted that the men had joined al-Qaeda terrorists operating in Afghanistan and Pakistan, the investigation reached into the inner sanctum of the U.S. Central Intelligence Agency.

The spy agency runs a covert drone-strike program that exercises lethal force without respect for international borders. This CIA program is designed to kill hundreds of global terrorism suspects before any of them get chance to target the United States.

Mr. Awlaki was killed this way in Yemen in 2011. The previous year, recently retired CIA director Michael Hayden told The Globe and Mail he was briefed about the Winnipeg suspects while he led the agency. He said that he had such cases in mind when he urged then-U.S. president George W. Bush to step up measures against young men from the West who were joining al-Qaeda.

Earlier this year, The New York Times reported that Mr. Farekh was at the centre of a 2012 "kill or capture" debate. Washington officials reportedly deliberated whether they would allow him to live or die, until then-attorney general Eric Holder pushed for arrest, charges and a criminal trial.

The two Canadians who travelled with Mr. Farekh – Ferid Imam and Maiwand Yar – have been unaccounted for since disappearing into the Afghanistan-Pakistan borderlands. The U.S. suspect was flown from Pakistan to the United States almost a year ago. He made an appearance in a Brooklyn court last spring to face a single charge of "conspiracy to provide material support to terrorism."

But during a September hearing, a prosecutor revealed that the U.S. Department of Justice will raise the stakes. "We believe we will be adding additional charges, certainly, including 'conspiracy to murder' and perhaps a substantive 'murder' count," prosecutor Zainab Ahmad said.

According to a transcript obtained by The Globe, Ms. Ahmad said prosecutors can now produce "recently declassified evidence of the defendant's involvement in planting the vehicle-born, improvised-explosive device [VBIED] outside the U.S. base in Afghanistan."

The transcript does not go into specifics. But court documents available through an electronic database say fingerprints from VBIED wreckage recovered after a January, 2009, attack have been compared with those of Mr. Farekh.

The most high-profile truck bomb attack in Afghanistan that month killed six at the Camp Eggers base in Kabul, including two soldiers – Carlo Robinson, a 33-year-old from Arkansas, and Simone Robinson (no relation), a 21-year-old from Illinois.

According to the documents, one of the Canadians that same month sent a letter to his family in Winnipeg in which he said: "I tell you please not to follow what the media says about Talibans, Al-Qaida [sic] and other groups fighting for the sake of Allah."

Prosecutors, who have said they hope to file additional charges by the end of November, would not provide more details to The Globe and Mail. Mr. Farekh's lawyer did not return calls. 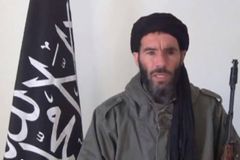