A Toronto hospital executive was evaluating potential bidders for a $300-million construction project during the same period he was involved in a private real estate venture with the builder that eventually won the contract – casting doubt on the fairness of a process that will lead to the creation of Canada's premier critical-care centre.

A Globe and Mail investigation has found that St. Michael's Hospital executive Vas Georgiou was part of the team selecting companies to bid on the facility's long-planned revitalization when he was also working on behalf of commercial property companies controlled by John Aquino, the president of the winning firm.

Bondfield Construction Company Ltd. beat two larger rivals for the coveted job of renovating and expanding St. Michael's, a project that has as its centrepiece a 17-storey patient-care tower.

Earlier this month, the hospital placed Mr. Georgiou on indefinite leave after learning – through inquiries made by The Globe – that he admitted in 2011 to creating false invoices that were used in a kickback scheme at York University. A special committee of the hospital's board has retained governance expert lawyer Carol Hansell, who in turn has enlisted forensic investigators, to probe Mr. Georgiou's tenure. Meanwhile, Mr. Georgiou's previous employer, Infrastructure Ontario, has launched a parallel investigation into, among other issues, whether his involvement in the false invoice scheme was disclosed to its board when he was fired, and why St. Michael's was not given that information before he was hired.

Mr. Georgiou confirmed that he served as an adviser to the companies controlled by Mr. Aquino after leaving Infrastructure Ontario and before starting as St. Michael's chief administrative officer. He acknowledged that he continued to do work for the companies after joining the hospital, but said any dealings he had with them while he was selecting bidders for the hospital's project were to address "minor loose ends and inquiries of a technical nature."

In an e-mail, he said: "I fully and candidly disclosed my past advisory work to both St. Michael's Hospital and Infrastructure Ontario."

Mr. Aquino confirmed he is an owner and president of the commercial property companies that hired Mr. Georgiou, but played down his own role in the business, saying he has no involvement in the daily operation.

In a statement, Mr. Aquino said: "Mr. Georgiou's limited engagement with those companies is entirely unrelated to Bondfield's successful bid on the St. Michael's [project]."

St. Michael's chief executive Robert Howard declined to comment on Mr. Georgiou's past ties to the real estate companies, or his assertions that he disclosed this relationship. The hospital will not make any comments about Mr. Georgiou's activities while it is conducting its review, Dr. Howard said. "We take these allegations very seriously," he said.

Infrastructure Ontario – which is overseeing the hospital's revitalization – says it safeguards the evaluation process by requiring participants to sign declarations that disclose any "situation that may be reasonably construed as constituting an actual or potential conflict of interest."

Infrastructure Ontario has confirmed that Mr. Georgiou did not disclose, in writing, any conflicts in connection with the St. Michael's project.

For his part, Mr. Georgiou said he informed Vince Carinci, then a procurement official at Infrastructure Ontario, about his work "on a project in which Mr. Aquino was involved." Mr. Georgiou said he was advised by Mr. Carinci that working for a potential bidder before joining St. Michael's was not considered a conflict of interest. In June, Mr. Carinci left Infrastructure Ontario to become a project director at St. Michael's – a position that is subordinate to Mr. Georgiou's. Mr. Carinci could not be reached for comment.

Officials at PCL and EllisDon, the other construction companies that were shortlisted to bid on the project, said they were unaware of any business relationship between Mr. Georgiou and Mr. Aquino.

PCL, Canada's largest construction firm, said it has a different view than Mr. Georgiou of his private dealings.

In an e-mailed statement, a PCL spokesman said: "Upon learning of this relationship, PCL sees it as a definite conflict of interest in the bidding process."

Very little is remarkable about the low-rise, brown-brick buildings in the Gervais Drive office park. But in 2012, two companies controlled by John Aquino made significant real estate investments on this strip in Toronto's north end.

In February of that year, a company that would later change its name to Gervais Property Management Inc. bought a commercial building at 60 Gervais Dr., for $4.4-million.

About eight months later, a different company, 1870475 Ontario Inc., bought the building next door, 55 Gervais Dr., for $2.3-million. Mr. Aquino is registered as the president of both companies in incorporation documents.

Around this time, the hunt at St. Michael's for a new chief administrative officer – someone who could navigate the hospital, which is now 123 years old, through its ambitious renovation and expansion – had come to an end. The board was told at its November, 2012, meeting that a preferred candidate had been identified. Two months later, the hospital announced it had appointed Mr. Georgiou to the post. "His leadership will no doubt guide us through some of our most exciting projects over the next several years, including the construction of our new 17-storey patient care tower," Dr. Howard said in a statement at the time.

Unbeknownst to St. Michael's, Mr. Georgiou had been fired about a year earlier from his senior executive position at Infrastructure Ontario after he was implicated in a false invoice scheme at York University. What many St. Michael's staff members who now worked under Mr. Georgiou also did not know – at least at that time – was that their new boss had outside business activities in which he was engaged while running the hospital. These included the buildings on Gervais Drive.

During the same period Mr. Georgiou was preparing to steer St. Michael's through its ambitious revival, he was acting on behalf of the companies that purchased those buildings in 2012, sources and e-mail records reviewed by The Globe show.

Four individuals involved in negotiations to move into 60 Gervais Dr. said Mr. Georgiou was their primary contact when dealing with the landlord. Another source, who was connected to the company that leased part of 55 Gervais Dr., said Mr. Georgiou was included on dozens of e-mails about the redevelopment between January and July, 2013 – the first seven months of his tenure at St. Michael's.

"[Mr. Georgiou] represented the ownership group for that space and was our direct contact," said Michael Lomax, a project manager with Cresa, who acted for one of the new Gervais Drive tenants.

In an e-mail to The Globe, Mr. Georgiou described his role as an adviser to a partner who managed the properties, whom he did not name.

It appeared that one of Mr. Georgiou's main duties, the sources said, was to co-ordinate construction work on the buildings in anticipation of the new tenants moving in – work that was performed by Bondfield.

One of those new tenants was In-Common Laboratories, a not-for-profit company that acts as a broker for hospitals that need to find the right destination for test samples. In April, 2013 – which was about two months after the deadline for potential bidders on the St. Michael's project, including Bondfield, to apply – Mr. Georgiou exchanged e-mails with the non-profit about work Bondfield was to perform on its new space. Those renovations included new drywall, sprinkler heads and light fixtures, an e-mail written by Mr. Georgiou and reviewed by The Globe shows. Mr. Aquino was one of several people to receive that e-mail.

That same month, Mr. Georgiou also dealt with parking issues with another tenant, the non-profit Ontario College Library Services. In the correspondence reviewed by The Globe, Mr. Georgiou used his private Sympatico e-mail address, not his St. Michael's e-mail address.

Also that month, St. Michael's announced it had settled on a shortlist of consortiums to bid on the project. That list included three construction firms: PCL, EllisDon and Bondfield. Mr. Georgiou was one of four members of the executive committee – along with another St. Michael's official and two representatives of Infrastructure Ontario – who approved that shortlist.

In August, St. Michael's officially invited Bondfield, PCL and EllisDon to bid. That part of the process is referred to as the request for proposals, or RFP.

The Globe has no evidence that Mr. Georgiou continued to work for the real estate companies controlled by Mr. Aquino after the RFP was released.

In the summer of 2014, after all the contenders had bid, the project hit a snag. Complications arose, according to minutes of a hospital board meeting in September, because the team evaluating the requests for proposals, including Mr. Georgiou, did not reach consensus, something that was mandatory before the project could proceed.

The solution to this impasse was to enlist a third-party consultant to review the submissions. After a few weeks of analysis and negotiations, evaluators reached consensus and approved Bondfield.

On Jan. 28, 2015, St. Michael's announced that Bondfield had won the contract. In a St. Michael's newsletter published the next month, Mr. Georgiou touted Bondfield's portfolio in "health care, education and commercial projects."

"We're confident [Bondfield] has the skills and experience to make our vision for St. Michael's … a reality."

Mr. Georgiou said in his response to The Globe that the additional independent oversight on the St. Michael's project allowed the evaluation team to reach a consensus on Bondfield.

"The entire process is designed and operates to ensure that no one person has control over directing the bidding process and to provide complete fairness and transparency," Mr. Georgiou said.

Feb. 8, 2012: Vas Georgiou, a senior executive at Infrastructure Ontario, is fired after the agency's chief executive learns Mr. Georgiou has been implicated in a scheme to defraud York University.

Jan. 14, 2013: St. Michael's announces it has hired Mr. Georgiou as chief administrative officer and that he will guide the hospital through the process of building its new patient-care tower.

January to July, 2013: Mr. Georgiou, representing the real estate companies that Mr. Aquino controls, deals with prospective tenants on issues related to their tenancy at 60 Gervais Dr. and 55 Gervais Dr. He also is involved in the redevelopment of the properties, work performed by Bondfield.

May 27, 2013: St. Michael's announces that three construction companies have made the short list: Bondfield, PCL and EllisDon. All are invited to submit bids as part of the request for proposals.

Summer, 2014: After all the contenders bid on the St. Michael's revitalization, the project hits a snag when the team evaluating the requests for proposals, including Mr. Georgiou, does not reach consensus.

September, 2014: A third-party consultant reviews the submissions, and after a few weeks of negotiation, the evaluation team reaches a consensus. 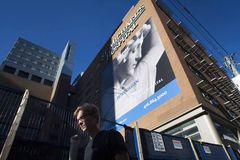 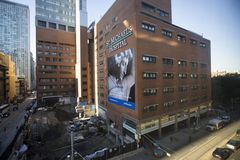 Ontario Liberals' gas-plants scandal: Everything you need to know
April 1, 2015
Follow Greg McArthur, Robyn Doolittle and Karen Howlett on Twitter @McarthurGreg @robyndoolittle @kahowlett
Report an error Editorial code of conduct
Due to technical reasons, we have temporarily removed commenting from our articles. We hope to have this fixed soon. Thank you for your patience. If you are looking to give feedback on our new site, please send it along to feedback@globeandmail.com. If you want to write a letter to the editor, please forward to letters@globeandmail.com.
Comments are closed