An exact replica of the ship's bell from the doomed Franklin expedition is now on display at the Royal Ontario Museum – thanks to 3-D printing technology.

The bell was unveiled at the museum in Toronto Thursday as the federal government announced that the ROM will take the lead on displaying artifacts from the HMS Erebus, discovered on the ocean floor by Parks Canada in September.

The bell, created by Toronto photographer Edward Burtynsky and designer David Didur using 4,000 printed layers of a plaster-like material held together with a resin, is the centrepiece of a small display at the ROM dedicated to the Franklin find.

The ROM will also direct the larger Franklin Outreach Project, a three-year initiative with Parks Canada that will circulate Franklin material to museums around the country.

ROM director Janet Carding called the discovery of the Erebus, one of the two ships in Sir John Franklin's unsuccessful quest through Arctic waters to find the Northwest Passage, "the most exciting story that will be told in Canadian history in coming years."

It is assumed that both of Franklin's lost ships, the Erebus and HMS Terror, got stuck in pack ice in the area between Baffin and Victoria islands in what is now Nunavut. Parks Canada has conduced six searches for the wrecks since 2008 and discovered Erebus in September in the Queen Maud Gulf, west of O'Reilly Island, using side-scan sonar technology.

The project, which will include exhibitions, lectures, interactive displays and information about new discoveries as it becomes available, will also stress how Inuit lore helped to locate the wreck.

"The ship was discovered in the area the Inuit always said it was," Leona Aglukkaq, the federal minister responsible for Parks Canada, explained at the unveiling of the replica bell. "The community is very excited; it validates their knowledge."

The replica was created using the latest 3-D printing technology and Mr. Burtynsky, a leading art photographer and filmmaker, describes it as a snapshot of the fleeting moment when the bell was still wet with sea water. The print is detailed enough to show flakes of metal rusting off the inside.

Mr. Burtynksy and Mr. Didur's company, Think2Thing, first photographed the bell thousands of times as conservators sprayed it with sea water to maintain its underwater environment. The final 3-D object was then rendered by the printer in 4,000 photographic layers, which were touched up to remove reflections from the water drops before a binding resin was applied.

The real bronze bell has since been dried and conservators must now decide to what degree the corroded metal should be restored and its green patina removed.

The ROM display, which will be on view until mid March, 2015, also lets visitors "ring" the bell by activating an audio recording of a similar ship's bell from the Queen Mary II ocean liner.

The Franklin discovery is key to the Conservative government's emphasis on national history leading up to the 150th anniversary of Confederation in 2017, and to Canadian claims in the North: When the bell was first found on the ship's deck last month, Ms. Aglukkaq called the Franklin expedition a "founding block of Canada's sovereignty" in the Arctic.

This week, Denmark laid claim to the North Pole (which lies more than 2,000 kilometres north of the Queen Maud Gulf) by submitting evidence to the United Nations. Both Canada and Russia will also submit their own claims in a case that is expected to drag on for years.

Meanwhile, other Canadian researchers are continuing work that speaks to much earlier European presence in the area: Arctic archeologist Patricia Sutherland has recently published a study of a thousand-year-old crucible for metalworking that she believes is a Norse artifact and evidence that the Vikings were living and working in the area of Baffin Island around 1000 AD.

Opinion
The Franklin discovery’s not about what, but where
March 27, 2018 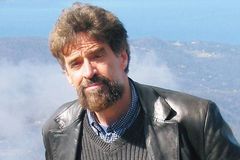 One Franklin Expedition ship has been found, but the mystery continues
May 12, 2018

Why is the Franklin expedition such a Canadian story?
May 12, 2018 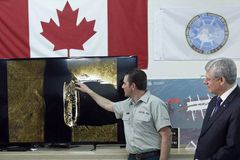 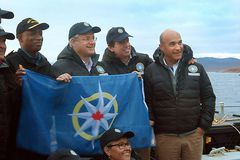 Bell of captain’s ship recovered from Franklin Expedition
May 12, 2018