A team of scientists is aiming to give online viewers their best look yet at Canada's most exotic marine ecosystem that's also a potential candidate for designation as a World Heritage site.

The expedition to the glass sponge reefs in British Columbia's Hecate Strait is scheduled to depart from Victoria on Wednesday.

Scientists will spend approximately eight to 10 days gathering data and images from the reefs, which were recently named a marine protected area by the federal government after years of lobbying by conservation groups.

Unlike corals, which build up reefs out of calcium carbonate, glass sponges are living organisms whose bodies are made up of 80-per-cent silica by mass. As they grow, they form delicate tubular-like structures that allow them to filter nutrients from seawater. Although glass sponges are found elsewhere in the world, they are only known to form reefs in the frigid waters off the B.C. coast, in particular the channel that separates the Haida Gwaii archipelago from the mainland.

"What we want to do is refine our understanding of the extent of the reefs so that we have a much more solid picture of where they are," said Sally Leys, an evolutionary biologist at the University of Alberta and the expedition's scientific lead.

Based on data gathered during previous expeditions, Dr. Leys and her colleagues believe the sponges are able to eke out an existence in the nutrient-poor waters by forming structures that passively take advantage of currents to increase the amount of nutrients flowing through the reefs while minimizing their expenditure of energy.

"They use a chimney effect of allowing the flow over top of them to draw water through them," she said.

This effect helps explain the breathtaking forms that the sponges take, in some cases reaching several metres in height.

Photographs of the spectacular structures found on the reefs, which are estimated to have formed over the past 9,000 years, have helped conservation groups make the case that the area requires special protection. During this week's expedition, Dr. Leys is hoping, for the first time, to livestream the team's explorations conducted with the remotely operated submersible called ROPOS.

"When you see [the glass sponges] you just think, 'Oh, what a treasure that's down here,'" Dr. Leys said. "If Canada is going to protect them, then Canadians should have every opportunity that they can to see them."

Until the reefs were discovered 30 years ago, such formations were thought to have disappeared along with the dinosaurs. In February, the reefs were named a marine protected area by the federal government, which restricts fishing activities within their boundaries. However, questions remain about how much the reefs may be affected by silt that drifts over from nearby areas where fishing trawlers are active.

Stephanie Archer, a postdoctoral researcher based at the Pacific Biological Station in Nanaimo, B.C., is among the expedition members who will be focusing on and sampling the various species that live on the reefs, including sea stars, squat lobster, crabs and rockfish, in order to understand what they are eating and how they relate to one another.

"If we know better how the system is functioning as a whole, we'll be able to better direct [federal fisheries managers] to key species that they need to watch out for so they can build a better monitoring plan," she said.

While 2,410 square kilometres of territory encompassing the reefs now has protected status, the Canadian Parks and Wilderness Society has been working to include the reefs as one of the next set of Canadian candidates for designation as a World Heritage site under the United Nations.

"These glass sponge reefs exist nowhere else in the world," said Sabine Jessen, director of the society's oceans program. "We have an international obligation as well as a national one to protect them into the future." 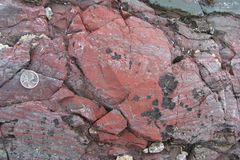 Arctic Labrador plant life echoes long human presence
January 27, 2017
Rescued ice cores bound for new home at University of Alberta
January 13, 2017
Follow Ivan Semeniuk on Twitter @ivansemeniuk
Report an error Editorial code of conduct
Due to technical reasons, we have temporarily removed commenting from our articles. We hope to have this fixed soon. Thank you for your patience. If you are looking to give feedback on our new site, please send it along to feedback@globeandmail.com. If you want to write a letter to the editor, please forward to letters@globeandmail.com.
Comments