Six years ago, Ellyn Braun's doctor told her that the acne medication she was taking could double as birth control, even though Health Canada doesn't regulate it as a form of contraception.

The drug, Diane-35, is regulated for temporary acne treatment, but Braun's been using it on a permanent basis as a birth control pill – even though it has been linked to the deaths of nine Canadians since 2000.

That doesn't seem to faze Braun.

"I think there's a place for it, but you just have to be careful about it," says the 28-year-old medical student at McMaster University in Hamilton.

She's far from alone. "Off-label" prescriptions – using drugs to treat illnesses for which they haven't been approved by Health Canada – is a growing "social experiment" in Canada that demands more careful scrutiny, experts say.

Canada needs a national monitoring system to keep tabs on the practice, said Dr. Robyn Tamblyn, scientific director with the Canadian Institutes of Health Research and a researcher at McGill University in Montreal.

"Off-label use is a reality," Tamblyn said in an interview.

"It is occurring more and more oftena and there's been very little research in this area because of this whole issue of not collecting information."

A study co-authored last year by Tamblyn found 11 per cent of prescriptions in Canada are off-label; in 79 per cent of those cases, there was no evidence to back up the doctor's decision.

The study found most of the drugs used for unregulated purposes were anticonvulsants, antipsychotics and antidepressants. As well, it found that if the drug was approved for three or four different uses by Heath Canada, it was less likely to be used off-label as opposed to drugs only approved for one or two uses.

Tamblyn proposed the idea of a monitoring system to the Senate committee on Social Affairs, Science and Technology last week, and intends to pitch Health Canada on the same idea later this month. Health Canada has historically rejected the idea of regulating drugs, saying it can't control what doctors prescribe.

With the exception of Quebec, most provinces don't require doctors to say why they prescribed a certain drug or whether it's off-label, leaving researchers to grapple with the possibility of unknown side effects.

The infrastructure is already in place for a monitoring system, said Tamblyn, which would require doctors and pharmacists to note on electronic prescriptions whether the drug is off-label, as well as their reasons for prescribing it.

"The provinces have – and have had for some time – large banks of administrative data that they maintain which allows them to know exactly which drugs were dispensed to the population ... but they've never used the data for that purpose," she said.

That's where Health Canada, which already partners with the provinces through the Drug Safety and Effectiveness Network, would fit in as the regulatory body for monitoring drug safety: "It really is a shared responsibility."

As patients like Braun would attest, however, off-label drug use isn't necessarily a bad thing.

Dr. Joel Lexchin, a professor at York University in Toronto, said he agrees in principle with the idea of monitoring off-label drugs.

But the federal Conservative government prefers to maintain a clear line between federal responsibilities and those that are the clear domain of the provinces, such as the delivery of health care, Lexchin said.

That means a national system would likely never see the light of day.

"I think the federal government is going to, from a political point of view, not be at all interested in this," Lexchin said.

Without national co-operation, it would be a challenge to link different health care databases across the country to get the data researchers need, he added.

"If you don't have any kind of national co-ordination, it then makes it more difficult to be sure that the provincial databases are going to be able to talk to each other."

Sharing the information would allow researchers to track drug reactions in order to determine which drugs are helping, hurting or doing absolutely nothing in treating specific ailments.

Diane-35 is currently being reviewed by Health Canada after having being linked to the deaths of nine girls and women between the ages of 15 and 46 over the last 13 years.

France banned the drug outright in January after it was linked to four deaths over the last 25 years.

Besides the clear health benefits of a national system, Tamblyn told in committee, there would be potential financial upsides for the provinces since they foot the majority of the bill for prescriptions.

"If a drug is prescribed 99 per cent of the time in cases where it hasn't been studied, you either are getting a benefit you don't know, or you are paying for something that either is doing nothing or doing damage," she said.

Tamblyn said she thinks the added benefits of monitoring unregulated drug use would help sway the provinces, since it would enable them to limit adverse reactions, saving money in the process.

A spokesperson for the B.C. Ministry of Health said the government "would be open to seeing a business case for such a system and what benefit it would give, if one was offered to the provinces."

Ontario Ministry of Health spokesman David Jensen wouldn't speculate about whether the province would welcome a national monitoring system, but said his department "continues to explore new ways to monitor prescription drug use to enhance patient safety." 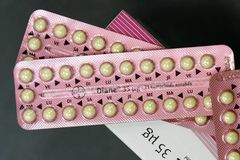 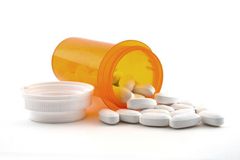