Canadian regulators may be forced to create new rules to stop pharmaceutical companies from slapping exorbitant prices on prescription drugs and expecting governments and consumers to foot the bill, say several health-policy experts.

The growing problem of high drug prices reached a boiling point last week after reports of overnight price hikes for old drugs with expired patents. In one case, Turing Pharmaceuticals raised the price of Daraprim, used to treat life-threatening infections, to $750 (U.S.) a pill from $13.50.

CEO Martin Shkreli defended the move in a New York Times interview by saying, "This isn't the greedy drug company trying to gouge patients; it is us trying to stay in business." The company has since backtracked, saying it will reduce the planned price increase, although it has not indicated by how much.

U.S.-based Rodelis Therapeutics was forced to back down last week in the midst of a public backlash after it raised the price of the decades-old tuberculosis drug cycloserine to $10,800 for 30 pills from $500.

Those two drugs are not widely used in Canada. But they represent a growing problem that affects Canadians: The sudden, inexplicable price increases of older, off-patent medications are part of a global trend that threatens the affordability and accessibility of life-saving medications, according to Steve Morgan, professor of health policy at the University of British Columbia's School of Population and Public Health.

And the problem isn't confined to older generic drugs. Many new patented brand-name medications are being introduced at prices so high they threaten the sustainability of the health-care system, Dr. Morgan said.

When a new drug comes on the market, its manufacturer is given a patent so it can recoup development costs and make a profit. Once the patent expires, generic drug manufacturers can make their own versions at drastically reduced prices. But in the past few years, prices for some once-cheap generic drugs have skyrocketed. Sometimes, the increase is linked to shortages of raw ingredients used to make the medication or problems in the supply chain. Currently, there is a shortage in Canada of a number of generic drugs, such as tetrabenazine, used in the treatment of Huntington's disease, and nitroglycerin, used in heart patients.

But increasingly, companies are making older generics that are no longer being produced or are being made in small quantities. Typically, the drugs aren't prescribed very often, which has allowed the price increases to fly largely under the radar. Last year, for instance, Valeant Pharmaceuticals said it would raise the price of the off-patent drug Syprine – used to treat a rare condition known as Wilson's disease – to $11,000 (Canadian) for 100 tablets from $800. The company later backed down following an outcry.

No one knows exactly how often these huge price hikes occur. Philip Emberley, director of professional affairs at the Canadian Pharmacists Association, said it's relatively rare but that "it seems to be coming up more frequently."

An article published last November in the New England Journal of Medicine states that rising prices for generics are occurring as small private pharmaceutical companies step in to manufacture them when few or no other companies are, perhaps to "corner a niche market for a pharmaceutical agent."

The regulations for generic drug prices are mandated by provincial governments, which set price caps based on a percentage of the former patented drug's price. But in cases where there is only one company manufacturing a generic drug – with no branded version to calculate the price – companies are free to charge any amount they want.

Canadian experts say they are deeply concerned about affordable access to life-saving medication and that it's time for government action.

"We're not dealing here with the next cool widget," said Jillian Kohler, associate professor in the Leslie Dan Faculty of Pharmacy at the University of Toronto. "We're dealing here with products that are essential to enhancing the quality of life or even saving lives."

Mr. Emberley said rules must be developed to prevent companies from targeting generic drugs for price increases. "There's no regulatory capacity to address this kind of situation," he said.

Jeff Connell, vice-president of corporate affairs with the Canadian Generic Pharmaceutical Association says that, over all, the cost of generic drugs in Canada is on the decline and that numerous measures are in place to protect against unfair pricing.

UBC's Dr. Morgan said he believes rising generic drug prices are following a trend set by the increasingly exorbitant costs of brand-name patented drugs. It's become increasingly common for drug companies to set high prices for new products, which is putting a strain on provincial drug plans, private insurers and Canadians who must pay out-of-pocket.

One of the most frequently cited examples is Soliris, a drug used to treat the rare diseases paroxysmal nocturnal hemoglobinuria and atypical hemolytic uremic syndrome. The drug costs up to $700,000 for one year, and patients on it must continue treatment indefinitely to see benefit.

In a rare move, the Patented Medicine Prices Review Board – a quasi-judicial body – announced in January it would hold hearings to determine whether the price of Soliris is excessive. The board alleges the cost of Soliris in Canada is higher than the price being charged in comparable countries – allegations Alexion Pharmaceuticals continues to deny in the case, which is continuing.

Alexion has filed a suit with the Federal Court of Canada to challenging whether the PMPRB "does indeed have the authority to regulate the prices of patented medicines," according to a company statement. The company argues that Parliament "overstepped its constitutional authority" when giving the board the power to regulate drug prices.

Pharmaceutical companies say such prices are a reflection of the research, development and other associated costs required to bring a drug to market.

But others, such as Dr. Morgan, argue that drug companies will simply charge what the market will bear. A few hundred thousand dollars for a drug would have been unheard of in the 1990s, but it's now the norm because companies have been allowed to get away with it, he said.

"Our notion of what is an exorbitant price has shifted," Dr. Morgan said. "It's an attempt from a manufacturer to seek everything the market will pay for a drug."

Dr. Kohler points out that drug companies don't disclose what they spend on creating new drugs or their approach to setting prices. Governments need to step in to help protect consumers from exorbitant pricing when it comes to an area as important as life-saving treatment.

U.S. Democratic presidential candidate Hillary Clinton said on Tuesday she hopes to put an end to "price gouging" by the drug industry through a series of measures, including a $250 (U.S.) per month cap on out-of-pocket drug costs that insurance companies can ask patients to cover for chronic diseases or other serious medical conditions. 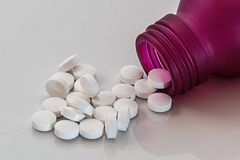 The slow, steady battle for Guineans’ trust in the Ebola vaccine
September 27, 2015