Denis Brodeur, the father of star goalie Martin Brodeur who enjoyed a lengthy career as one of Canada's most successful sports photographers, has died at age 82.

He shot the Montreal Canadiens for several decades, first as a newspaper man and then as the team's official photographer.

Brodeur was one of two photographers to capture the iconic image of Paul Henderson celebrating the winning goal of the 1972 Canada-Soviet summit series. In 2006, he sold his archive of 110,000 photos to the National Hockey League for $350,000 (U.S.).

"My sympathies to the family of Denis Brodeur, the celebrated photographer who helped so many Canadians discover hockey," Prime Minister Stephen Harper said in a French-language message on social media.

"Denis Brodeur's images brought the action, the drama and the passion of the game sharply into focus for generations of fans around the world," Bettman said in a statement.

Fellow photographers reminisced Thursday about a gentlemanly colleague who went out of his way to help others.

"In a cut-throat business, he was a true class act," said Ryan Remiorz, a photographer for The Canadian Press who first met Brodeur while shooting Montreal Expos games in 1979. He said his veteran colleague was always willing to share advice or help with organizing logistics.

"He was already a legend before I showed up."

The elder Brodeur's career extended beyond hockey. He was also the official photographer for the Montreal Expos and shot numerous local sporting events and pro wrestling, sometimes bringing his children along with him.

He would also bring his family to Florida every year for spring training. They made the lengthy drive down to Florida because Mireille Brodeur, Martin's mother, didn't like flying.

In Florida, the family would rent a motel room. Photographers recalled visits to that motel, where Denis would set up a makeshift darkroom and Mireille cooked for the family on a hot plate.

The Brodeurs' close-knit relationship included rare family bonds, on and off the ice.

Before his media career, Denis Brodeur was also a goalie who won an Olympic medal, like his son.

He backstopped the Canadian team that won the bronze at the 1956 Cortina d'Ampezzo games. The younger Brodeur had the words "Cortina d'Ampezzo 1956," and "Salt Lake City 2002," inscribed on his New Jersey Devils mask in honour of the father-son Olympic medals.

As for photography he had another son, Claude, who followed him into that profession.

In later years, a beaming Denis Brodeur would be on the ice, celebrating several Stanley Cup victories with his son while his longtime colleagues snapped pictures of the moment.

"The entire New Jersey Devils organization is tremendously saddened by the loss of Denis Brodeur, Sr. The Brodeurs have been part of the Devils' family for over 23 years," Devils president and general manager Lou Lamoriello said in a statement. "Denis proudly dedicated his life, on and off the ice, to the game of hockey and for that he will be fondly remembered. Our thoughts and prayers, right now, are with Martin and his family."

His grandson is also a goalie in the Devils' system.

"Miss you so much already Grandpapa. Rest In Peace. Je t'aime."

A former Montreal Canadiens general manager said Brodeur had a unique bond with the players.

"The difference was that he played the game," said Rejean Houle, a former Habs forward and team executive.

"He won the Allan Cup, the highest honour in senior hockey in the country, and he played at the Olympics. So he went through what we went through when we were players so he wasn't just a photographer, he was like a colleague, he was part of the boys." 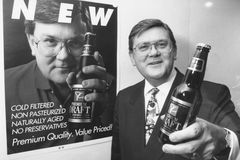 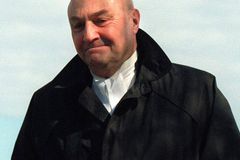