It is the very sweetest of ironies that hockey tough guy Don Cherry should be shilling for Julian Fantino, the former OPP commissioner now running as the Conservative candidate in the federal riding of Vaughan.

"There are not enough words to describe how much respect I have for Julian Fantino," Mr. Cherry says in an automated call that went out this week to some voters in the sprawling riding north of Toronto. "He is honest, experienced and he's always there for the little guy."

Mr. Cherry, of course, lives in Mississauga, works in downtown Toronto, and has a cottage near Kingston. He has, in other words, no vested interest, let alone a vote, in the by-election next Monday.

Now when Gary McHale, then of Richmond Hill, first poked his nose into the occupation that was going on in the town of Caledonia south of Hamilton, and began in late December, 2006, organizing rallies for those who objected to the way the Ontario government and the OPP were handling the occupation, Mr. Fantino had just taken over as the OPP boss.

He immediately demonized Mr. McHale, not a Caledonia resident, as "an outsider" with "an agenda."

In a flood of internal e-mails to the officers who worked for him (these later were made public as a result of Mr. McHale's various disclosure requests in court) and in his public statements, the then-commissioner went to remarkable lengths to characterize Mr. McHale and his supporters, to borrow from one of the e-mails Mr. Fantino sent, as "interlopers who put their own personal agendas" ahead of the purportedly grand peace efforts at the negotiating table.

It was an astonishing use of the resources of the state against a private citizen who had done nothing but exercise the very freedoms guaranteed by the Charter.

And it culminated in two extraordinary events.

The first was Mr. McHale's arrest on a charge of "counselling mischief not committed," which virtually no one had ever heard of but which was used nonetheless to impose sweeping travel restrictions upon him for more than two years (and keep him out of Caledonia, in other words). This charge was ultimately stayed by the Crown.

The second event was then-commissioner Fantino's letter to a court in defence of a native man who was accused of assaulting Mr. McHale (and that man later pleaded guilty).

In this letter, the most senior law officer in the province blamed Mr. McHale for provoking the assault upon him, just as short skirts and tall boots once may have been considered provocation to rape.

Mr. Fantino sure wasn't "there for the little guy" in Caledonia. Indeed, in the case of Mr. McHale, he set out to nail him.

I mention this in part because the 68-year-old Mr. Fantino has managed to duck the only truly public all-candidates debate in Vaughan (he did attend another taped by Rogers television) where by chance, Mr. McHale and about 20 supporters showed up to make sure that the subject of the Caledonia occupation was raised.

A bottle of water was placed behind the placard bearing his name.

When Mr. Fantino told organizers he couldn't make the original scheduled debate on Nov. 18, they changed the date to Nov. 23 to accommodate him. Kim Champion, the editor of the Vaughan Citizen newspaper, which was sponsoring the debate, told those in attendance Tuesday night that she never did receive a formal reply from Mr. Fantino, but he apparently told one of her reporters that he had to attend a memorial mass for his father-in-law that night.

But the point is, for a man hailed as the Conservatives' hot new law-and-order fellow, there are some real questions about his credentials, at least as they showed themselves in Caledonia where the rule of law was shattered, and a rather terrifying indication of his willingness to turn the full beam of his attention and power upon individuals whose only sin is to disagree with him.

In this regard, I'm afraid, Mr. Fantino seems a sadly good fit for a party whose approach to law-and-order strikes me increasingly as cartoonish.

Earlier this year, for instance, Ottawa did away with two-for-one credits for time served in jail by those who are merely accused and awaiting trials, a dopey move which has only resulted in ever-more crowded prisons, and also shut down a farm at the Frontenac Institution in Kingston, removing one of the few genuinely gentling forces to which prisoners might be exposed - animals.

It's funny, but over the course of my long newspaper career, I'd always previously defended Julian Fantino. His performance in Caledonia changed my mind, and I venture to say if more people knew just how he conducted business there, more minds might be changed. And that, methinks, is why he's run the pop-up, peek-a-boo campaign he has, and enlisted, as Fantino-speak would have it, interlopers such as Don Cherry.

Editor's Note: An earlier online version of this article suggested that Julian Fantino's family marked the anniversary of his father-in-law's death six weeks late. That is not the case. This version has been corrected. 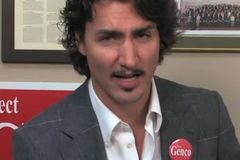 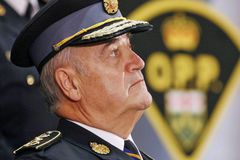 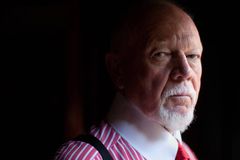 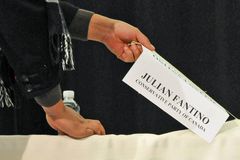 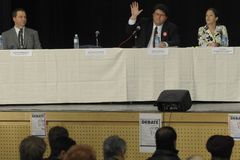 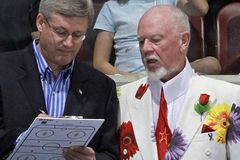 By-election nastiness makes it to the House of Commons
November 19, 2010 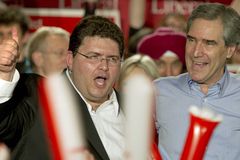