The Winnipeg fashion mogul Peter Nygard has been found in contempt of court for failing to heed a judge's order that he not alter a disputed roadway in an exclusive Caribbean gated community, the latest chapter in an epic neighbours' feud between the Canadian businessman and a U.S. billionaire.

Mr. Nygard could face a 30-day prison sentence unless he agrees within two weeks to pay a fine of 50,000 Bahamian dollars (about $49,000 Canadian) and restore the road at his expense, according to a judgment released on Monday by the Bahamas Supreme Court.

The dispute pits Mr. Nygard against New York hedge-fund manager Louis Bacon, both property owners in the pricey enclave of Lyford Cay, on the white-sand beaches of the western tip of the Bahamas' New Providence island.

The two have been at odds over a road on Mr. Bacon's land that leads to Mr. Nygard's lavish Mayan-themed property. Mr. Nygard claims a right of way, but the other side alleges that the Canadian has also made unilateral changes to the roadway.

In the latest twist, the Bahamas Supreme Court decision says that Mr. Nygard breached a June 13 court order to leave the road alone until the dispute was sorted out in court.

The judgment says that during the summer, Mr. Nygard failed to remove a sign saying, "To Nygard cay," and had workers remove large coral stones, destroy plants belonging to Mr. Bacon and modify the road's gradient by adding a layer of asphalt in front of his entrance gate.

"He broke a solemn obligation to the court. If left unchecked, Nygard's conduct after 13 June 2012 would tend to erode public confidence that the judiciary shall subject all parties appearing before it to the rule of law," Mr. Justice Stephen Isaacs wrote.

"It matters not that a party passionately believes in his case, self-help justice … must be stopped."

Mr. Nygard had previously claimed in court documents that he was the victim of a conspiracy by Mr. Bacon and other Lyford Cay property owners who used a retired FBI officer to plant an unflattering story about him with the CBC's The Fifth Estate. The program was aired in 2010.

Mr. Nygard has since filed civil lawsuits against the broadcaster and a criminal libel complaint, which are continuing.

"Their intent is to force Nygard from the Bahamas, by whatever means, because they appeared not to like Nygard or did not approve of his lifestyle," Alick Morrison, a former Scotland Yard inspector who went undercover for Mr. Nygard, said in an affidavit last year.

Past media reports about civil suits between the two men in Bahamas courts say that Mr. Nygard liked to indulge in loud, late-night disco parties and karaoke sessions, prompting Mr. Bacon, a father of five, to counter by blaring industrial-strength loudspeakers at his neighbour.

Requests for comments made by phone and e-mail to a spokeswoman for Mr. Nygard's company were not answered on Wednesday. 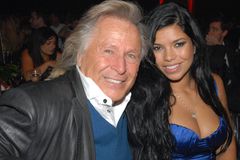 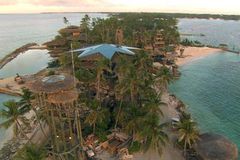 Nygard ordered to pay manager's overtime
April 25, 2018
Follow Tu Thanh Ha on Twitter @TuThanhHa
Report an error Editorial code of conduct
Due to technical reasons, we have temporarily removed commenting from our articles. We hope to have this fixed soon. Thank you for your patience. If you are looking to give feedback on our new site, please send it along to feedback@globeandmail.com. If you want to write a letter to the editor, please forward to letters@globeandmail.com.
Comments are closed