The couple from Kingston, Ont., broke down in tears Tuesday as they thanked an anonymous donor who made it possible for the second of their twin daughters to receive a life-saving liver transplant.

Pausing to take deep breaths as they faced a wall of journalists at Toronto's Hospital for Sick Children, the Wagners said they now looked forward to a long life with their two girls.

"Thank you for your unselfishness for what you've done," an emotional Johanne Wagner said as she held one of her daughters in her arms. "There's no other word than thank you."

The story of three-year-old Phuoc and Binh Wagner has tugged at heartstrings across the country and beyond.

The twin girls were 18 months old when the Wagners adopted them from Vietnam. They are the youngest of the couple's nine children – the Wagners had five kids before deciding to adopt.

The couple knew early on that the girls had liver problems, but didn't know the extent.

It turned out that the twins have Alagille syndrome, a genetic disorder that affects vital organs. Doctors said they would die without a liver transplant.

Their father learned that he was a match but could donate part of his liver to only one of the girls. He said he couldn't chose between them so the couple left it up to doctors to decide which child would get the transplant, based on medical reasons.

Phuoc was the one who received part of her father's liver in February, but the search continued for a donor for Binh. About 500 people offered to be a donor for her, with about 70 being screened for the process, the Hospital for Sick Children said.

An anonymous donor was eventually selected and underwent surgery several weeks ago, donating part of their liver to the child.

The specific timing of the surgery was kept under wraps to preserve the donor's privacy, but the hospital announced on Monday that both the donor and Binh were recovering well.

The donor's identity remains a mystery to the Wagner family, but they said they owed the individual a great deal of gratitude.

"He was incredibly brave to come forward and give an incredible gift – they put their life on the line for someone they never met and changed our lives forever," Michael Wagner said as tears streamed down his face.

"We're looking forward to a long life with these girls and finally to have them back home with us."

While Binh had some issues in her recovery, she is progressing well, the hospital said.

Phuoc's recovery, meanwhile, was on full display Tuesday, as the three-year-old cuddled with her parents, waved at reporters and smiled for the cameras.

"Phuoc is our rock star guest here today and she had her transplant only two months ago," said Dr. Binita Kamath, a hepatologist in the transplant and regenerative medicine centre at SickKids.

"It's not really possible to draw comparisons between the two sisters, but we are anticipating a good recovery for Binh."

Both girls are expected to live normal lives, Kamath said.

"The livers will grow with them," she explained.

"We expect them to go to school, to play, to do all the normal activities that kids do, with the proviso that they need continued medical attention and they need to take immune suppressant medications that allow their body to keep the liver that they received."

The Wagner family said they felt very lucky to have found a donor for Binh and urged Canadians to register for organ donation.

"It saves lives, it works," said Johanne Wagner. "It should be organ donation day every day. Please keep on spreading the word around you." 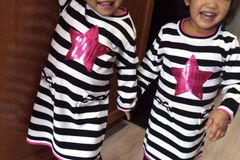 Ontario father can donate his liver to save only one twin daughter
January 23, 2015 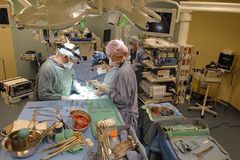 Disco dancing their way to a Sick Kids donation
February 27, 2015 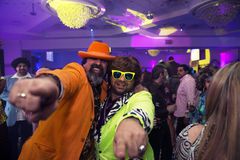