Federal labour investigators quietly reviewed the CBC for possible labour code violations in November 2014, about one month after the CBC parted ways with the radio host amid allegations of sexually harassment and misconduct in the workplace.

The review itself was short: two questions via email to the CBC about its sexual harassment policies.

An April briefing note to then-labour minister Kellie Leitch said investigators found the answers to the questions showed the CBC was in compliance with the requirements in the Canada Labour Code for employers to protect their workers from sexual harassment of any kind, including inappropriate comments, gestures or contact.

In April, the results of an external review ordered by the CBC found the broadcaster knew about misconduct allegations against Ghomeshi, but did little to stop it.

The report made nine recommendations to prevent similar problems in the future.

CBC spokesman Chuck Thompson said the broadcaster is focused on training, surveys, spot audits, and workplace investigations, among other measures, in response to the Ghomeshi report.

Ghomeshi faces five charges of sexual assault and one charge of overcoming resistance by choking. He has pleaded not guilty to all charges. Ghomeshi has said he has engaged in rough sex but that it was consensual.

The April briefing note obtained by The Canadian Press under the Access to Information Act suggests the Ghomeshi affair could have implications for the federal government. Those portions that would explain the source of federal concerns have been blacked out in the document.

The Canadian Press first asked Employment and Social Development Canada about the briefing note and investigation on Tuesday. The department has yet to respond.

The labour wing of Employment and Social Development Canada doesn't investigate individual cases of sexual harassment in the workplace, but can reach into federally-regulated businesses to make sure they are following the labour code.

Those who don't can face sanctions or even prosecution.

The Ghomeshi affair caused enough of a stir inside the department that officials wrote to Leitch that they were ready to target other broadcasters for reviews to make sure the problems at the CBC didn't exist in similar workplaces.

Officials wrote in April that they wanted to have the communications and broadcast industry conduct "proactive self-assessment" investigations to make sure they were meeting their responsibilities about preventing sexual harassment in the workplace.

Those self-assessment reviews are designed to nudge employers into following the law and help the department target those companies that show some deficiencies. 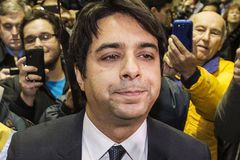 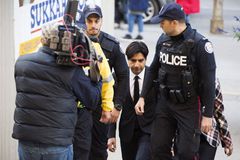 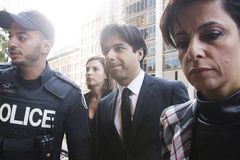