In a report released on World Suicide Prevention Day, Howard Sapers said almost half of the suicides reviewed by his Office of the Correctional Investigator took place in segregation cells supposedly under close monitoring.

Twenty-five of those prisoners hanged themselves, 14 of them while they were in solitary confinement. Only one of those 14 was being "actively managed" under suicide watch at the time, the report found.

Nineteen of the 25 prisoners who hanged themselves had previously attempted suicide; seven of them had tried to kill themselves more than twice.

Some had expressed a desire to kill themselves but were regarded by corrections staff as being "manipulative," the report found.

"I am concerned that Correctional Service of Canada continues to rely on long-term segregation placements as a means to manage symptoms or behaviours associated with mental illness, suicidal ideation or self-harming," Sapers said in a statement accompanying the report.

"This practice is unsafe and should be expressly prohibited."

"Our Conservative government believes that convicted criminals belong behind bars and that a prison is not always the most appropriate place to treat those with severe mental illness," he said in an e-mail.

That's why, he added, the government announced a mental health action plan for federal offenders, something Tamming said should "ensure that the correctional system can effectively correct criminal behaviour."

There was no specific mention made of any of the report's harshest criticisms, including its observation that several prisoners were able to kill themselves in high-surveillance areas of various federal prisons.

The report found that there are still "dangerous in-cell suspension points accessible to inmates, including in segregation units" despite a 2010 directive instructing prisons to remove things like shelving, electrical outlets and air vents that can used in a hanging.

One inmate took his life by hanging himself from the corner of a smoke detector – just one of a "multitude" of suspension points in his cell, according to investigators.

"It is difficult to comprehend why some of these cells are still in use for segregated inmates, especially in some of the older institutions," the report said.

"The CSC must account for why it continues to accept such a high degree of organizational risk, one that gives potentially suicidal inmates placed in segregation access to the means [and opportunity] to take their life."

"It is rare for CSC investigators to go the extra step to identify how the death might have been averted had staff acted or decided in a different manner," it continued.

"Lessons learned and corrective measures from even a single suicide should have a lasting impact on the organization."

Wayne Easter, the Liberal critic for public safety, said Sapers' annual admonishments to the government about the state of prisons — often involving the same trouble areas every year — prove the Conservatives pay short shrift to his reports.

"Ensuring the cells are suicide-proof, that's a relatively small thing," Easter said. "If that hasn't been rectified in three years, then it shows that Canada's correction investigator is not being taken seriously by the minister or the commissioner. These are reports that should not, must not, be gathering dust."

"These are basically the same issues that the government has been told about since 2008, with no action from the government," he said.

"But in a climate of a rising prison population and fewer resources, it's very difficult for corrections to do even the urgent things that the correctional investigator has been recommending." 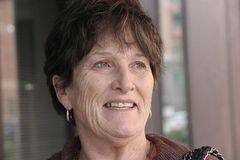 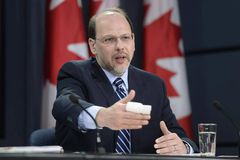 Neglect, confusion led up to inmate's prison suicide, report reveals
July 10, 2014
Solitary confinement for federal inmates often exceeds UN recommendations
July 11, 2014
Report an error
Due to technical reasons, we have temporarily removed commenting from our articles. We hope to have this fixed soon. Thank you for your patience. If you are looking to give feedback on our new site, please send it along to feedback@globeandmail.com. If you want to write a letter to the editor, please forward to letters@globeandmail.com.
Comments