And on Tuesday, representatives of the provinces and territories will gather in Quebec City and try to stitch together the patchwork of climate-change policies in place across the country into some semblance of a unified plan.

This week could mark a turning point in Canada's struggle to shed its international image as a climate-change laggard, but could also lay bare the fault lines running through the country's attempts to deal with what many would argue is the defining environmental struggle of the century.

While Ontario will join Quebec in implementing cap and trade, British Columbia has instead opted for a simpler carbon tax. Saskatchewan, meanwhile, is looking to new green technologies. Alberta, for its part, is still expanding its emissions and has put off any discussion of climate action until after its current provincial election. The federal government has so far taken a largely hands-off approach, leaving the provinces to bridge these divides on their own.

In a letter released Sunday, federal Environment Minister Leona Aglukkaq said Ontario and other provinces have failed to provide detailed climate plans that Ottawa says it needs to submit Canada's emission-reduction commitment to the United Nations.

A spokesman for Ontario Environment Minister Glen Murray fired back that it should be up to Ottawa to do more of this work itself: "It is unacceptable for the federal government to refuse to act on climate change and simply provide a tally of provincial initiatives as 'Canada's' contribution to fighting climate change."

A spokesman for Ms. Aglukkaq said Ottawa is taking a co-ordinating approach with the provinces but will be pursuing additional regulatory action of its own. He accused federal Liberals and New Democrats of advocating "top down" policies that would interfere with  provincial jurisdiction.

Ms. Wynne and Mr. Murray are scheduled to unveil Ontario's plans at 8 a.m. at the Toronto offices of green tech company Ecobee. They will then jet to Quebec City to sign a ceremonial deal with Premier Philippe Couillard, signalling Ontario's plan to link its future carbon market with Quebec's. Representatives of other provinces will join them for a summit Tuesday.

Under cap and trade, the government caps the total amount of emissions and issues permits to companies specifying how much carbon each can burn. Companies that want to burn more must buy permits from companies that have burned less than their allotment.

"I hope this is the tipping point," said Keith Brooks of Environmental Defence. "As Ontario moves forward, they could pull others into it because it's going to be quite a large system now. And you can show that it works, that it reduces emissions and that it doesn't kill the economy."

Ms. Wynne and Mr. Couillard are also hoping to broker a broader deal among the provinces to co-ordinate emissions targets and ensure that no one part of the country shoulders an unfairly large burden in cutting greenhouse gases. Such a plan would mean the provinces individually pursue a variety of approaches, but with similar goals.

Saskatchewan, for instance, is looking to carbon capture and regulations on large emitters as alternatives to carbon pricing. The province has one carbon-capture unit at its Boundary Dam generating station, where it captures carbon dioxide from the exhaust, and injects the greenhouse gas underground to stimulate production in nearby oil fields.

Premier Brad Wall said the technology will be extended to other coal-fired plants over time. He said carbon pricing and cap and trade may be useful tools, but he is more interested in the development of new technology for coal-fired power, as both China and India expand their use of coal to generate much-needed electricity. "That's what I want to talk about in Quebec," he said in an interview.

The single largest hurdle to greater co-operation, however, is oil-rich Alberta, whose climate policies are up in the air as Progressive Conservative Leader Jim Prentice campaigns to get his party re-elected. He is sending senior bureaucrats to the Quebec summit in his stead. Alberta's current plan is to jack up greenhouse gas emissions by 10 per cent between 2005 and 2020, an increase environmental groups say would cancel out Ontario's planned emissions cuts.

"We believe it is important for provinces to work together to reduce carbon emissions in a way that respects both the environment and the economy. Unfortunately, with an election campaign under way in the province, Premier Prentice and his ministers are unable to attend the conference," Mr. Prentice's spokeswoman, Janice Schroeder, wrote in an e-mail.

Whatever happens nationally, however, Ontario at least has Quebec's experience with cap and trade to look to as a model for getting the nation's most populous province onto the carbon-pricing express.

A new report by Clean Energy Canada examined Quebec's experience in detail, and points to ways forward. One recommendation is for government to set a floor price for carbon credits, as Quebec has done, to ensure they always have value. Another is to be as transparent as possible in how it allocates credits to industry so that everyone knows it is making the correct decisions.

"The world is starting to realize something needs to be done, and this is the next step," Sarah Petrevan, senior policy adviser at Clean Energy Canada. "Ontario is joining a growing group of world leaders."

Opinion
What the California drought means for Canadians
April 7, 2015 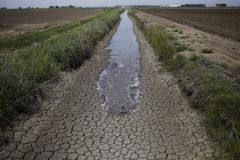 Over 100 billion tonnes of carbon may be released from thawing permafrost: report
April 8, 2015 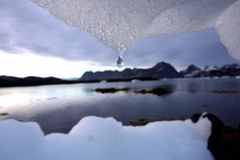 Follow Shawn McCarthy and Adrian Morrow on Twitter @smccarthy55 @adrianmorrow
Report an error Editorial code of conduct
Due to technical reasons, we have temporarily removed commenting from our articles. We hope to have this fixed soon. Thank you for your patience. If you are looking to give feedback on our new site, please send it along to feedback@globeandmail.com. If you want to write a letter to the editor, please forward to letters@globeandmail.com.
Comments