There have been 237 confirmed drowning deaths so far this year across Canada, according to Barbara Byers, a spokeswoman for the Lifesaving Society. That's 20 more than at the same time last year, although Ms. Byers warns that the real number - drownings in remote places often take weeks or months to be reported - is probably one-third higher. To find out what lies behind the spike in drowning deaths, The Globe and Mail caught up with John Watt, a former lifeguard, who - with his partner, former Olympian Elaine Tanner - is spearheading a campaign to raise public awareness of water-safety issues.

What explains, in your judgment, the rising incidence of drowning fatalities?

It's not just one thing. The good summer weather has been a factor. Another is the fact that the public beaches are more crowded than ever and that many newer Canadians have less familiarity with water and undertows. But the single greatest factor, at least in Ontario [where there have been 79 drownings since January] is the lack of lifeguards.

[Former Ontario premier]Mike Harris started to phase out lifeguards at Wasaga Beach and other provincial park beaches for economic reasons in the 1990s and successor governments have followed the practice. So now, on any given weekend, you can have 100,000 people at Wasaga Beach - the largest freshwater beach in the world, 14 kilometres long - and not a single lifeguard. And the fact is that where there are lifeguards on duty, you have a less than 1 per cent chance of death by drowning. The lifeguard chairs at Wasaga were seven metres high, and paid for by public dollars. They were cut down and burnt. ... The remarkable training program that the late Buzz Owen created and taught has been completely dismantled.

There are some patrols at Wasaga, Sandbanks and other provincial parks, are there not?

The parks department has a few people on patrol, but there are no rescue boats and they're in full dress, not in Speedos. They're there mainly to monitor bylaw infractions and they're fast when it comes to beer cans or dogs, but not when it's pulling someone out of the water. Then, time is of the essence. To survey the beach and the water properly, you have to be up high.

When I worked at Wasaga, we had 20 professionally trained lifeguards, two more in boats with two-way radios and three working as rovers. We could react and did react in seconds. ...

I know of a recent near-drowning at Sandbanks where it took half an hour to get a boat in the water, the 911 operator had no idea where the beach was, and the ambulance took 50 minutes to arrive. And let me note that in cities and towns with good and popular beaches, like [city-owned]Grand Bend [Ont.] they've actually been adding more lifeguards.

Is Wasaga more dangerous than it looks?

It's very deceptive. You have the long sandbar, so you think you can venture out forever. But there's an offshore breeze, so a guy on an air mattress can suddenly find himself far out in the bay and unable to fight the current. Then he panics and falls off and thinks the sandbars are still touchable, but they aren't. There's a huge drop-off. We used to bring in people in those situations every day.

How and when did you acquire your interest in this subject?

I nearly drowned as a kid a couple of times. Only the fact that my mom had paid for swimming lessons with the Toronto Board of Education saved me. So I became passionate about water safety and became a lifeguard and then a head lifeguard and then I trained lifeguards. I was the first one to use a rescue board in Canada.

What about backyard pools? Seven of the 55 deaths recorded since May have occurred on private property. And Quebec has just passed legislation requiring owners of new pools to erect 1.2-metre fences and gates with automatic locks.

Swimming-pool associations and other provincial governments need to review and revamp safety policies and demand better precautionary measures. Proper gating is one issue, but we might also look at electronic systems that send out warnings when someone hits the water.

There have been drownings and numerous close calls this year in hotel pools as well.

That's another area of concern. It's time to introduce in Ontario and maybe across the country a law insisting that qualified lifeguards be present at hotels and commercial pools.

But isn't the issue greater than simply the decline of lifeguarding?

Absolutely. It seems our values in society have changed over the decades. Sadly, in today's reality, money trumps life. The budget cutbacks have affected not just lifeguards, but low-cost swimming programs. They used to be everywhere. A lot of new immigrants, single parents don't have the time or resources to afford what remains. Many public pools have closed. And at the same time as we've cut back on facilities and infrastructure, we've had a massive increase in population.

Why have you embarked on this campaign?

I have no dog in the fight. There's no personal financial gain, no paycheque and no political parties involved. I'm just trying to save lives.

So if you were running the show, what would you do?

Well, I'd bring back the lifeguards. They're charging $16 or $18 entrance fees to these parks. Allocate a dollar of that for lifeguards. You can staff and equip one park for $150,000 a year. Or raise the fees by a dollar. The public would willingly spend that for the peace of mind. The public's attitude to drowning is it's not going to happen to them, so a lot of people take unnecessary risks. The reality is that, regardless of how strong a swimmer you are, a lifeguard or even an Olympian, we all can drown and quickly. 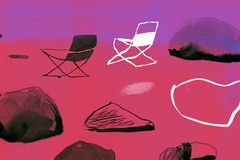 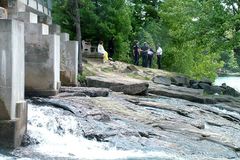