The idea for Elham Seyed Javad's sports hijab was born during the acrimony of Quebec's reasonable accommodation debate. Now, it could become the debate's global contribution to soccer.

Last month, Ms. Seyed Javad was flown to Zurich, picked up by limousine and driven to a meeting with a soccer executive who happens to be a prince – all part of her bid to be the designer of the first Muslim head scarf sanctioned by FIFA, soccer's world governing body.

The Montrealer's prototype has already picked up praise, raising the possibility the Canadian-made creation could ease the way for Muslim women to participate in the world's most popular sport.

"As a designer I have the power to bring something to the field," the 28-year-old said. "I want to empower women by helping them practise the sport they love."

The road to Zurich began in Montreal in 2007, in the storm over accommodating religious minorities in Quebec. Five young Muslim girls had just been barred from a taekwondo tournament because officials said their hijabs were unsafe; an 11-year-old girl from Ottawa was told the same before being expelled from a soccer match.

Ms. Seyed Javad, then an industrial design student at the University of Montreal, figured there had to be a solution. She drew up a sleek design for a tight-fitting head scarf, and her first sporty hijab, ResportOn, went into production. Athletes from France to Japan snapped them up, as well as federal police in Australia eager to test them on a Muslim recruit.

The hijab may be an object of controversy in some quarters; to Ms. Seyed Javad, wearing one is about personal choice. Ms. Seyed Javad, who grew up playing soccer with her brothers in Tehran, chooses not to wear a head scarf. Her mother does.

"My goal is to see all athletes have the same rights," she said. "We're all human beings, whatever culture we're from."

Then she saw an opportunity this year that had the potential to change the rules for women on a world scale. Prince Ali bin al-Hussein of Jordan, elected a vice-president at FIFA last year, began spearheading a campaign to reverse the organization's 2007 ban on the head scarf, which it considers a safety concern during games. When she heard about it, Ms. Seyed Javad contacted the Jordanian royal.

Soccer's international rules board voted in March to support the reversal and test head scarf designs, and soon after Ms. Seyed Javad was invited to present her version at FIFA headquarters in Zurich.

After a week of sleepless nights, she made her presentation on April 20 to the Prince, along with FIFA medical committee chairman Michel D'Hooghe and chief medical officer Jiri Dvorak.

FIFA is seeking a head scarf that opens easily if it's pulled, to prevent choking. A design presented to FIFA by a Dutch company uses Velcro to fasten the hijab; Ms. Seyed Javad's design, the ResportOn Pro Release, uses lightweight magnets.

The prototype is getting princely praise.

"Ms. Javad's design was innovative and creative," the Prince said in an e-mail. "She certainly brought a new design that should be seriously considered, especially given its quick release feature as well as the breathable material she presented."

The design needs to meet the approval of FIFA's medical committee before a final decision, due by July 2.

The campaign to bring the hijab to the soccer field takes place at the intersection of sports, faith and politics. For the Jordanian Prince, the youngest member of FIFA's ruling executive committee, it fits into a broader bid to bring change to FIFA and expand youth and women's soccer. If approved, the change would impact the lives of thousands of Muslim women, from elite national players to girls in community leagues in Canada and elsewhere.

"It is crucial to recognize that this is a sport for all and we all have a responsibility to ensure that women are allowed to participate across the board in the most popular game in the world," the Prince wrote to The Globe and Mail.

If Ms. Seyed Javad's work bears fruit, it would also bring her efforts full circle. An initiative that sprang from conflict in her own backyard took her abroad, and now has the potential to bring change right back where it started. A spokesman for the Quebec Soccer Federation said it is waiting for a ruling from FIFA before permitting hijabs on soccer fields in the province. Until then, the head scarf remains officially forbidden.

Ms. Seyed Javad says her efforts aren't about politics. When the five taekwondo athletes were left out of competition in 2007, she recalls feeling "sadness." Now she hopes she can create change in women's lives. "I just want to use my abilities to made a difference," she said. "I feel that anything is possible." 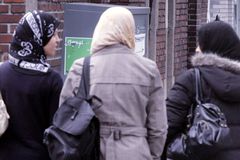 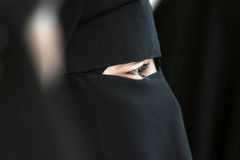 Opinion
Minister Kenney, can I become a citizen in these shoes?
December 16, 2011 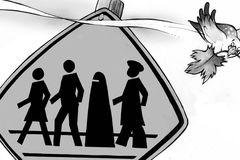 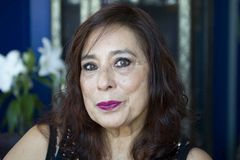 FIFA to discuss Quebec hijab case
February 28, 2007
Follow Ingrid Peritz on Twitter @iperitz
Report an error Editorial code of conduct
Due to technical reasons, we have temporarily removed commenting from our articles. We hope to have this fixed soon. Thank you for your patience. If you are looking to give feedback on our new site, please send it along to feedback@globeandmail.com. If you want to write a letter to the editor, please forward to letters@globeandmail.com.
Comments