It has stood for 105 years as a measure of Thunder Bay's history, a three-storey building with a restaurant that has fed generations of locals, many of them of Finnish descent. Others too, passing through or staying on the north shore of Lake Superior, have found comfort at the hallowed Hoito.

But now that building, once home to political activists, and its restaurant, the Hoito, are on the brink of financial ruin. With a debt load of more than $700,000, those working to keep the Hoito going are facing a hard fight. They understand what they're up against and they know what could be lost.

"It's filled with history," said Kelly Saxberg, a member of the city's Finlandia Association which oversees what was once the Finnish Labour Temple and is now a national historic site. "It's a living museum."

If you mention Thunder Bay to Canadians who live elsewhere, it won't take long for them to mention the Hoito. The restaurant draws them all – workers, locals, tourists, even celebrities. Comedian Rick Mercer tried his hands at pancake making. Hockey legend Gordie Howe and his wife Colleen ate there. In 2009, Jordan Staal, then with the Pittsburgh Penguins, ate there and brought the Stanley Cup with him.

Unfortunately for the Finlandia Association, there are not enough pancakes being sold to keep the creditors away. The previous association directors took some calculated risks and lost. The biggest mistake was opening a more upscale eatery a floor above the Hoito. That restaurant bombed. Then, during the past winter, the Hoito's pipes froze and began leaking water while heating and operating costs went up.

Ms. Saxberg is a filmmaker who was voted in last summer as treasurer of the Finlandia board. She explained that both the federal and provincial governments contributed financially. Unfortunately, a $2-million renovation budget was only enough to put on a new roof, install a new heating system and a new sprinkling system, and make the Hoito wheelchair accessible for its customers.

"We just don't have many more places to go [for donations and sponsors]," Ms. Saxberg said. "We're paying over $60,000 a year to service loans.… We're making it, but just by the skin of our teeth."

The Hoito, which means "care" in English, is a touchstone for the Finnish community. Men left their homeland to take a boat across the Atlantic Ocean before travelling halfway across Canada only to stop in Thunder Bay – then Port Arthur/Fort William – to find work in the many bush camps.

Every other weekend, the workers came into town for a bowl of mojakka (beef stew with turnips) or maybe some lohiperunalaatikko (a potato and salmon dish).

"The Hoito mimicked the bush camps by serving its food on large platters at communal tables," author Charles Wilkins wrote in his 1997 book Breakfast at the Hoito. "All you could eat for 25 cents in the '30s, a dollar during the '60s."

The Hoito building also served as a focal point for labour meetings and political discussion. It was where Finnish-Canadian socialists printed their newspaper Tyokansa (the worker). At one point, Finnish socialists occupied the large Finn hall at 314 Bay St., while the Communist party used the smaller Finn hall next door. It made for a hotbed of political debate, while its restaurant became best known for flipping pancakes the size of hubcaps.

While many of Thunder Bay's 20,000 Finns make regular trips to the Hoito, others are being encouraged to step up to the plate. Ron Harpelle, a Lakehead University history professor and the Hoito's new president, wants to tap into the city's cultural diversity. "It's not just for Finns" is the marketing approach Prof. Harpelle believes can revitalize the building and save the Hoito.

"The Finns have looked after it for 105 years," he said. "It's time to make this a cultural centre for everyone."

Already, a Save-the-Finlandia website has been seeking donations from around the cyber world. The Cambrian Players theatre troupe has agreed to practising and performing in the building's second-floor hall, which comes with a stage. The Players will do several shows over the course of the year.

If in the end nothing can rescue the Hoito, it will come as a personal loss to Alex Shuster. He was born in Russia but came to Canada to escape post-Second World War Germany. The former coal miner was granted refugee status by the Canadian government and placed in Thunder Bay. Hired as a bush worker, Mr. Shuster would head to the Hoito every weekend he could.

At 92, he has been a Hoito regular for more than half a century.

"People used to come here, feel at home," Mr. Shuster said. "It was always good food, good service. I made lots of friends here. Now? It is sad, very sad." 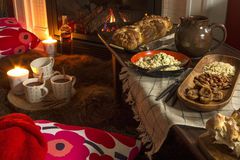 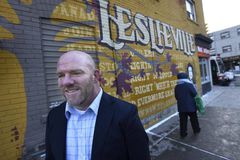