The first study of Zika-infected patients in Canada has found a higher-than-expected rate of serious complications caused by the virus, including two cases of partial paralysis and two in which mothers transmitted Zika-related defects to their unborn babies.

Researchers are cautioning against alarm over the study's findings, saying the sample size is small and the results could be skewed because the surveillance effort only included patients sick enough to be referred to hospital-based clinics that specialize in tropical diseases.

But the conclusions are "curious," according to one of the authors, and they underscore the need for Canada to track more closely what happens to patients sickened by a virus that has spread to more than 70 countries, causing widespread alarm because of its link to brain defects in newborns.

Explainer: What you need to know about the Zika virus and its hardy and resourceful carrier

"We feel very strongly that we need maternal surveillance [in Canada,]" said Jennifer Blake, the chief executive officer of the Society of Obstetricians and Gynaecologists of Canada. "This is such a new virus to us. We don't know enough about how it behaves in pregnancy."

Dr. Blake was not involved in the new study, which was published Monday in the Canadian Medical Association Journal (CMAJ.)

Right now, the Public Health Agency of Canada (PHAC) is only tracking and making public the number of Zika cases it has confirmed at the National Microbiology Lab in Winnipeg, which handles all confirmatory testing for the virus across the country.

What happened to the rest of the mothers and their unborn children is unknown. Not all provinces are reporting Zika-related outcomes to PHAC, according to Theresa Tam, the interim chief public health officer.

In the four cases for which PHAC has published some information about fetal outcomes, PHAC will not even say if the babies are alive, citing privacy concerns.

In the United States, by contrast, the Centers for Disease Control and Prevention are keeping a detailed registry of Zika-infected mothers-to-be and tracking the health of their children, some of whom were born with microcephaly, the abnormally small heads that have become the hallmark of the Zika epidemic that exploded in Brazil in 2015.

Dr. Tam said that Canada has so far chosen to rely on the Zika research emanating from countries where the mosquito-borne virus is endemic, rather than doing much research of its own.

The mosquito that carries the Zika virus does not regularly circulate in Canada because of the cold climate.

"As this disease emerged and escalated in the Americas, we considered what else we needed to collect information on," Dr. Tam said. "We did get some very good data from the United States and others internationally about pregnancy outcomes. So we didn't think that the small numbers in Canada [were] necessarily going to add to that body of international evidence."

In part because of that approach, the new CMAJ paper is the first to shed light on how Zika has affected Canadian travellers.

The study looked at returned travellers sick enough to be referred to one of seven hospital-based travel medicine clinics across the country between October of 2015 and September of 2016.

Of 1,118 ill travellers who had recently visited parts of the Americas where Zika has circulated, 41 had Zika infection.

Of those, three were pregnant and two passed on congenital anomalies to their fetuses. The study does not say what happened to those pregnancies.

Two patients in the study had symptoms resembling Guillain-Barré syndrome, a rare sickness of the nervous system that can cause muscle weakness and partial paralysis that is usually temporary. One of the patients with GBS also had Zika viral meningitis.

Several countries with recent Zika outbreaks have reported an uptick in GBS cases, so the authors of the new study were not shocked to see such neurological complications turn up in their surveillance.

Still, the study found that such neurological issues were more common with Zika patients than with patients infected with dengue and chikungunya, two other mosquito-borne infections that can cause fever, muscle soreness, rashes and, in rare cases, neurological illnesses like GBS.

Forty-one of the 1,118 ill returned travellers in the study had dengue, but none of the dengue patients suffered serious complications.

"We don't want to generalize here to suggest that Zika virus in the general population is going to be more severe," said Andrea Boggild, medical director of the Tropical Disease Unit at Toronto General Hospital and one of the co-authors of the study. "Certainly, we were a little surprised that 10 per cent of the travellers with Zika in this study had a complicated course of illness when none of our dengue patients had similar complications."

Jennifer, a 35-year-old Toronto woman who contracted Zika while travelling in Nicaragua last August, was more than a little surprised to discover how serious Zika can be, even for women who are not planning to conceive.

Jennifer, who asked that her real name not be used for privacy reasons, developed a fiery red rash near the end of her tour of the Central American country.

By the time Jennifer returned home the infection had progressed, causing pins and needles in her thighs and muscle weakness that, for a time, left her unable to sit up in a wheelchair. She spent a week in the hospital and months recovering the strength to walk normally again.

"I want people to know that it [Zika] can trigger GBS and GBS can be extremely disruptive to your everyday life," she said.

Despite the dearth of Canadian Zika studies so far, a major one is about to begin April 1.

Researchers from PHAC and the Hospital for Sick Children in Toronto, using data gathered by the Canadian Paediatric Surveillance Program, are about to start tracking the health outcomes of babies with birth defects born to Zika-infected mothers. 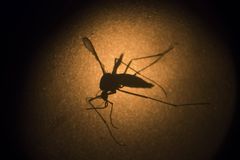 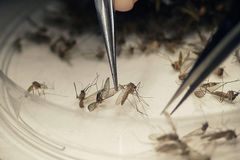