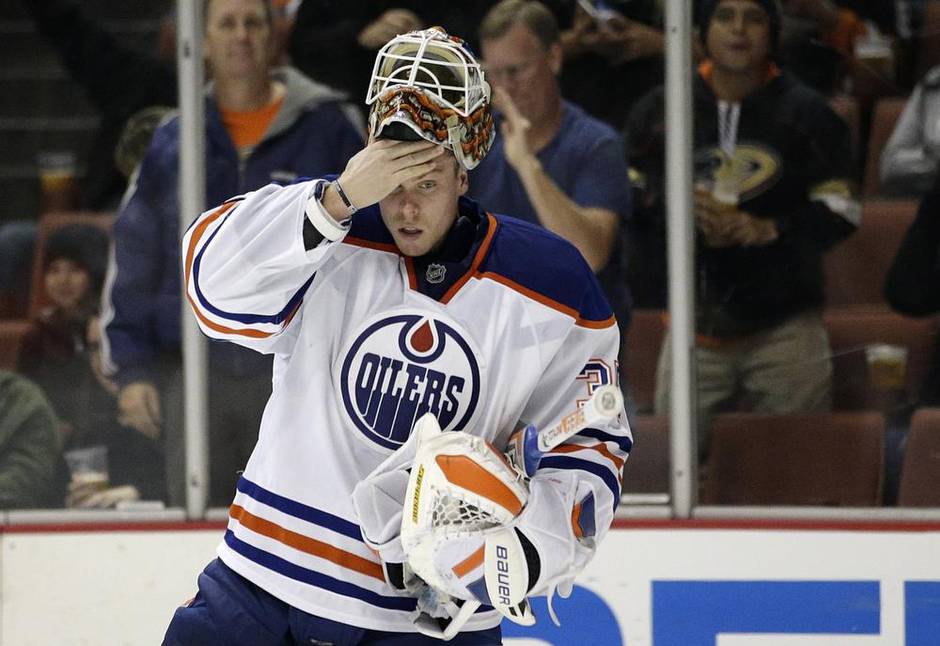 1. Oilers among the NHL’s worst

Edmonton Oilers tickets that cost $62 at the gate could be bought at online ticket exchange StubHub for $7 in early December. Despite the steeply discounted price, nearly one-third of the seats in Rexall Place were empty on Dec. 1. The team’s losing streak entered the double-digits that night after it lost 5-2 to the underwhelming Arizona Coyotes.

In a city where drivers can cruise on Wayne Gretzky Drive and Mark Messier Trail, Edmonton’s Stanley Cup winning days seem far in the past. One Twitter account tracks the Oilers playoff drought – nearly eight years, six months – while another asks the simple question: Did the Oilers win? A long list of “No” follows, with only a few “Yes.”

With the team now tied for the bottom of the NHL standings, locals have their fingers crossed the Oilers will get either top prospect Connor McDavid or Jack Eichel in the 2015 draft. 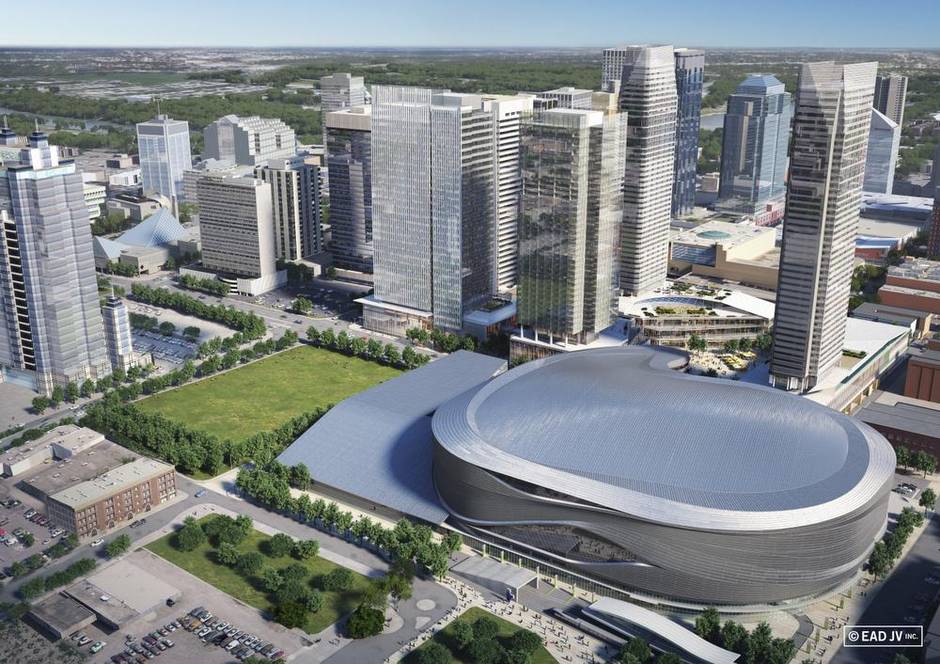 Daryl Katz is leading the remaking of Edmonton’s wind-swept downtown as it tries to shake a reputation for underwhelming visitors. The city’s first local-born billionaire, Mr. Katz turned a small mail-order drug store operation into a pharmacy empire. He is now selling a new Oilers arena as the key to rebuilding.

In a dilapidated corner of downtown, Mr. Katz secured public funding to pay for most of the $480-million Rogers Place arena. The area around the stadium has been branded the Edmonton Arena District, with $2-billion in new construction already committed, including a Delta Hotel and a neighboring tower that will be Edmonton’s tallest.

The district’s fortunes could change quickly. Edmonton is in a boom-and-bust province where oil prices are plunging. Former Oilers owner Peter Pocklington’s net worth peaked at over $1.4-billion in the early 1980s, years later he auctioned his Stanley Cup rings and declared bankruptcy. 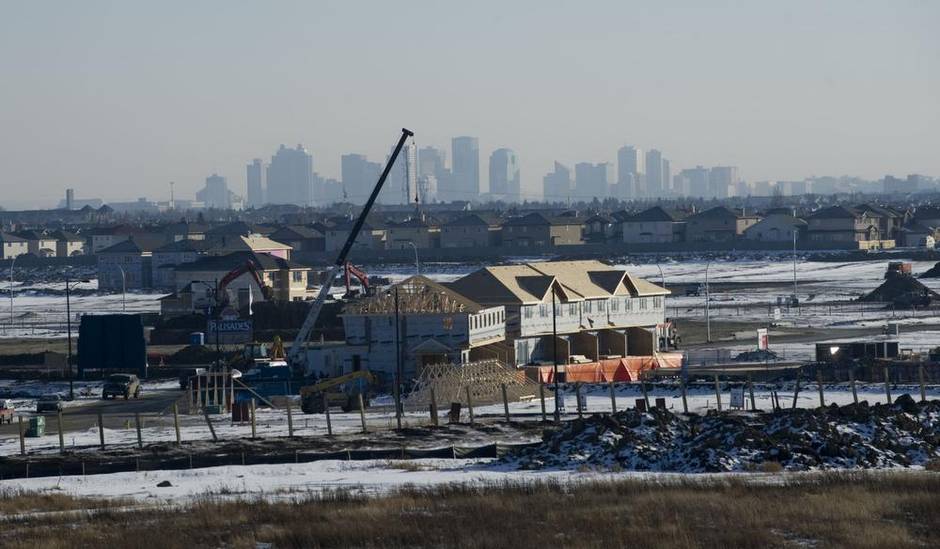 Ian Jackson for The Globe and Mail

3. With a burgeoning population, sprawl

Despite municipal rules that require developers to add more density and build higher, Edmonton is casting an eye towards annexing surrounding counties as the regional population has doubled to over 1.1-million over the past quarter-century.

City planners expect the population to double again over the next 50-years. With new sprawl expected, negotiators are finishing proposals to annex 161 square kilometres to the south. According to Mayor Don Iveson, the Vancouver-sized area will only allow for 30-years of growth, despite rules that triple density requirements. 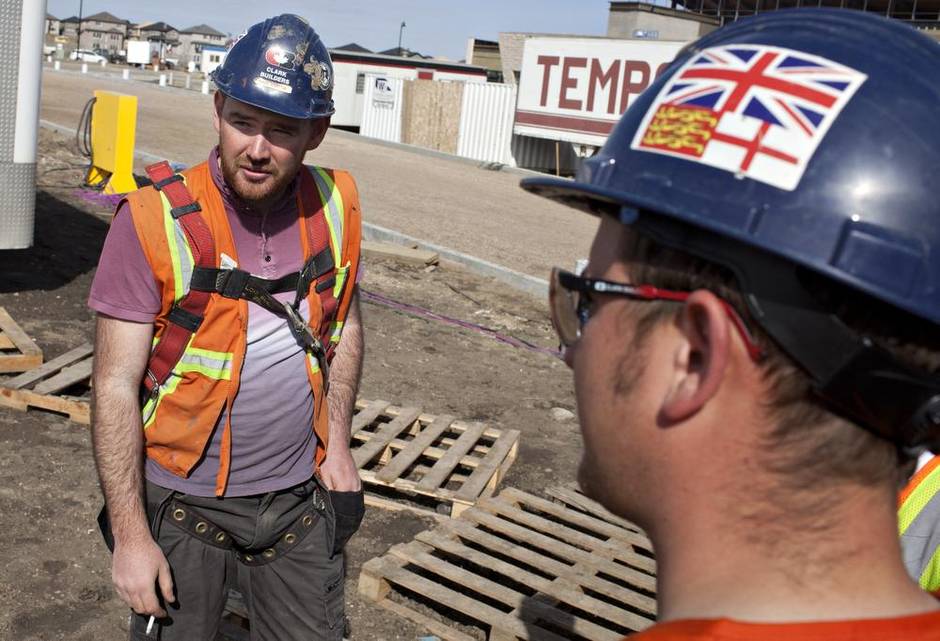 Jason Franson for The Globe and Mail

4. With growth, a Canadian mosaic

In recent weeks officials in Premier Jim Prentice’s cabinet have argued that provincial caps on economic immigrants needs to be relaxed or removed completely for Alberta because of the province’s demand for new workers. Despite the predictions of shortages and promise of high-paying work in Edmonton, new arrivals to Canada have continued to favour the country’s largest metropolitan areas of Toronto, Montreal and Vancouver on a per capita basis.

Between 1986 and 2011 the percentage of immigrants looking to settle in Edmonton actually dropped, for 4.8 per cent of all new immigrants to just over 4 per cent. According to Edmonton’s 2014 municipal census, only eight per cent of new residents were arrivals from outside Canada. Despite experiencing the fastest population growth in North America most new residents to Edmonton were from elsewhere in the country. 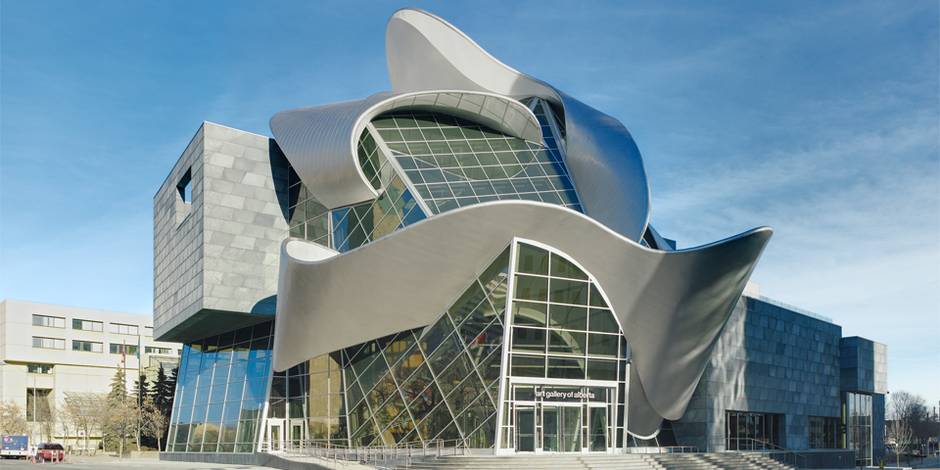 Images of the oil sands and gushing derricks may dominate when many think of Edmonton’s economy, but the young city of blue-collar workers now has 80,000 students registered in postsecondary institutions, half at the sprawling University of Alberta.

While the UofA has sought to burnish its international credentials, MacEwan University has transformed itself from a community college into a bachelor’s university with an iconic downtown campus. The Northern Alberta Institute of Technology has also expanded quickly, opening new buildings and laboratories annually over the past decade.

Edmonton’s downtown is also undergoing a cultural renewal, led by the 2010 opening of the new Art Gallery of Alberta, a structure with winding steel and zinc ribbons designed by one of Frank Gehry’s protégés. Nearby, a new home for the Royal Alberta Museum should be finished by 2016.