Five things you may have missed in the Ontario budget

In a 346-page economic blueprint, there is room for a little of everything – including studs, stogies and snow plows. Here are five of the more esoteric policies contained in the 2016 Ontario Budget.

If you're 64 and thinking about getting vaccinated against shingles, wait. The government says it's planning to offer the vaccine free to Ontarians between the ages of 65 and 70. That should save eligible seniors the roughly $170 that everyone else has to pay out of pocket. The age cutoff isn't totally arbitrary: Government staff point out that seniors are particularly likely to catch shingles, a painful variant of chicken pox. And the shingles vaccine tends to start losing effectiveness in recipients over the age of 70, according to the National Advisory Committee on Immunization.

The Track My Plow program launched this winter in mostly rural areas. It has nothing to do with lost farm equipment. Rather, it's a website that uses GPS and little blue icons on a map to show where snow plows are trundling, and roadside camera footage to show where provincial highways are navigable. Next winter, the catchment area of the website will expand from seven "areas" (like Chatham and Huntsville) to 20, though the budget doesn't say which ones – or how much the expansion will cost.

Do you want calories with that?

They might have called it the Cheeseburger Transparency Proviso. Starting in January, 2017, restaurant chains with 20 or more outlets will have to start posting calorie counts on their menus – a law that's already on the books. In this budget, the government is proposing an amendment that would require nutritional information to be printed "close" to the food or drink listings. The fear, apparently, was that the outlets would bury the vast caloric load of their milkshakes in the fine print. Health ministry staff said that the amendment would also require menus to feature "contextual statements" about what constitutes a healthy number of calories for an average Ontarian, for example.

In an effort to wean smokers off the habit, the government is hiking cigarette taxes by $3 a carton, effective immediately. Lovers of chaw, dip and snuff are out of luck – the tax spike extends to them, too, amounting to an increase of 1.5 cents per gram of tobacco. Only cigars are spared – not as part of the diplomatic thaw with Cuba, but because they're taxed based on wholesale price, not tobacco content, due to their large variation in quality and cost. And it's not as though stogies are getting off scot-free – they're currently taxed at 56.6 per cent.

Betting on the track

The government is extending its horse-racing funding by an extra two years, to the tune of $100-million a year. The program now stretches to 2021 – a distant horizon that staff justified by pointing to the need for financial certainty among horse farms, where breeding decisions are made long in advance. The cash is designed to prop up Ontario's rural economy and agricultural sector – which is why the government also pledged a "future, longer-term funding arrangement," for the industry. 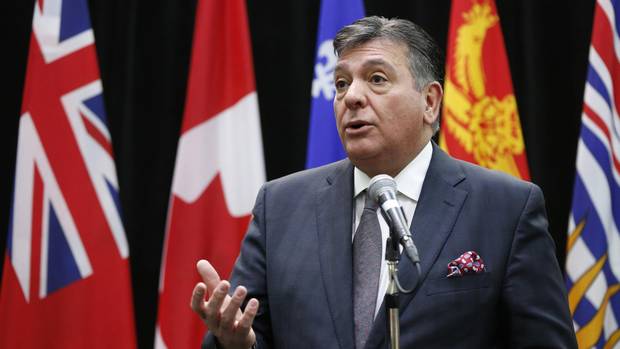 Ontario aims to drive deficit down to $4.3-billion, with some help

The plan hinges on economic circumstances beyond the province’s control, extra financial help from Prime Minister Justin Trudeau’s new federal government and a one-time cash injection from privatizing Hydro One.