Alberta's health-care inquiry has heard testimony that paperwork was fudged and that Calgary Flames players and their families were directed to lie to cover up the team receiving fast-tracked pandemic flu shots at a private clinic in 2009.

Calgary health nurse Debbie Hyman says while 150 of the Flames and their loved ones were getting the H1N1 shots in private at the office of team doctor Jim Thorne, hundreds of ordinary Calgarians were cussing, yelling, fainting, and fighting while standing in line for hours for the same shot at public clinics.

Ms. Hyman was one of two nurses who testified about the NHL team getting the shots in late October, 2009, to combat the deadly virus.

Nurse Michelle Bosch testified that Mr. Thorne, whom she knows through her husband, called her on the second day after the vaccinations were released to see what could be done for the Flames. She suggested a private clinic.

Both nurses testified that having the Flames come down to a public clinic would have resulted in a calamitous "sideshow," with people in line calling in the celebrity sighting to their friends and bringing a stampede of fans to their Brentwood facility.

Ms. Hyman said she left a voice message with her direct supervisor asking for a call back if a private vaccination for the team was not allowed. Three days later, after hearing nothing back from her boss, Ms. Hyman and Ms. Bosch took 200 doses over to Mr. Thorne's clinic and administered the vaccine.

Ms. Hyman said while the shots were being distributed, Mr. Thorne was coaching patients on what to say.

"He was the one that was telling people, 'If you are asked, just say that you received your vaccine at Brentwood,' " Ms. Hyman told the inquiry.

"I was really confused," she added.

"My response to him at that time was, 'Why are you telling people to do that because we have received approval to be here and to do this.'

"He didn't have a response."

In testimony to the inquiry last week, Mr. Thorne said he initially contacted Ms. Bosch out of concern for security if the Flames were to show up at a public clinic.

He testified that when Alberta Health Services told him the private session was okay, he went ahead with it. He was not asked whether he coached the Flames and their families to lie.

Ms. Hyman and Ms. Bosch also testified that the paperwork filled out on the Flames vaccination indicated the shots were given out at Brentwood rather than at Mr. Thorne's office.

They said that was for administrative purposes to make it easier to track a patient's history if he or she had an adverse reaction to the vaccine.

Mr. Thorne has testified that he, too, thought, that putting Brentwood on the forms was just clerical minutiae.

However, health vice-president Lori Anderson, who investigated the incident, told the inquiry she didn't believe it.

"It wasn't to trace for adverse reactions," testified Ms. Anderson. "They didn't want it known that they held a private clinic for the Flames."

Ms. Anderson said having the Flames at a public clinic would not have caused turmoil, but would rather have been a shot in the arm for everyone.

"The Flames are great ambassadors. I thought it would actually be good for morale in the lineups to see the Flames lining up like everyone else," she said.

Ms. Anderson said it was made clear to everyone in the system that the vaccine was only to be distributed at four locations. She said other groups, including seniors, were denied getting shots at a private location.

While Mr. Thorne had initially asked about getting just the team vaccinated, the inquiry heard conflicting versions of how families were pulled into the plan.

Ms. Bosch said she suggested only the 50 or so players and team officials get vaccinated, but that Ms. Hyman came back and said they had 200 doses ready for whoever wanted them.

But Ms. Hyman said it was Ms. Bosch who told her to bring 200 doses to Mr. Thorne's clinic even though Ms. Hyman expected just 50 people to be vaccinated.

She said she was surprised when she saw all the families show up, but vaccinated them anyway because at that point there was no rule on who got priority.

That changed the next day, when a vaccine shortage forced all the clinics to close. They reopened days later with orders only to give an H1N1 shot to high-risk people, such as children.

Within days, word of the private shots leaked out to the media and both the Flames and health officials were delivered a broadside of anger from the public.

After Ms. Anderson's investigation, both Ms. Hyman and her supervisor were fired. Ms. Anderson told the inquiry the pair displayed "exceedingly poor judgment" by giving the Flames the shots in private, but said the dismissals were about more than that. She didn't elaborate on any of the other reasons.

Ms. Bosch insisted that in the long run it was still better to give the Flames the shots in private. 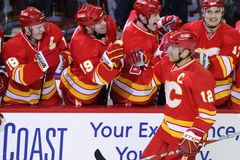 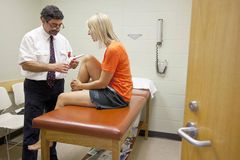 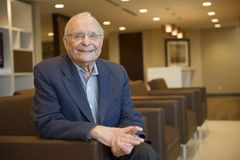