A law professor originally from Toronto was killed in a targeted attack in his Florida home, police said Monday.

Officers found Dan Markel, 41, suffering from a gunshot wound around 11 a.m. on Friday after a neighbour called 911 upon hearing a loud bang. The father of two young boys was rushed to hospital, where he died Saturday morning.

In an update on Monday, the Tallahassee Police Department said Prof. Markel was not killed in a random act of violence.

"The initial investigation has provided no indication that this case is connected to a burglary or robbery and investigators are assuring residents there is no evidence this was a random act," a police press release says. "Neighbourhood residents should continue to be vigilant but it appears at this time that Mr. Markel was the intended victim in this incident."

Tallahassee police do not have any suspects in the shooting death. Investigators have set up a tip line dedicated to the investigation and are appealing to anyone who was in the area on Friday morning to call police. The department also announced a reward of up to $1,000 for information leading to an arrest.

"TPD will work tirelessly to follow up on all leads and evidence in this case and our thoughts and prayers are with the Markel family as they endure this terrible tragedy," Police Chief Michael DeLeo said in the statement. "My investigators will do everything they can to see those responsible for this murder are brought to justice."

Prof. Markel was raised in Toronto, where his parents, Phil and Ruth Markel, still live.

"He was so well-loved by so many people. It's just so sad," said Sandler Dickson, the fundraising vice-president of the board at Congregation Shomrei Torah, the Tallahassee synagogue Prof. Markel attended.

Shomrei Torah held a memorial service for Prof. Markel on Sunday, which Mr. Dickson said attracted more than 200 mourners, including students and colleagues from Florida State University's College of Law and Prof. Markel's parents and sister from Toronto. The congregation is raising money to plant trees in Israel in Prof. Markel's memory.

Mr. Dickson said Prof. Markel will be brought home to Toronto to be buried.

Mr. Markel, a Harvard graduate who taught criminal law at Florida State University, founded Prawfsblawg, a popular blog for legal scholars. Remembrances and condolences for the slain professor flooded his blog over the weekend, with many of the posters praising Prof. Markel as a dedicated teacher with a keen and curious mind.

"All of us here on Prawfsblawg live in different places and come from different backgrounds," a group of regular contributors to Prawfsblawg wrote in announcing Prof. Markel's death. "What we have in common, with many others, is Dan. His network of friends and loved ones – and he had a great deal of love for all his many friends, as we did and do for him – is enormous. His boundless energy was at the center of this community; it made it run, it gave it life."

Paul Horwitz, a University of Alabama law professor and frequent Prawfsblawg contributor who also grew up in Toronto, said by e-mail that Prof. Markel "was a warm, thoughtful, compassionate person, a terrific scholar, a tremendously engaged and active thinker and eloquent speaker, a loving father – one friend used the word 'besotted,' and I think that's exactly right – and a great friend to so many."

Prof. Markel's Facebook page is filled with pictures of his sons, including one of the boys nestled in bed with the caption: "A magical weekend with the boys capped off by them just falling asleep in my arms during song time!" One Florida media outlet reported their ages as 3 and 5.

The Tallahassee Democrat reported Sunday that Prof. Markel was in the midst of divorce proceedings from his wife, Wendi Adelson, also a professor at FSU's College of Law.

Prof. Markel wrote widely on legal issues, including for The New York Times, The Atlantic and Slate.

Mark Drumbl, a law professor at Washington and Lee University in Lexington, Va., who knew Prof. Markel professionally, called him a courageous thinker and writer.

"It's the loss of someone who was a real vibrant intellectual contributor and would have done this for another 25 or 30 years," said Prof. Drumbl, who is originally from Montreal. "To me, the loss of that voice, it's something that's going to be felt."

The CV on Prof. Markel's personal website indicates he had been studying and working outside Canada for more than 20 years. He graduated from Harvard College in 1995 and went on to the University of Cambridge before graduating from Harvard Law School in 2001.

Prof. Markel married in 2006, according to a New York Times wedding announcement that described his father, Phil, as the president of an apparel warehousing and distribution business in Toronto and his mother, Ruth, as the owner of RNM Enterprises, a Toronto consulting company. She wrote a 1985 book called Room at the Top: A Woman's Guide to Moving Up in Business. 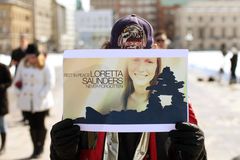 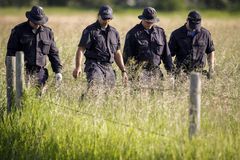 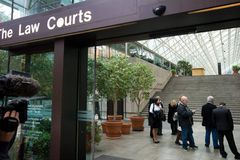 Follow Jill Mahoney and Kelly Grant on Twitter @jillsmahoney @kellygrant1
Report an error Editorial code of conduct
Due to technical reasons, we have temporarily removed commenting from our articles. We hope to have this fixed soon. Thank you for your patience. If you are looking to give feedback on our new site, please send it along to feedback@globeandmail.com. If you want to write a letter to the editor, please forward to letters@globeandmail.com.
Comments are closed