In April of last year, the day before he was to leave for a three-week Asian lecture tour, James Stewart went to his barber for a haircut. “As I stood up to get out of the chair, we all heard – crack!” Mr. Stewart says as if recounting a home-run shot. “It was my left hip breaking.”

Doctors found the millionaire Toronto mathematician had developed multiple myeloma, a cancer that attacks bone marrow as well as kidneys. They gave him a new hip, and chemotherapy, to no lasting effect. His doctor, a former calculus student, tells him he has less than a year to live.

Mr. Stewart was little recognized outside math circles until he built Integral House, the $32-million architectural showpiece where he lives, and which contains one of the city’s most coveted concert spaces. For the past eight years, a series of benefit concerts have brought the likes of Philip Glass and Measha Brueggergosman into his home, and he is arranging to have those events continue as long as possible after his death. 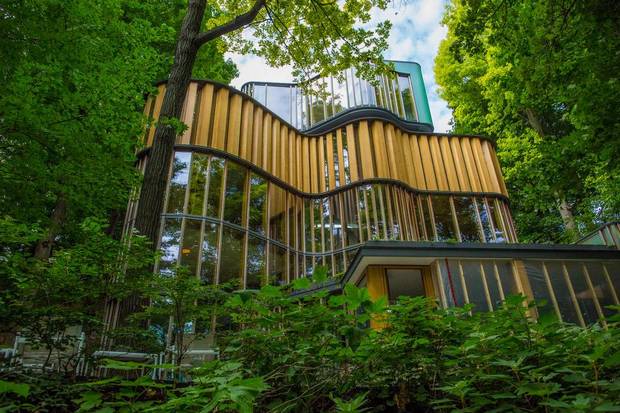 An exterior of Integral House Friday, August 29, 2014. (Tim Fraser for The Globe and Mail)

But while the music plays on, real estate agents will be quietly looking for a buyer for the house, and when they find one, Mr. Stewart’s executors will give most of the money to his favourite arts and scientific organizations.

“I’m sure the Toronto Symphony and the Canadian Opera Company and many other organizations could use an extra million dollars or so,” he says.

He also mentions the Glenn Gould School, the National Youth Orchestra and the University of Toronto’s music faculty, where he wants to endow a resident string quartet, and the Fields Institute, a U of T mathematics body. His bequests will have a wide and immediate impact, because he’ll be giving cash to fund operations, not to put his name on a building.

Mr. Stewart, who is 73, looks a bit frail and moves cautiously on his artificial hip, but he’s still up for giving me a complete walk-through of his beloved multilevel home in Rosedale. The heart of the building is a tall, wide, balconied room facing onto a ravine. The glass wall follows a curve that some people see as an allusion to the shape of a guitar, or of the grand piano that stands near one end. The room can handle an audience of about 150, and has become a target destination for fundraising performances by the likes of Soundstreams and Necessary Angel Theatre Company. 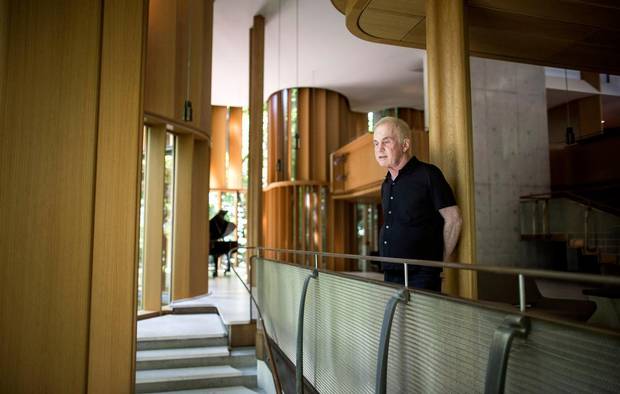 “It really has enriched my life,” says Mr. Stewart, who was also an accomplished violinist until arthritis forced him to stop playing two years ago. “Steve Reich premiering a new piece here, and Philip Glass performing here – I never would have met these people otherwise.” Jose Antonio Abreu, founder of Venezuela’s El Sistema music education program, came here after winning the Glenn Gould Prize in 2008, for a performance by members of the Simon Bolivar Youth Orchestra. “That was a thrill for me, one of the best.”

The architectural press was buzzing about Integral House even before it was completed in 2008. Toronto architects Brigitte Shim and Howard Sutcliffe gave their client a curvaceous, light-filled home that expands downward into the ravine. The architects extended their design idea into everything, including furniture and kitchen cabinets. 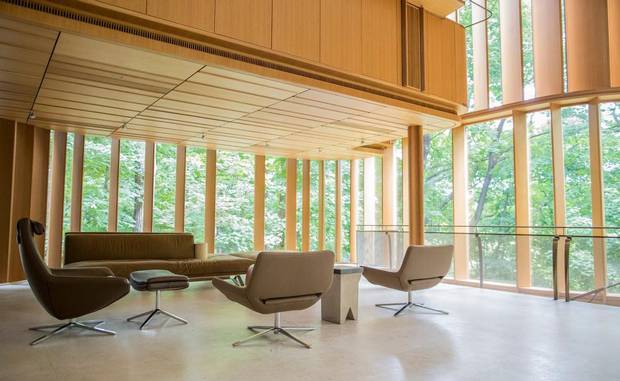 A seating area inside the concert hall of James Stewart's Integral House in Toronto. (Tim Fraser for The Globe and Mail)

He reckons he has had two great pieces of luck in his life, one of them growing out of the other. The first came after he followed the suggestion of a couple of his students at McMaster University that he write a calculus textbook. That book, now in its eighth edition, has become a standard text, followed by others that made Mr. Stewart a wealthy man. The money, and his interest in architecture, got him talking to architects about a house where he could continue, on a larger scale, the chamber music evenings he had held in previous houses.

“I said, ‘I have two principal requirements. I want curves and I want a performance space,’” Mr. Stewart says. After three years of searching, he chose Ms. Shim and Mr. Sutcliffe, who worked on designs for three more years before construction began. It took another six years to build the five-storey, 1,672-square-metre house.

Arts organizations started asking about the performance space even before the house was done. The consensus since then is that it’s a fantastic room for music, and for bringing people together. 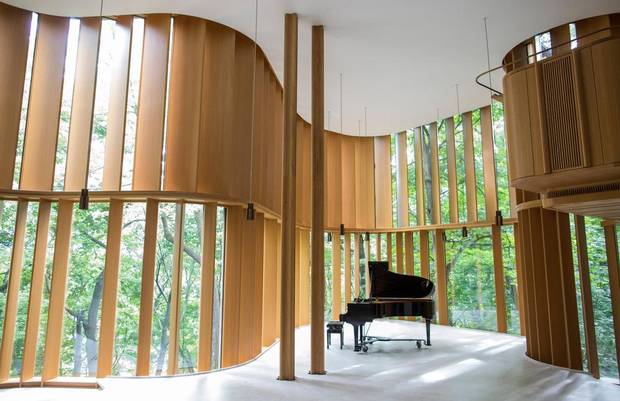 The Concert Hall of James Stewart's Integral House in Toronto. (Tim Fraser for The Globe and Mail)

“How did my calculus book become far and away the best-selling calculus book in the world?” he says. “And how did it happen that my idea for a house developed into this wonderful creation? In both cases, they took on a life of their own.”

He knows now that both will soon outlive him. He thought of setting up a foundation to keep the house going as before, with eight or 10 benefit concerts a year. But the complexities of that option were daunting, and it would only have been viable for as long as royalties on his book sales remain robust – “several years,” he estimates.

It will probably take two years to find a buyer for the house. During that time, the executors will continue to let Mr. Stewart’s favourite groups organize concerts. There are some individual beneficiaries in his will, he says, “and they will receive something, not just then, but over the years from royalties.”

His remaining worry is that “the future owners might not be so amenable to have architects and architecture students take tours through the house,” he says. “And it would be a shame if the kind of events I hold were to stop.” 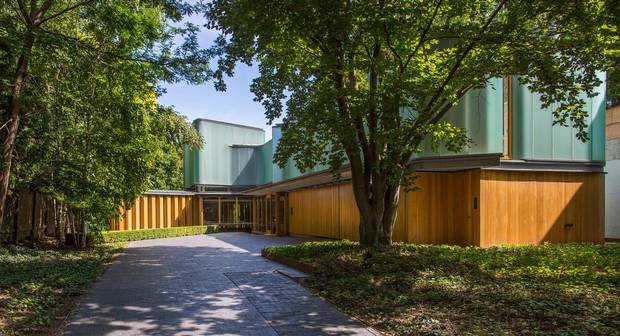 A street view of James Stewart's Integral House in Toronto. (Tim Fraser for The Globe and Mail)

Even before his illness had been revealed, Mr. Stewart had sketched out his own memorial concert program, with Ms. Brueggergosman singing Strauss’s Four Last Songs. “But then I started thinking, ‘Damn, I’m going to miss that!’ So a friend said, ‘Why not do it before you die instead of after?’” That should be manageable, given the somewhat predictable arc of his likely cause of death.

“I will die of kidney failure, and my doctor says that kidney failure is one of the better ways to go,” he says. “I don’t want extraordinary steps taken, and will refuse things that will make me live longer in an unpleasant way. In particular, I’m rejecting dialysis.

“When the levels of creatinine [a muscle-use byproduct cleared by the kidneys] start to rise, I’ll know that the end is coming within a month or two,” he says. “And then I’ll ask Measha whether she would be available within that time frame.”

Whatever storms of the spirit he has endured since his diagnosis, Mr. Stewart seems matter-of-fact about his end. But I doubt his beloved concert room will be a tranquil place when he and his friends hear the soprano sing Strauss’s luminous final phrase: “is this – perhaps – death?”