A former priest accused of sexually abusing dozens of Inuit children in a remote Arctic community took the witness stand Tuesday and denied all charges against him.

Eric Dejaeger pleaded guilty to eight counts when his trial began in November, but on Tuesday he said he committed none of the remaining 68 assaults he's accused of. They stem from his time in Igloolik, where he was posted as an Oblate missionary between 1978 and 1982.

"It's not true at all," said Dejaeger, speaking quickly with a Flemish accent.

Dejaeger confirmed earlier reports from The Canadian Press that legal officials tacitly encouraged his flight to Belgium in the mid-1990s after he had served time for one set of sex offences and learned that he would be charged again.

"I was free," said the Belgian-born accused, referring to the time in 1995 after he was released from prison.

"I was out of jail. I was out of probation. I went to see my lawyer again. He told me, 'You have at least two years, or write me a card from Belgium.' I understood him."

Dejaeger returned to his home country, where he fulfilled several functions for the Oblates until he was returned to Canada in 2011.

Earlier in the trial, Crown prosecutors produced a long line of witnesses from Igloolik, who recounted a list of terrible assaults. Court heard Dejaeger abused children in his bedroom, on a piano stool, a kitchen counter, in hunting camps and in a common room while other children coloured pictures of Bible stories nearby.

On Tuesday, Dejaeger said none of it happened.

Defence lawyer Malcolm Kempt took his client through the particulars of each of the charges, all of which Dejaeger denied.

The former priest went on to question the memory of Crown witnesses, who were all young children at the time.

He said the mission in Igloolik had no piano. He denied teaching religion classes to small children.

To accusations that assaults took place in the mission's confessional, Dejaeger said he never gave confession since his Inuktitut wasn't good enough. To charges from several witnesses that he gave them a pill before assaulting them, Dejaeger said he couldn't have found an Aspirin in Igloolik, let alone a tranquilizer.

He couldn't have assaulted a boy in a tent at a hunting camp, said Dejaeger, because the boy "was still bed-wetting so it wasn't very pleasant."

To charges that he rewarded victims with cookies, Dejaeger responded that priests in Igloolik had to bake their own and he doesn't know how.

He denied that he commonly wore his priestly robes, a frequent point of witness testimony.

Describing the assaults he did plead guilty to, Dejaeger said that, in every case, they involved the victim appearing alone and unannounced at his room. He fondled the victims over their clothes and that was it, he said.

"All in the bedroom, all alone, all by them wandering into your room and you take advantage of them?" asked defence lawyer Malcolm Kempt.

Dejaeger's testimony was preceded by a defence request to drop 10 charges. Justice Robert Kilpatrick, who is hearing the case alone, agreed Monday to drop three of them because the witness didn't appear to testify. The judge dropped another charge Tuesday.

The trial includes allegations from Feb. 19, 1995, when Dejaeger was originally charged with three counts of indecent assault and three counts of buggery, a charge no longer in the Criminal Code.

That year, Dejaeger had just completed a five-year sentence on 11 counts of sexual assault and indecent assault against children in Baker Lake, where he was posted after Igloolik.

He was scheduled to return to court on the Igloolik charges on June 13, 1995, but never showed. By then, he was in Europe.

Dejaeger was eventually returned in January, 2011, when a Belgian journalist realized that Dejaeger had lost his Belgian citizenship in 1977 when he became a naturalized Canadian. He had been living in Belgium since 1995 without a visa and was kicked out. 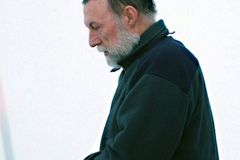 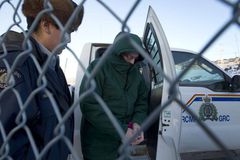 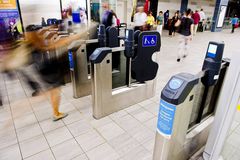 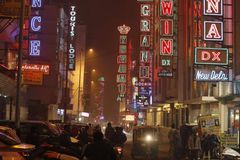